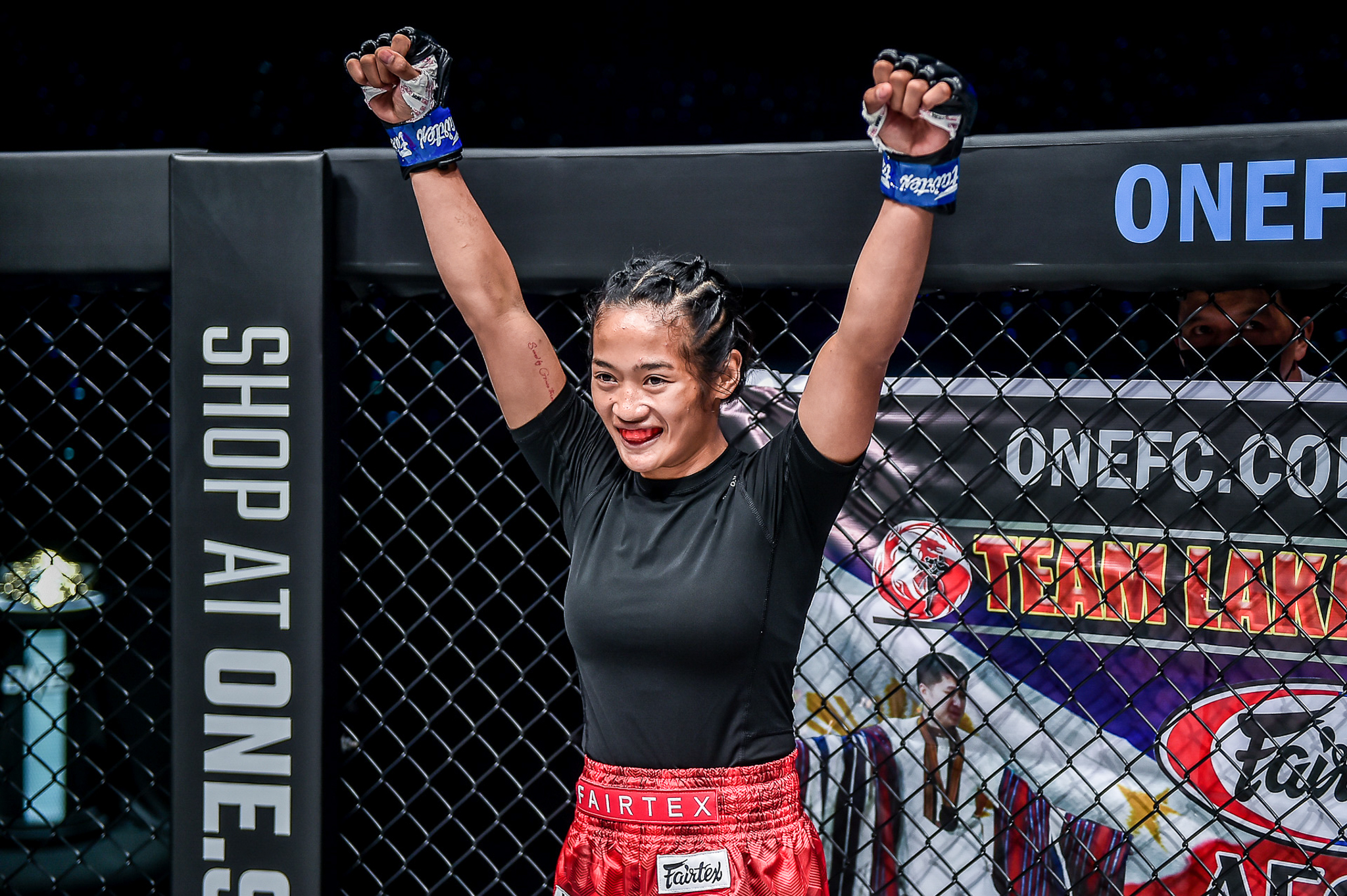 Rising Filipino mixed martial arts star Jenelyn Olsim will return to action on Feburary 11, as she takes on Malaysian’s Jihin “Shadow Cat” Radzuan in a three-round encounter at ONE: BAD BLOOD in Singapore.

Originally set to meet last November at ONE: NEXT GEN II for the ONE Women’s Atomweight Grand Prix alternate bout, the two fighters parted ways as Olsim was called to step up for the injured Itsuki Hirata.

Olsim instead faced Indian wrestling queen Ritu Phogat on a short notice where she lost via unanimous decision.

Coincidentally, it was Hirata again who will be dropping out of the fight due to injuries, giving Olsim a chance to square off with Radzuan.

“I’m super back in action this February and I’m excited to fight again,” expressed Olsim.

“I had no idea that it was Itsuki who I will be replacing again. Maybe it’s a fortunate coincidence? Anyhow, I think she’s a great fighter and I wish her the best.”

Raised by world level strikers in the Baguio-based gym, Olsim proved that she can also hold her ground against a wrestling champion in Phogat.

The Team Lakay stalwart fought fearlessly against Phogat, taking the night to the judges’ decision.

Despite losing the fight, Olsim won in terms of experience.

“My fight with Ritu taught me to be more focused, that I need to have that presence of mind and to execute the game plan in actuality. On the training aspect, nothing has changed. All I have to do now is to execute,” said Olsim.

“I can say that I really learned a lot from that loss, but that loss has made me way more driven and more aggressive. Like what coach Mark [Sangiao] always says, it’s either we win or we learn.”

With her improved arsenal, the Igorot warrior is set to the road of redemption.