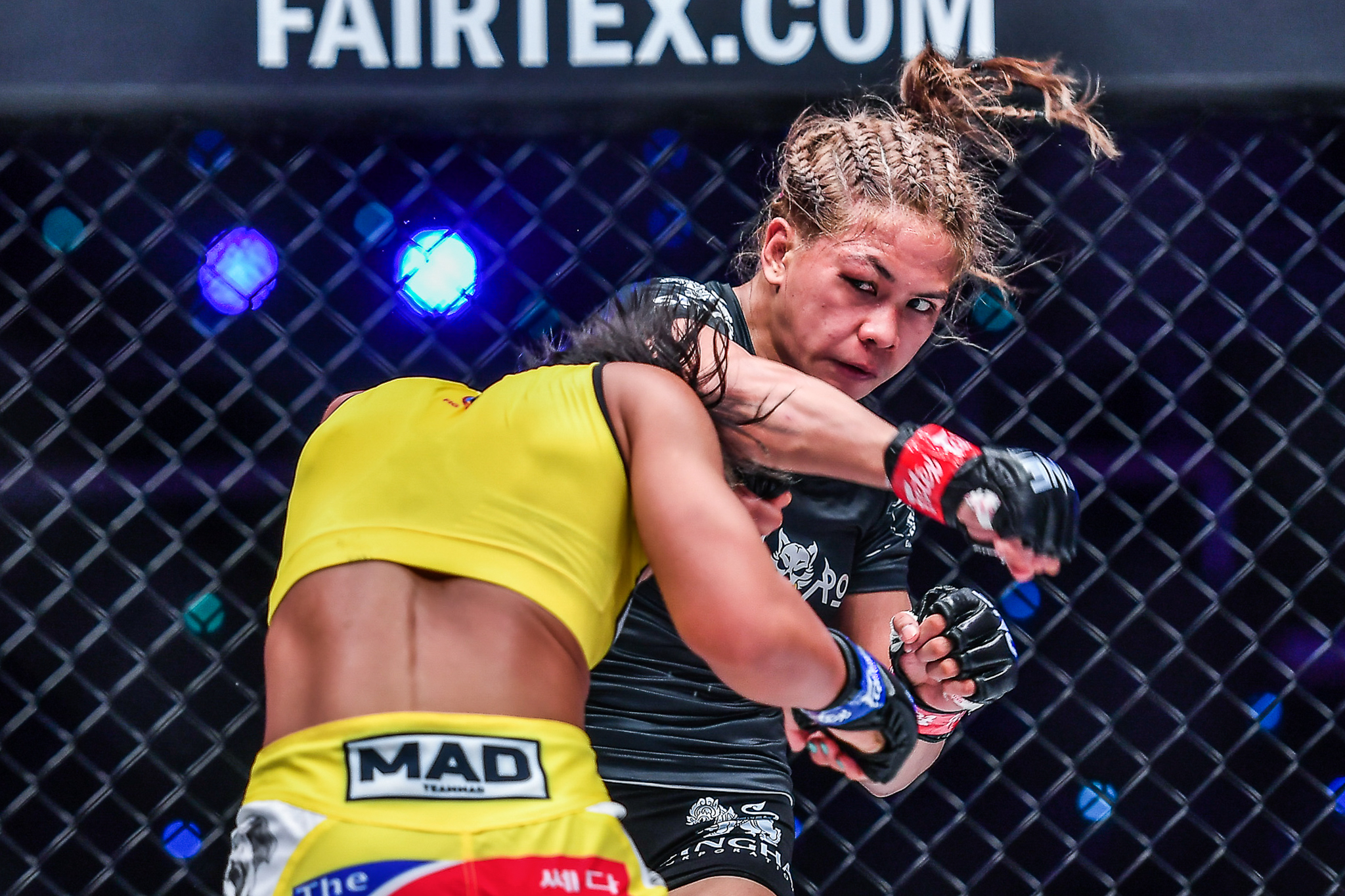 Women’s atomweight no. 2 ranked Denice Zamboanga’s prayers are answered with a much-anticipated rematch against Ham Seo Hee at ONE Championship’s 10th anniversary showdown on March 26.

The two fighters first met at ONE: EMPOWER for the ONE Women’s Atomweight Grand Prix quarterfinals last September where Ham scored a debatable split decision win against Zamboanga.

Now, Zamboanga wants to clear things up and prove that her hands were the deserving one to be raised that night.

“I can’t explain the excitement! This is what I have been waiting for even after our first fight,” said the Marrok Force standout.

That night, Zamboanga was taking control of the fight for all three rounds, including a takedown on round three but the judges saw differently.

Even ONE Championship chairman and CEO Chatri Sityodtong intervened and elevated the match to the ONE competition committee which upheld the decision for the fight.

“I’m okay now and I’ve moved on from that decision. I’m using that to push myself to train more,” said Zamboanga, who experienced her first professional lost.

The top atomweight contenders book a rare ticket to ONE’s historic event featuring Bibiano Fernandes going up against John Lineker for the bantamweight belt, Angela Lee trying to defend her atomweight throne versus Stamp Fairtex, Adriano Moraes locking horns with Yuya Wakamatsu for the flyweight championship, and a unique clash between Demetrious Johnson and Rodtang Jitmuangnon.

“This fight is really important for me because all of the athletes here dream to become a champion. And I can say that this match will be a stepping stone for me to finally be given a chance to challenge the champion,” expressed Zamboanga.

“This is so special for me because I will be part of history. Just look at the title fights on this card, and how it’s stacked from top to bottom and you can see how great the matches and the fighters are, so I’m really blessed to be part of it.”

The “Lycan Queen” is so pumped for the night as she promises to display a variety of Denice Zamboanga never shown before.

“You will see how much I have improved since the last time I fought inside the ONE Circle. I can’t put it into words, but you will see the leveled-up version of me: one who is more feisty and will definitely be eyeing for a finish,” stated Zamboanga