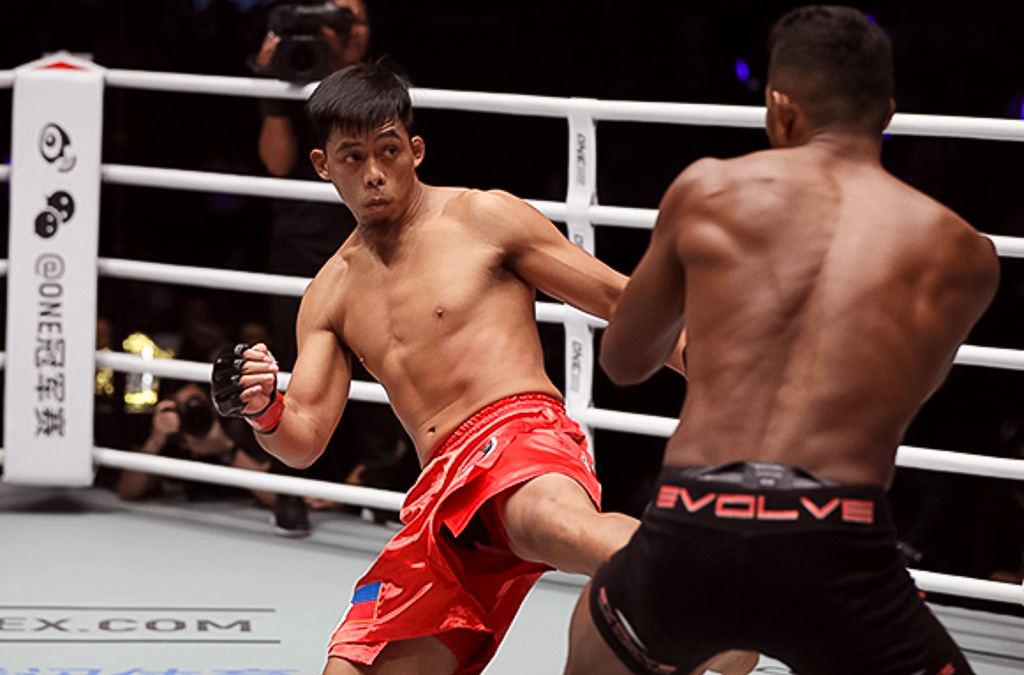 Team Lakay’s Honorio “The Rock” Banario will return to the Mall Of Asia Arena in Manila on August 2 to face Timofey Nastyukhin in the semi-finals of the ONE Lightweight World Grand Prix at ONE: DAWN OF HEROES.

Banario was eliminated from the tournament when he failed to overcome Lowen Tynanes’ superior wrestling and groundwork at ONE: HERO’S ASCENT. Banario ended up getting knocked out in the first round when he got caught in a mounted crucifix and Tynanes went on to advance to the semi-final round.

Due to unfortunate events, however, Tynanes has suffered another back injury amidst his preparations for Nastyukhin and was forced to withdraw from the tournament. This paved the way for the former world champion to get back into the mix of the ONE Lightweight World Grand Prix.

Tynanes is the second to fall to injury in the tournament after Ariel Sexton was also sidelined on the other bracket.

“I’m truly grateful to be given this second chance at the Grand Prix by ONE Championship,” Banario said.

“Opportunities like these in the world of martial arts are diamonds in the rough and this is definitely something that I will not allow to pass me by. It’s truly unfortunate about what happened to Ariel [Sexton] and Lowen [Tynanes] and I wish for their fast recovery.”

Nastyukhin has proven to be a formidable striker in his ONE Championship stint to date, including a recent performance at ONE: A NEW ERA where he knocked out four-time lightweight world champion Eddie Alvarez in the first round.

Banario on the other hand has also had his fair share of highlight reel knockouts during his time in the ONE Circle. It will be difficult to distinguish who among the two powerful strikers will prevail, although Banario says he and Nastyukhin are quite different.

“I think Timofey and I have different striking skills,” Banario said.

“He is more explosive and aggressive while I prefer to be accurate and bide my time with my attacks. He is a very dangerous striker and I respect his skills as a martial artist but I will not allow myself to lose just yet.”

Banario has a lot to be thankful for lately and he wants to show his gratitude with the best performance of his entire career.

“I am not one to give a prediction but you can expect me to give everything I have and more until the very end,” Banario concluded.

“I want to show my appreciation to ONE Championship by giving them a performance worthy of a world champion as well as give my fellow Filipinos something to cheer about.”