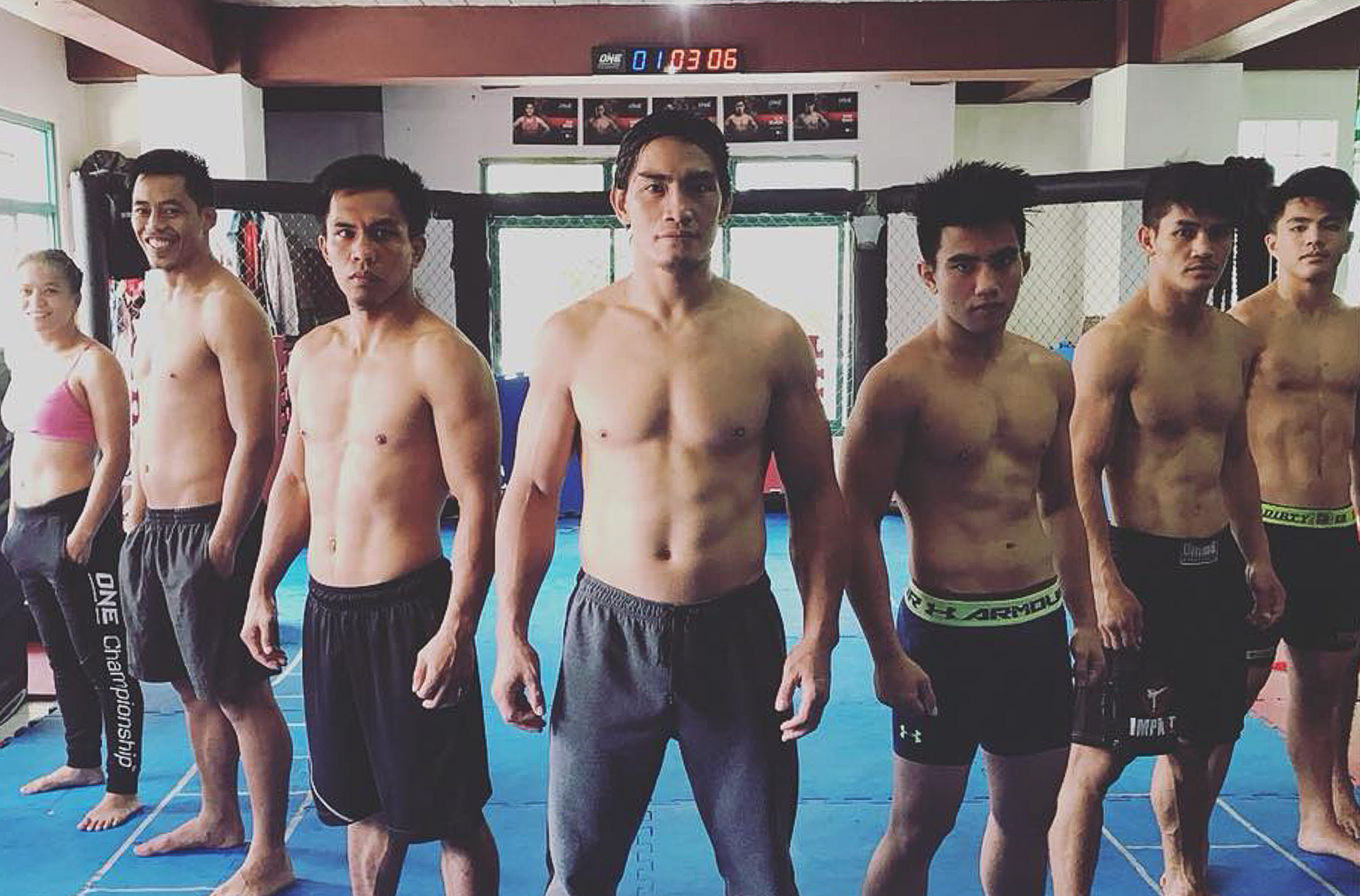 Former two-time ONE Lightweight World Champion Eduard “Landslide” Folayang and other Team Lakay veterans could not wait to see their youngest brother, Jhanlo Mark Sangiao compete inside the Circle of ONE Championship.

Sangiao still has no upcoming schedule for his debut but the Baguio-based stable’s veterans each has something to part to Jhanlo before he steps inside the international stage of mixed martial arts.

“I’m super excited for Jhanlo in his debut in ONE Championship,” said two-time former ONE Lightweight World Champion Eduard Folayang, summing up the emotion inside the gym.

“He is very creative in his submissions and he has that undeniable power in his hands.”

Being the son of legendary coach Mark Sangiao, Jhanlo grew up inside the gym watching his manongs train and fight, sometimes being their sparring partner.

“It seems like yesterday when he was just a kid, running around the gym playing, grabbing our neck and trying to submit you. It’s amazing how far that kid grew into a fine young man,” said former ONE Featherweight World Champion Honorio Banario.

“This young man can bring fireworks and a lot more. He’s a complete athlete and a second coming of his father.”

Former ONE Bantamweight World Champion Kevin Belingon shared that it still feels surreal seeing the kid that was just playing with them before will actually compete in the same division as him.

However, far from the usual approach of the stable, Sangiao is the compilation of all the experiences Team Lakay have gathered through the years, mastering the craft of striking and being adept in the ground game.

“People should look at the compilations of our experiences with these new breeds,” said former ONE Flyweight World Champion Geje Eustaquio.

“They shall see the beauty of our transformations. They will also see the real value of teamwork and brotherhood in these young talented athletes.”

With all the types of kuyas to guide him, everyone in the gym believes that Sangiao can soon join them and clinch the golden plated strap.

Belingon advised Sangiao that he should just focused on his goals and keep improving to which Folayang agreed saying that his hard work and patience will pay off as long as he’s on the right track.

While Banario is 100% sure that Sangiao will be a world champion someday seeing that Sangiao is well-driven and has good discipline.

“This kid has always been guided by the people surrounding him since the start,” said Eustaquio.

“He has seen how his manongs work and perform inside and outside of the competitions. I think that’s the best advice he can follow, that he should not take things lightly in the pro league. He should consider every opponent here as monsters who are all hungry for victory.”

Reigning ONE Strawweight World Champion Joshua Pacio is the most excited to Sangiao’s debut and most confident that he will soon join him at the peak of their respective divisions.

“Mark my words: Jhanlo is a different breed. I felt his strength and it hits differently; you can sense his explosiveness. You’ll see a young, confident, and well- rounded athlete when he steps inside the circle,” said Pacio.