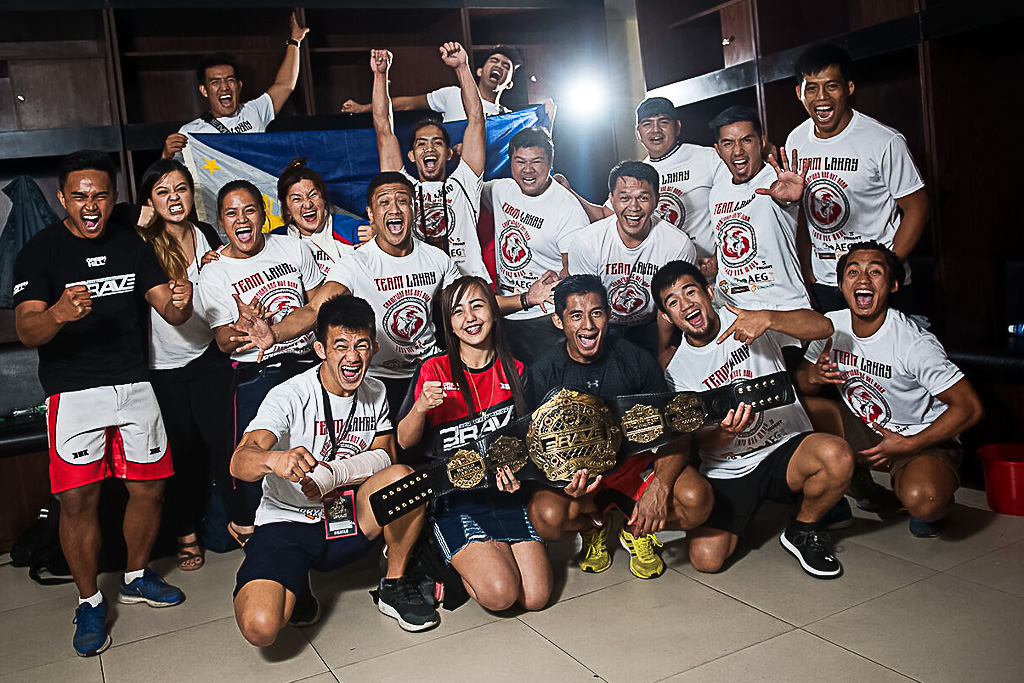 Brave 22: Storm of Warriors was an unforgettable night for MMA in the Philippines, as the local fighters edged out the international athletes in the five fights that pitted Filipinos against the rest of the world.

Bantamweight champion Stephen Loman led the Filipino cause with a dominant victory over French-Algerian challenger Elias Boudegzdame in the main event.

Loman’s win untied the score, which ended up at 3 victories against two defeats in the five fights between the Philippines and the rest of the world. Aside from “The Sniper”, Rolando Dy and Jomar Pa-ac also came out victorious in their matches against Pakistan’s Mehmosh Raza and India’s Satya Behuria, respectively.

In turn, John Cris Corton wasn’t able to keep up with Finland’s Abdul Hussein, as “ABBA” submitted the Filipino warrior in the first round with a rare ninja choke. Jason Vergara was the other Filipino fighter who lost to an international fighter. In a quick but entertaining fight, he tapped out to Bahrain’s Hussain Ayyad, who was able to lock in a triangle choke in the very first round.

Brave 22: Storm of Warriors showcased some of the best MMA offered by the Philippines, as the biggest stars in the country collided with international fighters. The groundbreaking show was co-headlined by a great matchup between New Zealand’s John Brewin and Ireland’s Cian Cowley, while three bouts were between Filipino fighters, as Brave continues to provide local athletes with global opportunities.