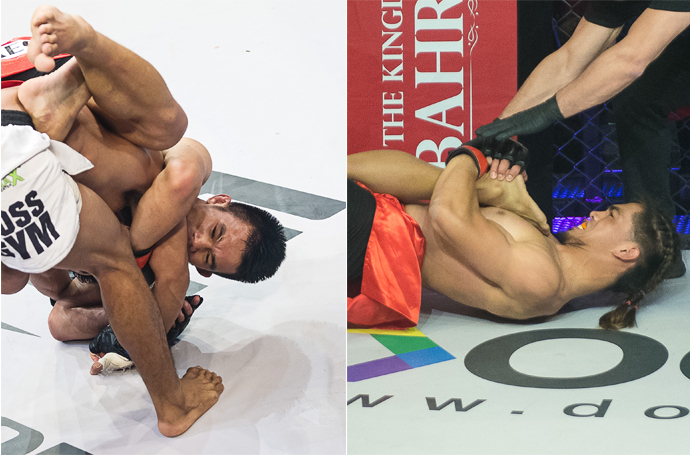 Brave Combat Federation made a historic debut in the Philippines, as the local fans cheered on one of their own, in Bantamweight champion Stephen Loman. “The Sniper” dominated his main event bout against Elias Boudegzdame, eventually landing a finishing blow to walk away with the technical knockout.

However, Loman’s wasn’t the only finish in the stellar fight card. Actually, out of the nine bouts that took place at the iconic Mall of Asia Arena last Friday, six of them ended in finishes, an encouraging 66,6% rate of finishes to kick off the new year.

Aside from the champ’s KO, another Filipino finished his fight with his fists. Rolando Dy needed less than a round to knock out Pakistan’s Mehmosh Raza, who’s the owner of Brave’s fastest submission. Speaking of which, there were four tap-outs during the fight card.

The most exquisite one was a kneebar, locked in by Harold Banario, who made his Brave debut one to remember, with a decisive victory over Ariel Oliveros. Another rare move was used by Abdul Hussein. In his Flyweight preliminary bout against John Cris Corton, the Finnish standout locked in a ninja choke to make his opponent quit.

Brave Bantamweight contender Jeremy Pacatiw dominated his countryman Marc Alcoba throughout the first two rounds before attacking with an armbar to add yet another finish on his Brave resume.