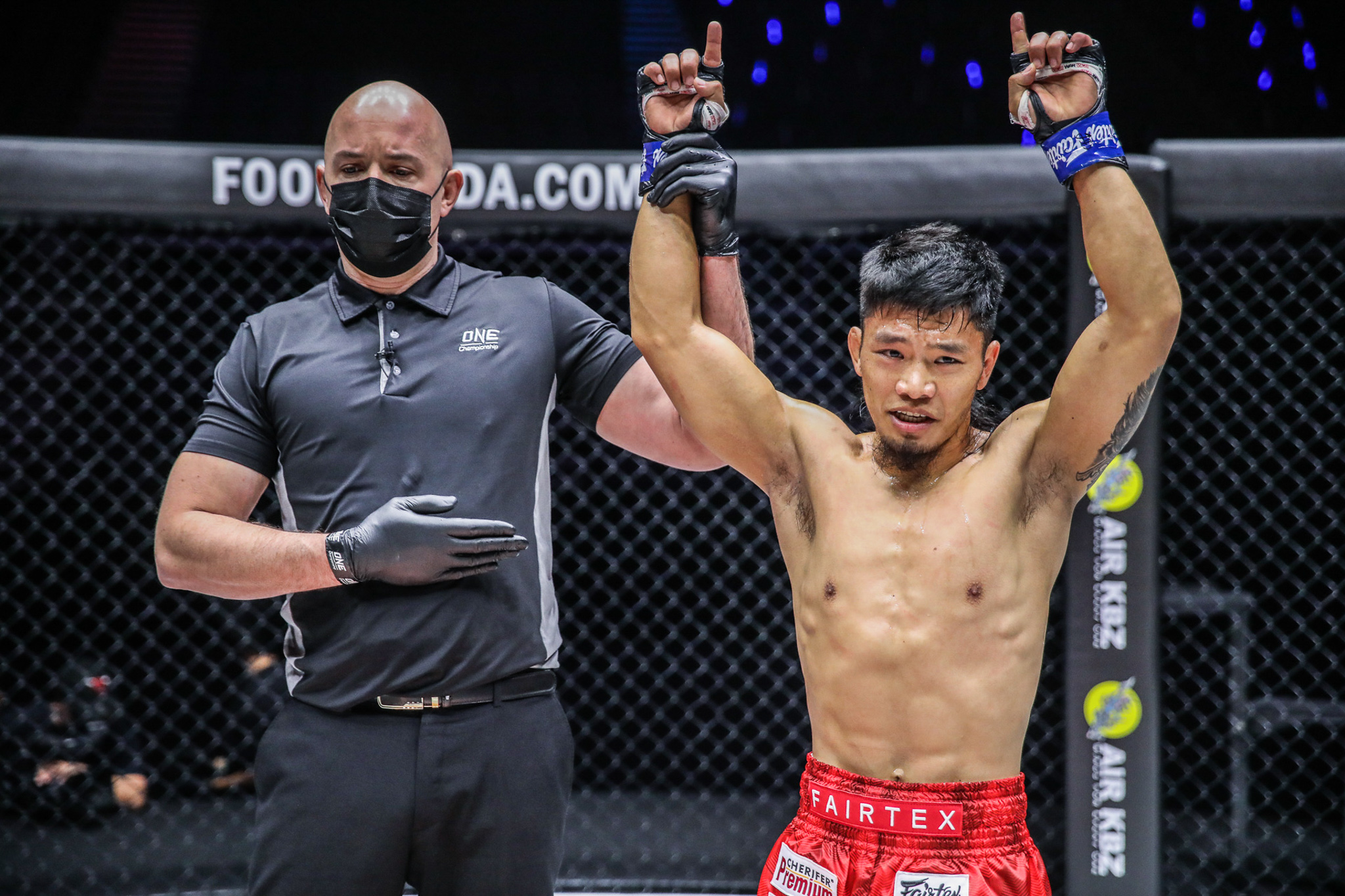 Team Lakay marks its decade-long relationship with ONE Championship off to a flying start, with strawweight sensation Lito Adiwang getting his much awaited win when he knocked out Namiki Kawahara to open ONE: Unbreakable Friday evening in Singapore.

A left hook by the Thunder Kid put the Japanese replacement to sleep, earning a second round knockout and more importantly, sending an electric message to a stacked division in which his teammate Joshua Pacio currently holds the belt.

“It’s been tough for me,” an overjoyed Adiwang said to commentator Mitch Chilson after the fight, in which he aims to get his deserved rematch against Hiroshi Minowa.

Adiwang (12-3) endured a tough stretch to end 2020 on and off the mat, where he only saw his win streak of seven snapped when he was at the wrong end of the controversial split decision defeat to Minowa at Inside the Matrix 3, but also lost his mother on the penultimate day of the year after a long bout with illness.

The Filipino fighter came to dominate right from the opening bell, firing in several kicks to the leg and body that negated the size of the Japanese who stepped in for his original opponent Hexigetu.

With the opening round giving him the momentum he needed, Adiwang flashed a left hook right on the button of an onrushing Kawahara, with referee Olivier Coste waved off the contest with 2:57 remaining in the penultimate round.

The win was sweet for him, as he now made his mission clear to dedicate his future bouts to her late mother who brought him to life.

“We’ve been through a lot,” remarked a now emotional Thunder Kid.

It has been a year since he made his main stage debut in such style, but there are lessons to learn since he subdued Pongsiri Mitsatit in front of the home crowd at Fire and Fury.

Stated Adiwang,”[It’s] more on the controls on the game and how can I last longer and how I can improve on the transitions.”