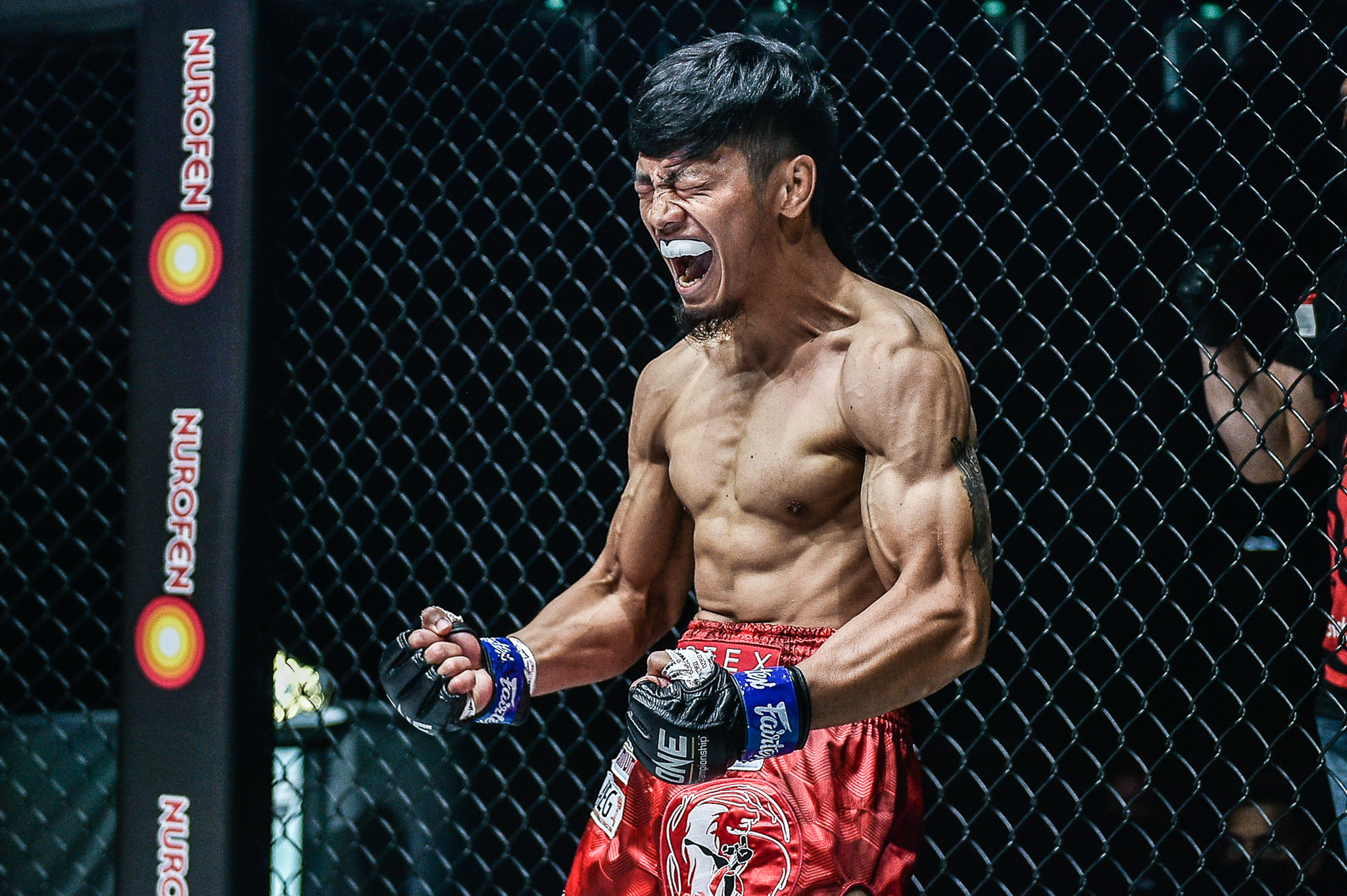 The worst enemy for a striking prodigy is a grappling champion.

But Lito “Thunder Kid” Adiwang is just hyped to give China’s “Wolf of the Grasslands” Hexigetu a night he will definitely remember as he pledges to show the best version of himself.

After a getting their fight cancelled last January the two fighters will finally face off at ONE: REVOLUTION this September 24.

Hexigetu dropped the fight due to some issues with COVID-19 and Adiwang was forced to fight Deep Strawweight Champion Namiki Kawahara who was knocked out at the second round, showcasing how explosive the striking power of the ONE Warrior Series alumnus is.

“I’m definitely happy with my performance against Namiki,” shared Adiwang.

“I can say that I have regained my confidence. Since that win over Namiki, my focus has just been on an uphill climb that I’m so excited to get back and fight inside the ONE Circle.”

It was definitely a confidence booster for the Filipino superstar coming from a heartbreaking split decision loss to Hiroba Minowa at ONE: INSIDE THE MATRIX III in November last year.

But as the fabled Baguio-based stable go, “either we win or we learn”, Adiwang has picked up a few lessons in his only loss after coming into the Circle for nine times – it’s that he has to follow the game plan, be methodical in his approaches and never let the game reach the judges’ decision.

“Of course, I want to keep our game plan a secret, but all I can tell everyone is that they can expect that everything we planned for is very solid. Coach Mark [Sangiao] has diligently worked with me in preparing me for this, and like in my past wins, I can say that this will be another highlight win for us,” he said, exuding with confidence.

Yet, as a human being, Adiwang is also affected mentally by the impact of the on-going pandemic and the criticisms which is why he has loosened up in the training and gave himself some rest with his family.

“I’ve been spending my free time with my family because they are the ones who mean the most to me, especially during these tough times. I’ve also picked up a new hobby which is downhill mountain biking to stay active and that really helped me in my preparations for this fight,” he said.

“I’m just trying to improve myself to be a better me in and out of the ONE Circle.”

Make no mistake, though, Adiwang remains wary of the threat of a stellar grappler like Hexigetu who is on a three-fight win streak.

“We have already seen his strengths and his weaknesses and I can say that his biggest weakness is facing me,” Adiwang said definitively.