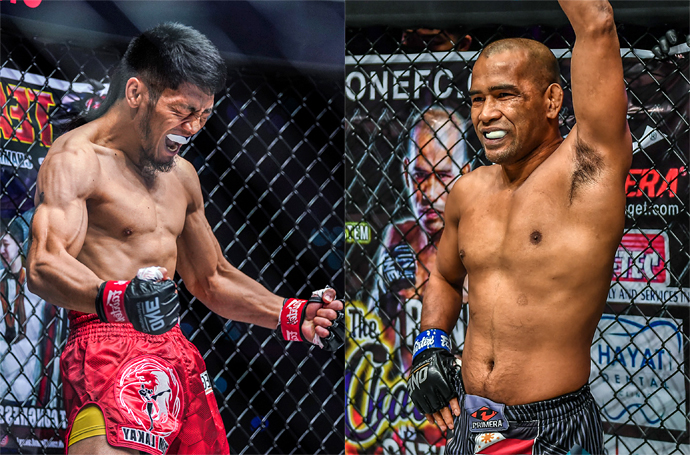 It was an unlucky night for the Filipino fighters at ONE: NextGen III as both Lito Adiwang and Rene Catalan have suffered submission defeats Friday evening at the Singapore Indoor Stadium.

The Thunder Kid had his two-match winning streak snapped by Jarred Brooks in the main event, with the American putting up a wrestling masterclass to win on his ONE Championship debut.

An arm-triangle choke by the Monkey God capped off his dominating performance over the fifth-ranked contender, with the end coming at the 3:07 mark of the second round.

The former UFC veteran was still at a loss for words on his dream start.

“Pinch me,” an emotional Brooks said to Mitch Chilson after hiking his MMA record to 17-2. “I feel like I’m dreaming.”

Furthermore, he’s already sent a clear message to the rest of the division, including the reigning ONE World Champion Joshua Pacio.

“The whole strawweight division has put on notice at this point. I don’t want to seem too cocky, but I do think I am the best in the world.”

“I’ve got a learning experience,” he then said, as he was frustrated that he blew his chances in taking out Brooks.

“I had him, I know he’s tired. That’s his last move already there, but I got caught.”

On the last MMA bout before the headliner, Catalan fell to former ONE strawweight king Alex Silva yet again in the same manner and at the same venue.

The Little Rock finished off the 42-year old with an armbar at the 3:35 mark of the opening round, repeating his win over the Ilonggo fighter eight years ago at ONE: Kings and Champions.

It was the ninth submission win for the Brazilian, who moved up to 11-6 in his pro MMA career.