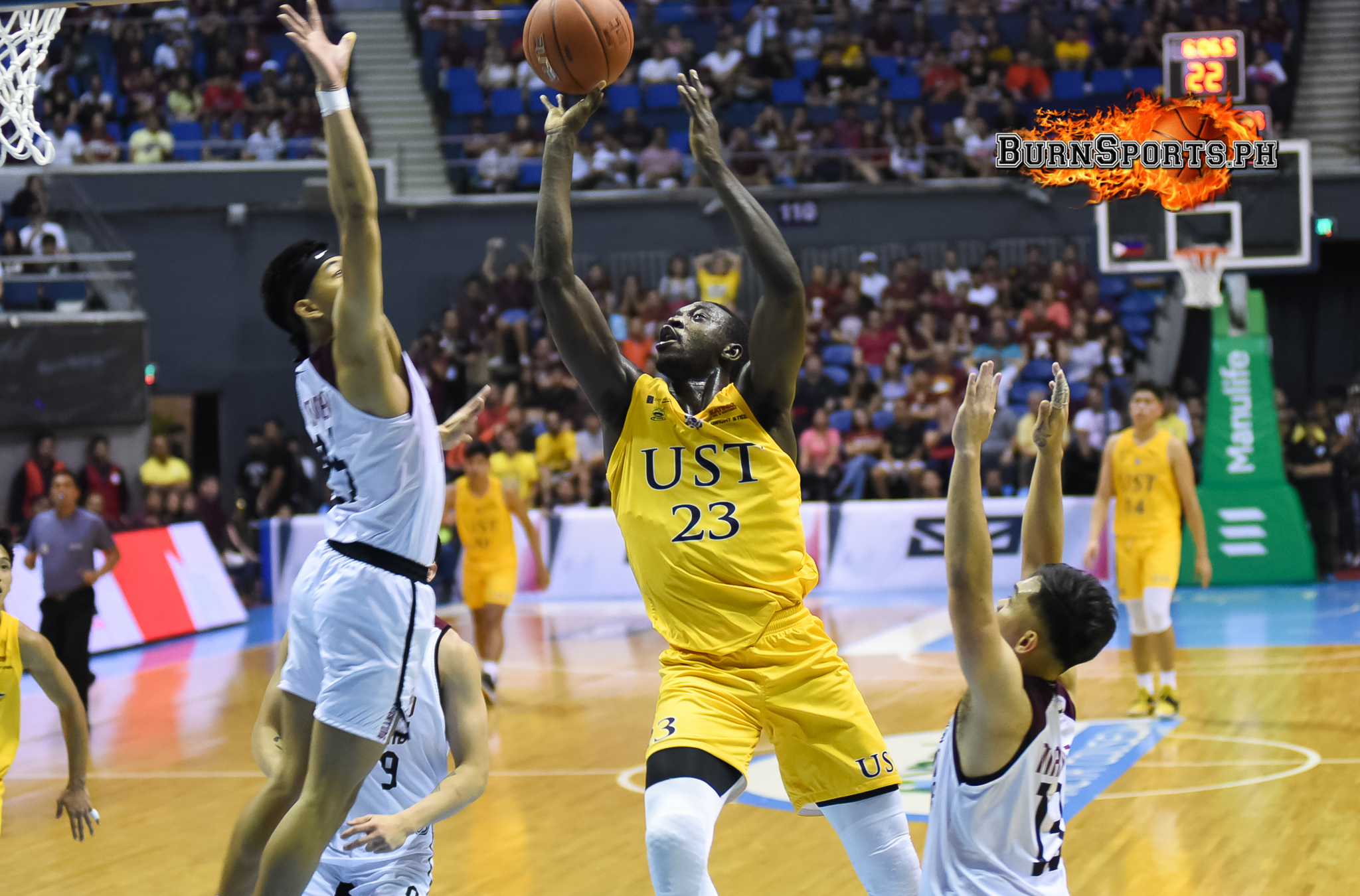 MANILA, Philippines – Though a young team, University of Santo Tomas showed their will against last season’s runner-up University of the Philippines and imposed a convincing 85-69 victory in the UAAP Season 82 men’s basketball tournament, Saturday at the Smart Araneta Coliseum.

The young playmakers led by 14 points in the first half, and only continued its streak all throughout the match, leaving dust behind their backs.

Nonoy and Subido combined for back-to-back triples for an 11-0 blast in the last four minutes of the game. Even as last season’s MVP Bright Akhuetie and stalwart Javi Gomez De Liano lead UP within five, 69-74, UST only kept coming back with their own baskets.

UP went scoreless in the last four minutes as UST cruised to victory.

“Of course, I have to commend the players they played well but I have to give credit also to my coaching staff, the coaches, we came prepared,” UST head coach Aldin Ayo said post-game.

Chabi Yo finished with a double-double record of 18 points and 18 rebounds, on top of two steals, one assist, and one block.

After a quiet performance in their first game against University of the East, Nonoy proved his worth with 16 markers on a 6-of-13 shooting clip, along with five boards and two assists. Subido added 13 points, three of which were triples, on top of three rebounds and three assists.

On the other hand, Akhuetie finished with 19 points and 16 rebounds, while Javi GDL added 15 markers as UP dropped to a 1-1 win-loss record.