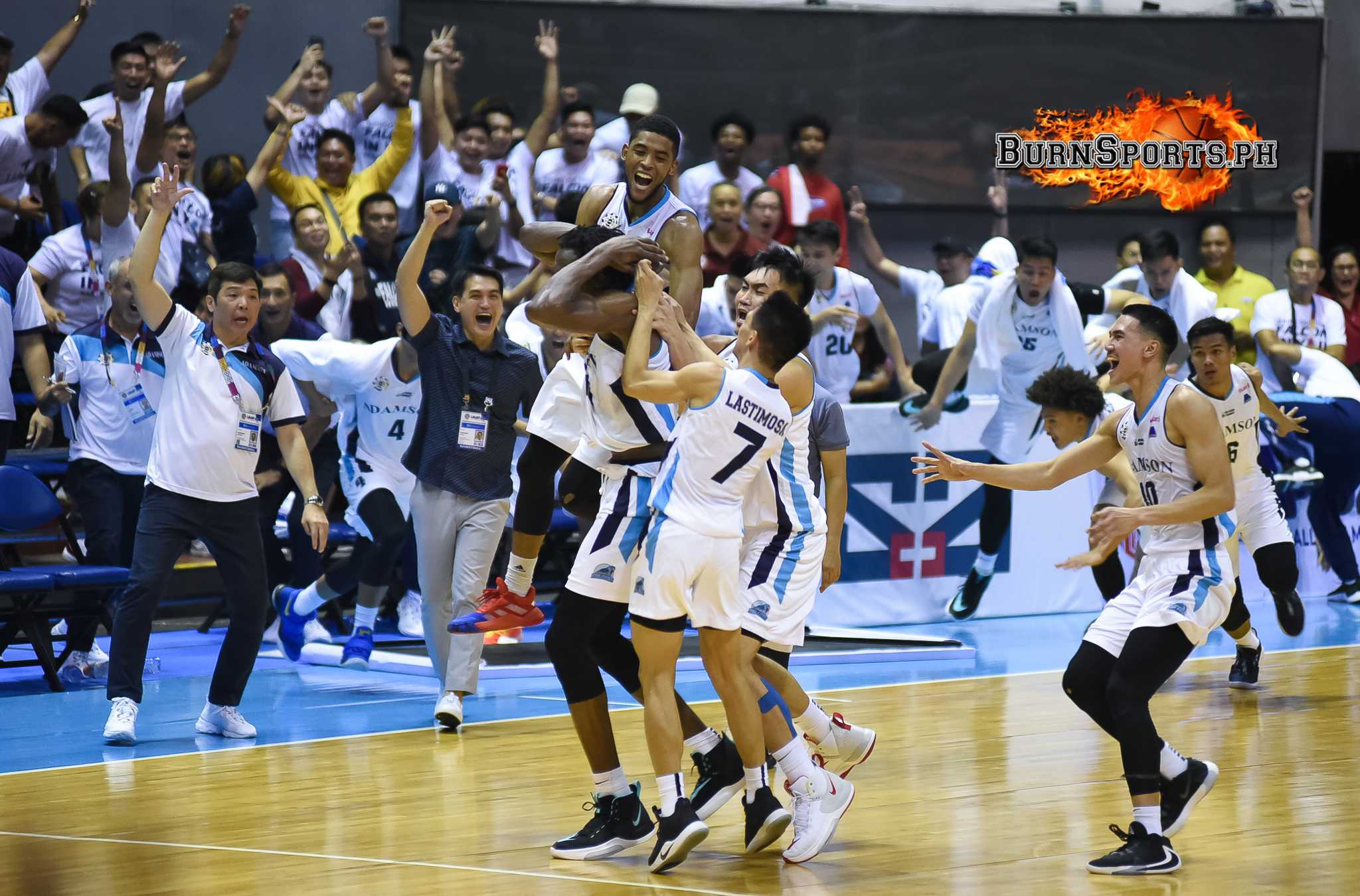 MANILA, Philippines – Lenda Douanga found an opening in National University’s tough defense, and against the outstretched arms of big man Issa Gaye, knocked down a buzzer beater to nab an 84-83 win over the Bulldogs, Saturday at the Smart Araneta Coliseum.

It was a close match-up until Dave Ildefonso shot five consecutive baskets that lifted the Bulldogs in the overtime period, 79-78, two minutes left. Simon Camacho split his charity, before Ildefonso raced back for the nifty euro-step layup, 81-79, with 45 ticks left.

Douanga tied it again at 81-all with two freebies.

NU, not to back down easily, went in for Ildefonso, who sank a tough layup against three Falcons, 1.4 seconds left on the clock.

It looked like victory for the Bulldogs already, until rookie Douanga shot the buzzer beater that capped off the game.

With the win, Adamson bounced back from their opening game against Ateneo.

Douanga finished his stellar performance with 26-point, 19-rebound double-double, while Camacho added a double-double of his own, 14 markers and 11 boards.

Valandre Chauca added 13 points and four rebounds. Jerom Lastimosa and topgun Jerrick Ahanmisi had 10 points each in the win.

For NU, Ildefonso led with 29 points. Gaye and John Lloyd Clemente added 16 and 11 points, respectively in the upset.