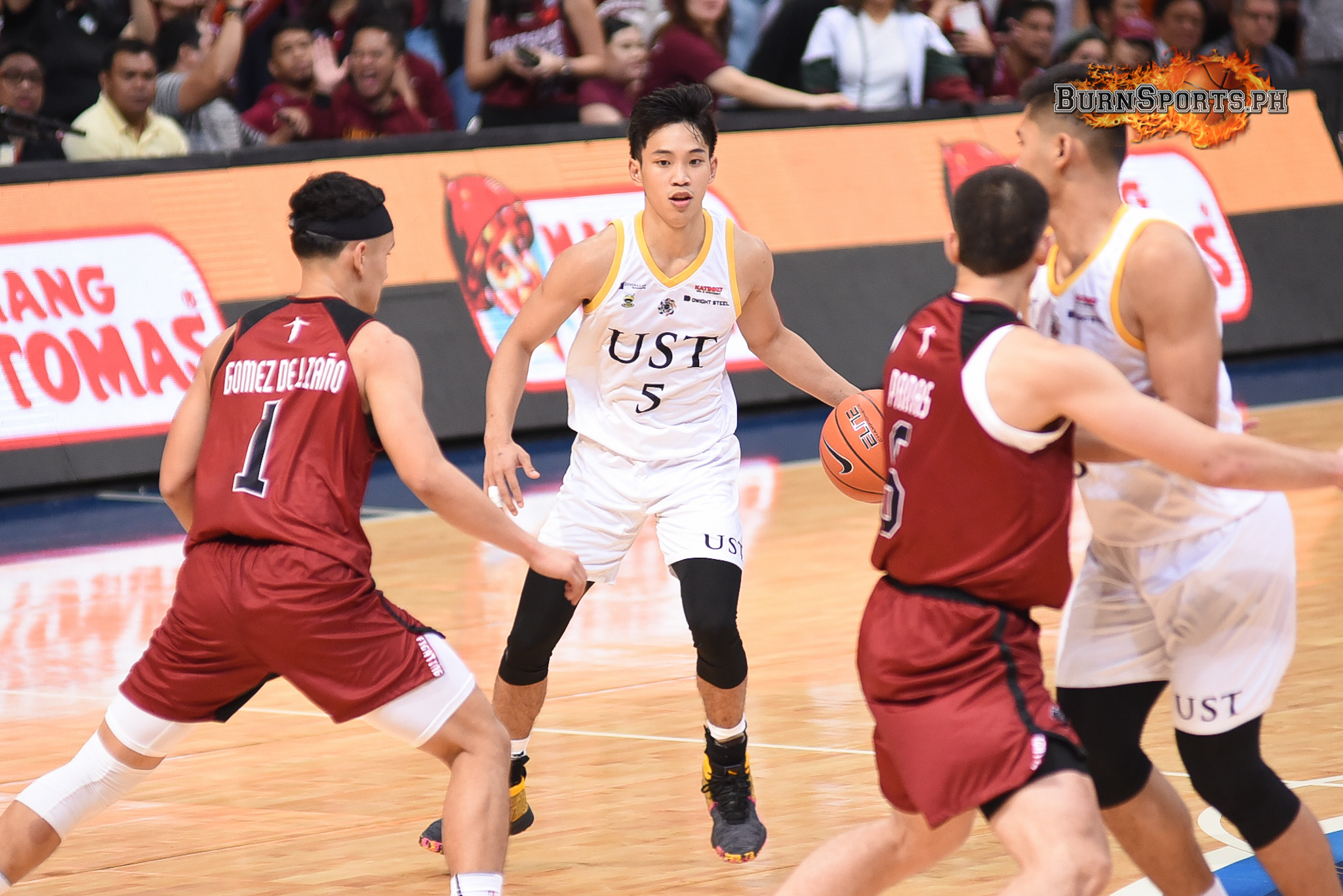 Manila, Philippines – Veteran point guard Renzo Subido made a go-ahead three-pointer with 23.8 seconds left after the Fighting Maroons had taken a late lead, and the Growling Tigers held on for a 68-65 victory on Wednesday at the Mall of Asia Arena.

The Tigers controlled much of the game, until Juan Gomez de Liaño  knocked down a mid-range jumper that gave UP its first lead, 59-57. Ricci Rivero and Jun Manzo followed this with back-to-back baskets that put Diliman-based squad up by four, 63-59.

Rhenz Abando answered back with a fastbreak bucket for the Tigers to trimmed down UP’s lead to two, 65-63. Ricci Rivero missed a layup with 35 seconds to go to bring back the possession to the Espana-based squad.

Subido followed through with a triple that gave them back the lead, 66-65. Chabi Yo sealed UST’s victory with two free throws.

UST won all four of their games against UP this season including crucial victories in stepladder semis which book them to the Finals – their first since 2015.

“That was a good game. We have to give credit to coach Bo and his coaching staff for the adjustments they made,” said UST head coach Aldin Ayo. “Na-negate yung mga ginagawa namin and we tried to counter, we were able to get our shots kaya lang hindi pumapasok, but I kept on telling the boys to keep on taking those shots kasi yun naman talaga yung mga tira namin.”

Akhuetie topped UP with 16 points, 17 rebounds, four assists, and two steals, while Manzo had 12 markers and five boards.