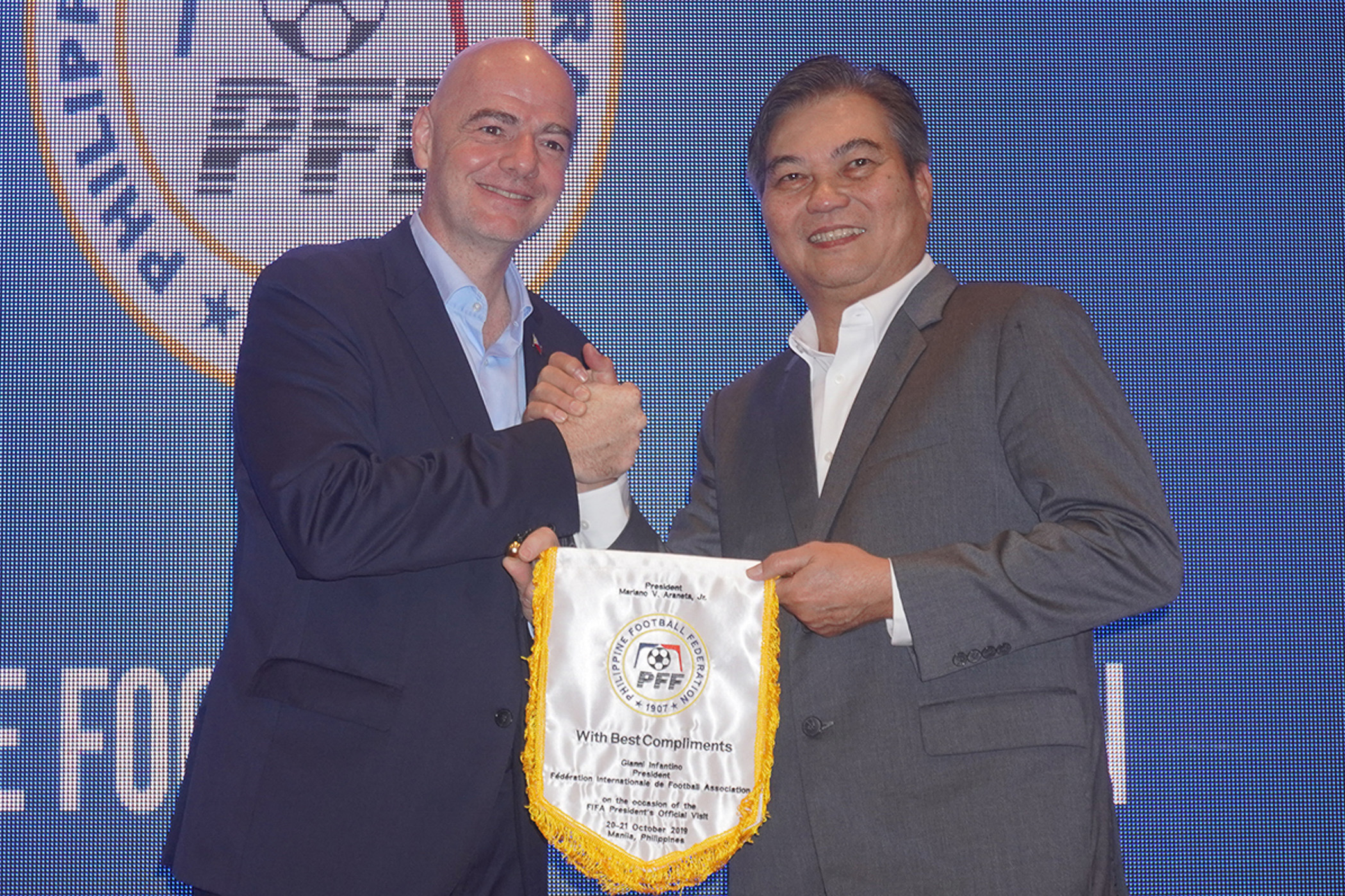 Expect the Philippine Football Federation to go all out in the age-group tournaments in 2020.

That’s what president Mariano Araneta have promised for the all the stakeholders involved, answering the critics’ never-ending whines on the lack of grassroots program.

As the clock winds down on his second term, Araneta is seeking a fresh one on the top post in the coming elections on Nov. 29, during the football tournament of the Southeast Asian Games. He reportedly has the backing of 25 of the 32 regional football associations when he announced his re-election campaign in Bacolod City, the hometown of presidential hopeful, Ricky Yanson.

In his eight years as the country’s top football executive, Araneta steered the Azkals and Malditas to its highest FIFA ranking, as its made its recent appearances in their respective Asian Cups. The PFF was also feted by the Asian Football Confederation three times for its grassroots programs.

Apart from that, his leadership was praised for its transparency and round-the-clock work while being under the radar, the attribute that made him elected to the FIFA Council as well as being appointed as the country’s chief of mission in the Tokyo Olympics.

By next year, Araneta bared the plans for its age-group program.

“We want to start the Under-17 tournament next year,” he said, noting that the PFF had also begun holding the U15 Boys’ National Championships, as the Final round is already underway with Group 1 being played already in Carmona, Cavite.

On top of the national Under-17 tournament, Araneta said the PFF will also hold Under-16 and Under-18 regional tournament for girls as part of its thrust to develop women’s football. The PFF chief hopes these tournaments will lead to improved performances for the age-group teams in international tournaments.

“We really have a lot of football activities coming in and I want to see that this is being implemented properly. We are not neglecting players in the age-group level. In fact, we have been revitalizing our grassroots program to find more homegrown talents in the country.”

The PFF’s plans of holding more youth tournaments is a welcome sight to the game, as they welcome Qatar Airways as the primary sponsor of the top-flight Philippines Football League, in which they will ink a three-year deal that will take effect in 2020.

With the said tie-up between one of the world’s biggest airline and Liga Futbol, Inc., Araneta revealed that it will enable the PFF to hold more age-group tournaments to complement the first-class football the PFL and the national teams give.

“There are still a lot of ways to improve the league. The sponsorship really allows the federation And aside from that, some money will go into the federation where in we can spend also the league for other programs.”

Apart from that, Araneta is hopeful the entry of Qatar Airways will trigger more support from local companies to football.

“Hopefully we have local brands that will join the sponsorship,” he concurred.