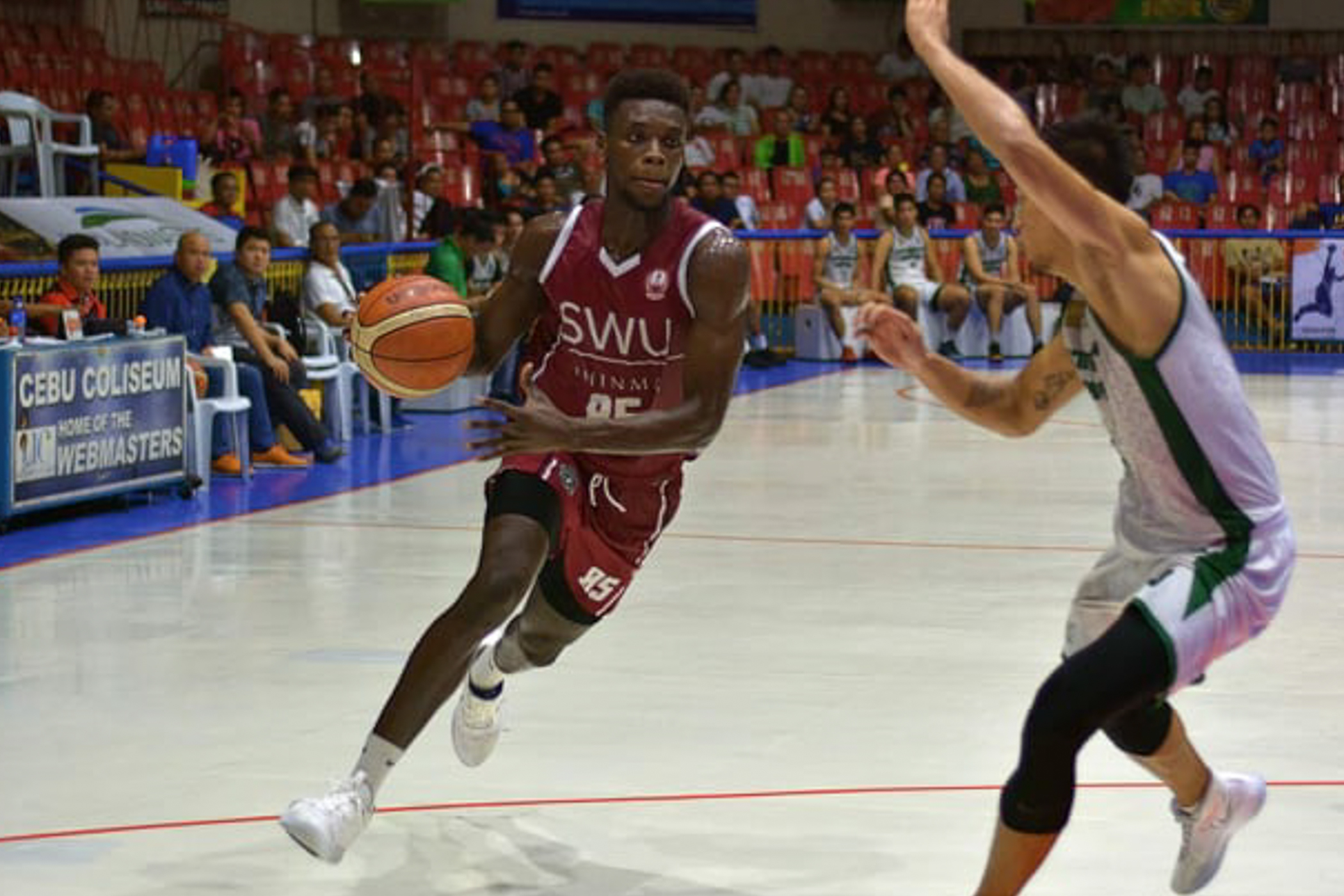 CEBU CITY— Southwestern University (SWU)-Phinma Cobras came into the match armed with a twice-to-beat advantage but they wasted no time in clinching a championship seat after they nipped the University of San Carlos (USC) Warriors, 65-56, in their semifinal match of the 2019 Cebu Schools Athletic Foundation Inc. (Cesafi) men’s basketball tournament last Tuesday, November 12, t the Cebu Coliseum.

The top-seeded Cobras showed the Warriors the exit door while securing their first trip to the Finals since 2014.

The Cobras will contend for the crown against the winner in the other semifinal match between the University of Cebu (UC) Webmasters and the three-time defending champions University of the Visayas (UV) Green Lancers.

UC owns a crucial twice-to-beat bonus in that series against UV.

The Cobras led by 15 points early in the fourth quarter but had to lean on the clutch baskets of Lamine Thiam and Shaquille Imperial to thwart the rallying Warriors.

USC stared at a 30-50 deficit but a major uprising saw them move within 53-59 courtesy of a back-to-back triples by Froilan Mangubat and Magic Marata and Froilan Mangubat.

Thiam made it a seven-point game by hitting a free-throw and Imperial delivered the final nail on the Warriors’ coffin by sinking a massive three-pointer in the closing seconds.

Mangubat paced USC with 18 points while Sommy Managor collected 11 but failed to finish the game after suffering a facial contusion late in the match.

USPF battled from a 17-point deficit behind Kyle Niño Ochavo, who erupted for 30 points.