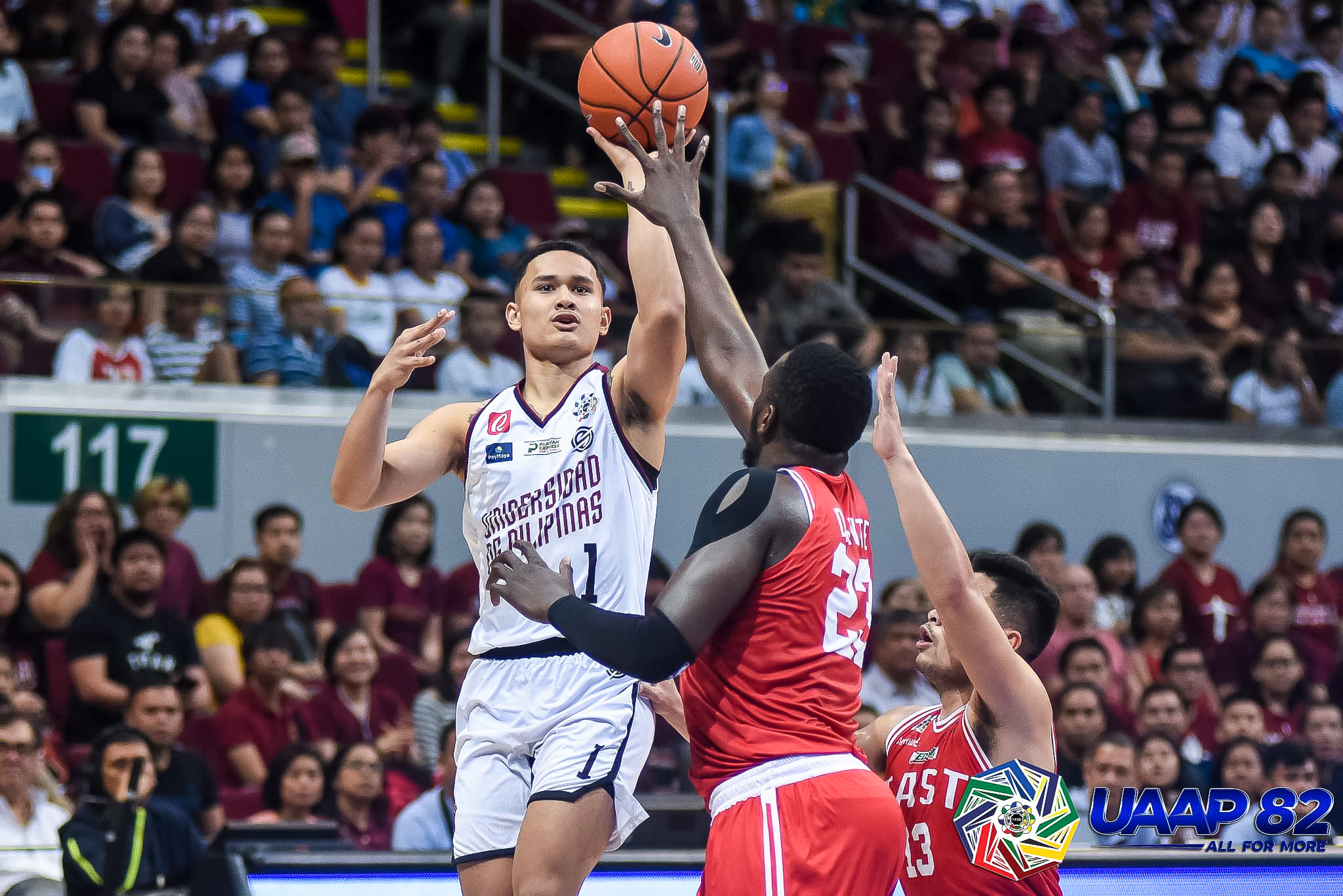 “We were able to bounce back,” said UP deputy coach Ricky Dandan, as coach Bo Perasol still serves his second-of-three game suspensions. “In the perfect basketball world, we would have wanted a more convincing one, but we’ll take this, of course, because we’ve come from back-to-back losses.”

The Fighting Maroons were in full control of the game from the get-go as they immediately banked on a 17-point advantage. However, Alex Diakhite and Rey Suerte boosted the Red Warriors to cut the deficit to only five at the half, 46-41.

UP stretched the lead to 15 in the third quarter, 65-50, only to see it cut down once again coming into the payoff period to two, 69-67. Luckily, Kobe Paras nailed a three-pointer followed by Javi Gomez de Liaño’s own bucket to keep their momentum up as time ran out in their favor.

Bright Akhuetie paced UP with a double-double record of 18 points and 14 rebounds, while Jun Manzo chipped in 17 points, five assists, and three boards. Paras also added 14 markers, six boards, and three assists in the wib as they improved to a 6-3 win-loss record still for second spot.

On the other hand, Diakhite’s 28-point, 20-rebound double-double and Suerte’s 17 markers, seven boards, and six steals were all put to waste as they dropped to a 3-7 slate in the team standings.