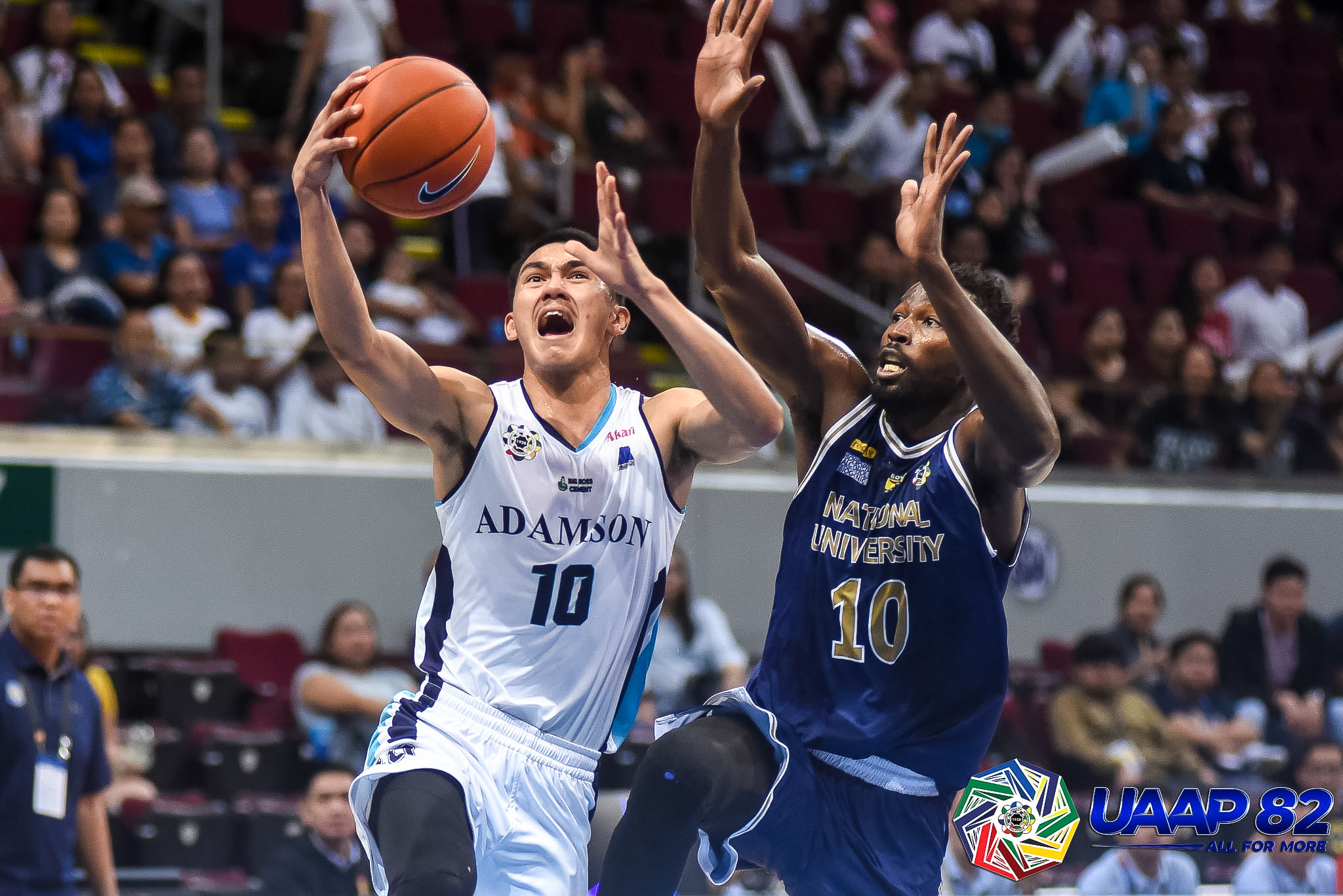 MANILA, Philippines – Adamson University finally got the break they were looking for after defeating National University, 72-53, on Saturday to return to the winning column in the UAAP Season 82 men’s basketball tournament at the Mall of Asia Arena.

“It’s been a while since I’ve been here. We really needed this win,” said Adamson head coach Franz Pumaren in his first post-win interview in almost a month. “This is just a small step on our part for us to make sure we will be there until the end.”

It was no easy victory for the Soaring Falcons as they trailed behind in the first half, 32-34. Rookies AP Manlapaz and Lenda Douanga then combined for a back-to-back baskets in the third quarter to get a slim 48-47 advantage.

Jerrick Ahanmisi then followed suit as he ignited a 26-4 run that gave then a comfortable 19-point advantage, 70-51, until the buzzer went off.

Ahanmisi led Adamson with 15 points, while Manlapaz chipped in 14 markers on 7-of-12 shooting, on top of six rebounds, and two assists. Simon Camacho added 13 points, while Douanga had a double-double record of 11 markers and 15 boards.

With the win, the Soaring Falcons improved to a 4-6 win-loss record, all the while pushing the Bulldogs at the brink of elimination with a 2-8 slate, despite big efforts from Dave Ildefonso who had 15 points and eight rebounds, and Issa Gaye’s 14 markers and 10 boards output.