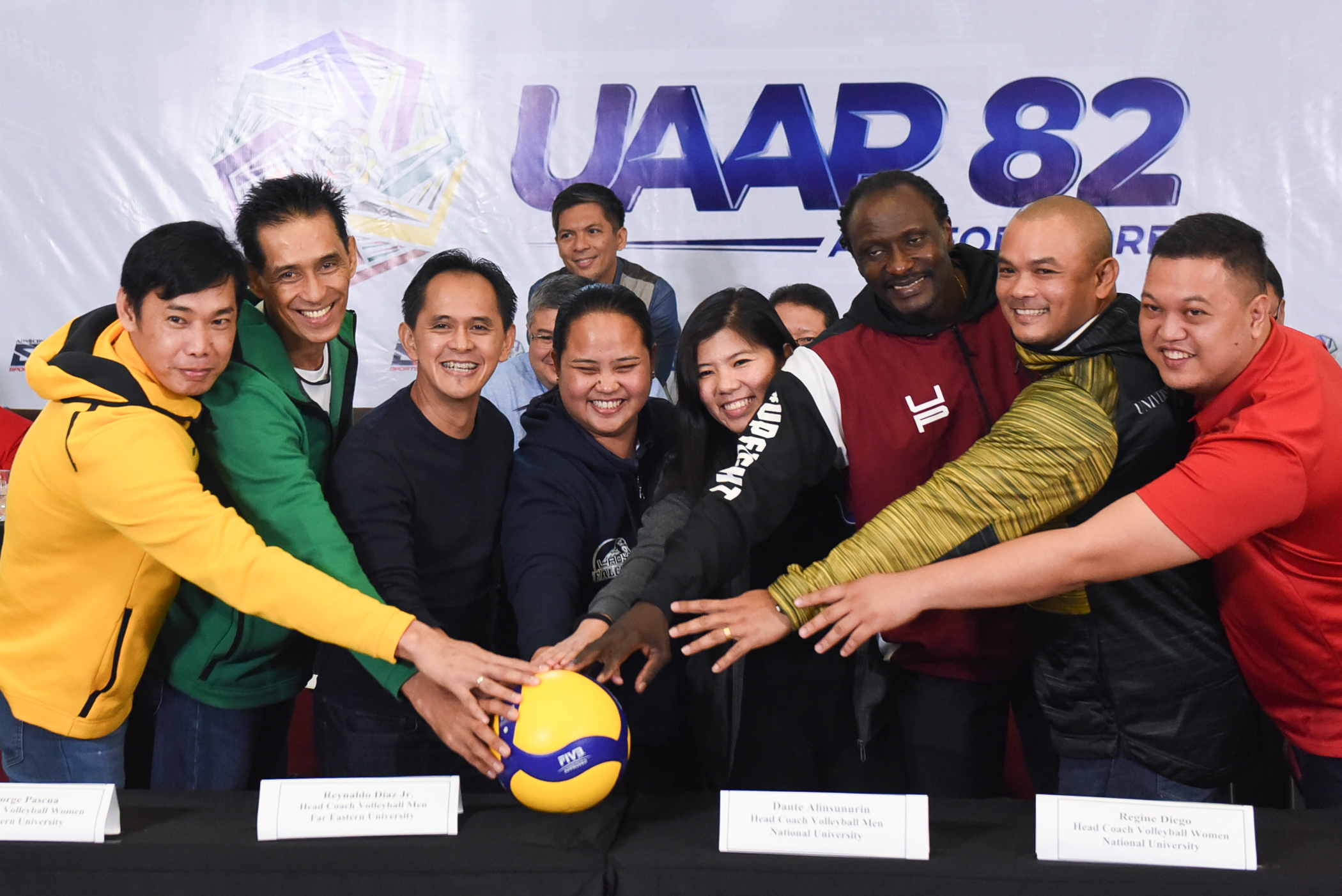 A new set of initiatives await the volleyball community as the new season of the UAAP gets its first serve this weekend.

The most anticipated sport in the second semester was abuzz with all the hype and the drama, as the league held its first-ever preseason press conference Tuesday at the Mall of Asia Arena.

And with the threat of the novel coronavirus, UAAP Executive Director Atty. Rebo Saguisag says that unless the situation makes them change course, the games will still push through on schedule.

“As we speak, all systems go. We are prepared to face this situation but at the moment, as we speak, tuloy tayo,” he said as it aims to open the season on February 15.

“Rest assured that the UAAP is committed to ensuring the safety of our student-athletes, the coaches, and the officials.”

With the schedule that has been released last January, the UAAP is implementing a new scheme for its playdates, as it shifts its doubleheaders to its respective pairings of schools, with the men’s get to play first before women take the court.

The alternating scheme means that UP and UE will open their campaign in the morning, with powerhouses UST and FEU get to tangle afterwards on Saturday in MOA.

On Sunday (February 16), it is the champions’ turn to begin their campaign as men’s champions NU faces off with Adamson and current queens Ateneo face off with La Salle in the afternoon.

Apart from its schedule format, the UAAP is set to introduce the video challenge system, the second league since 2015 to implement it.

First seen in the Superliga Grand Prix, the challenge system was a clamor for the fans for the past five years, as the league was hounded by the resistance of the self-vested interests of the few who were benefiting from those controversial officiating errors during the time where the technology were shunned.

Already a staple in the international scene, the said technology quickly gained prominence in the Southeast Asian Games, as the league hopes that they others will follow suit as it will help the refereeing crew in making the correct decision.

“During the SEA Games we also saw the challenges that were implemented, we will also implement the challenge system during this year,” said league president Emmanuel Fernandez of hosts Ateneo.

Volleyball commissioner Noreen Go added that the guidelines were already in place as they are looking for its implementation at the weekend, with the memorandum already put in place to be shared by the stakeholders.

“We just actually discussed it in length just this week. It will be in time for the opening,” Go assured.