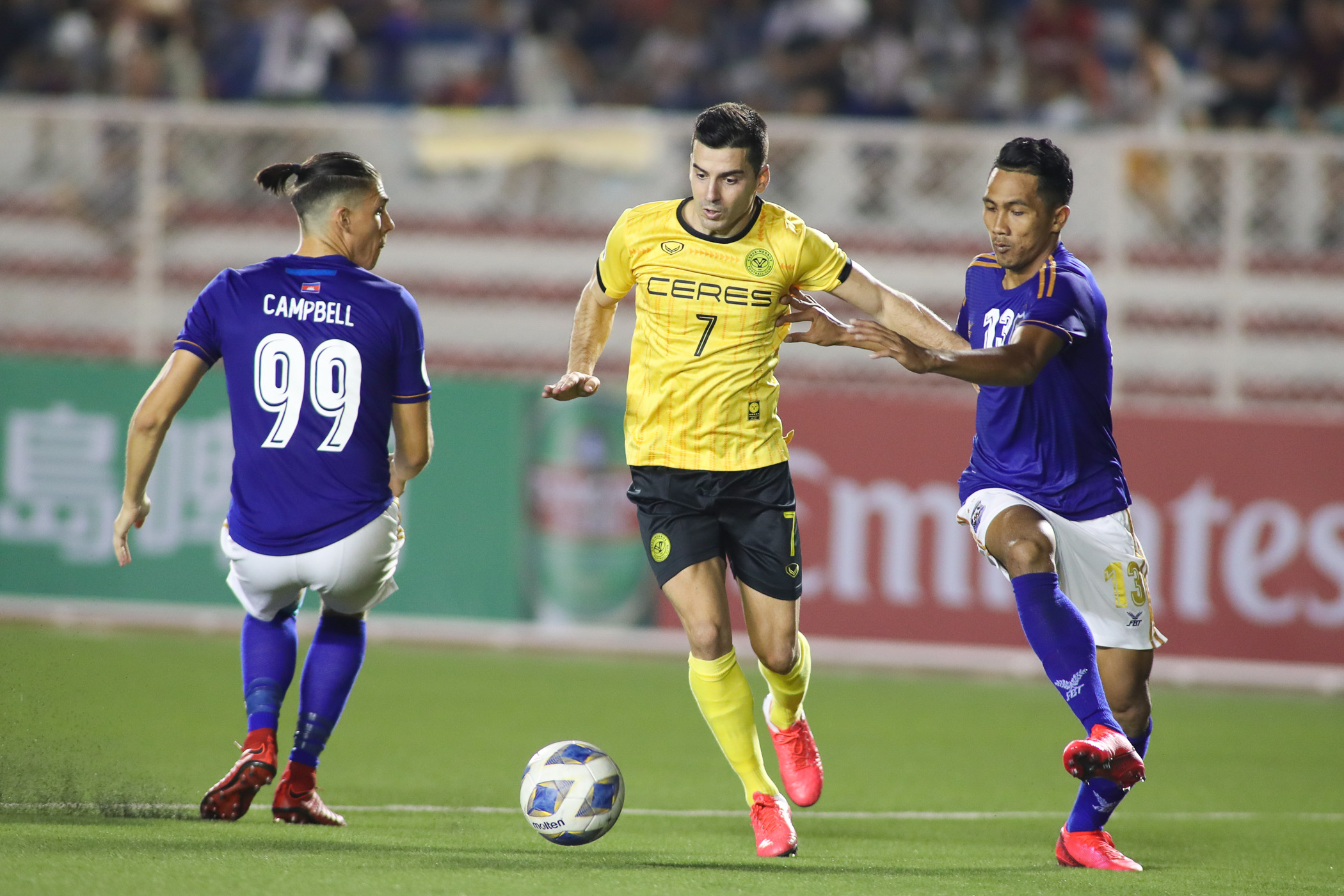 MANILA — Ceres Negros lived up to the billing as the number one team in Southeast Asia, after opening their final AFC Cup campaign with a convincing 4-0 win over Preah Khan Reach Svay Rieng Tuesday evening at the Rizal Memorial Stadium.

Knowing that this will be their last participation in the tournament, the three-time reigning PFL champions of Serbian gaffer Risto Vidakovic have flexed their muscles against their Cambodian counterparts early on to get the Group G pole, with Bienvenido Maranon making an early statement in defending his Golden Boot award after bagging a brace in the second half.

“I’m happy for the team, not just for me,” said the Spaniard, who scored 10 goals last season in the competition.

In the rout, Ceres lorded the numbers in the match, taking up more time with the ball and made their shots count, with seven of those came on target out of the 18 shots they took the entire match.

“The team’s maturing enough and they’re growing from game to game, and that’s what makes me happy,” Vidakovic surmised with their total domination.

In the other match that kicked off simultaneously, Indonesia’s Bali United came from a goal down to dispatch ten-man Than Quang Ninh of Vietnam, 4-1.

Takashi Odawara put the Busmen ahead just twelve minutes in, making no mistake in his right-footed shot into the bottom left corner of Aim Sovannarath’s net.

Less than two minutes later, Joshua Grommen added a second for Ceres in a controversial manner, after replays showed it was his left hand that guided Stephan Schrock’s cross.

And midway into the first half, that lead had almost been halved after Grommen pushed Jean Marie Privat into the box that made the referee point to the spot.

But Roland Muller saved his blushes to keep a clean sheet where he palmed away Thiago’s ensuing penalty to preserve their 2-0 lead at the break.

After being guilty of a sixth-minute miss, Maranon made sure of it ten minutes into the restart, opening his AFC Cup account with his right foot to triple their lead, with the same foot put them further ahead after being picked out by OJ Porteria, who made a pair of assists in this match.