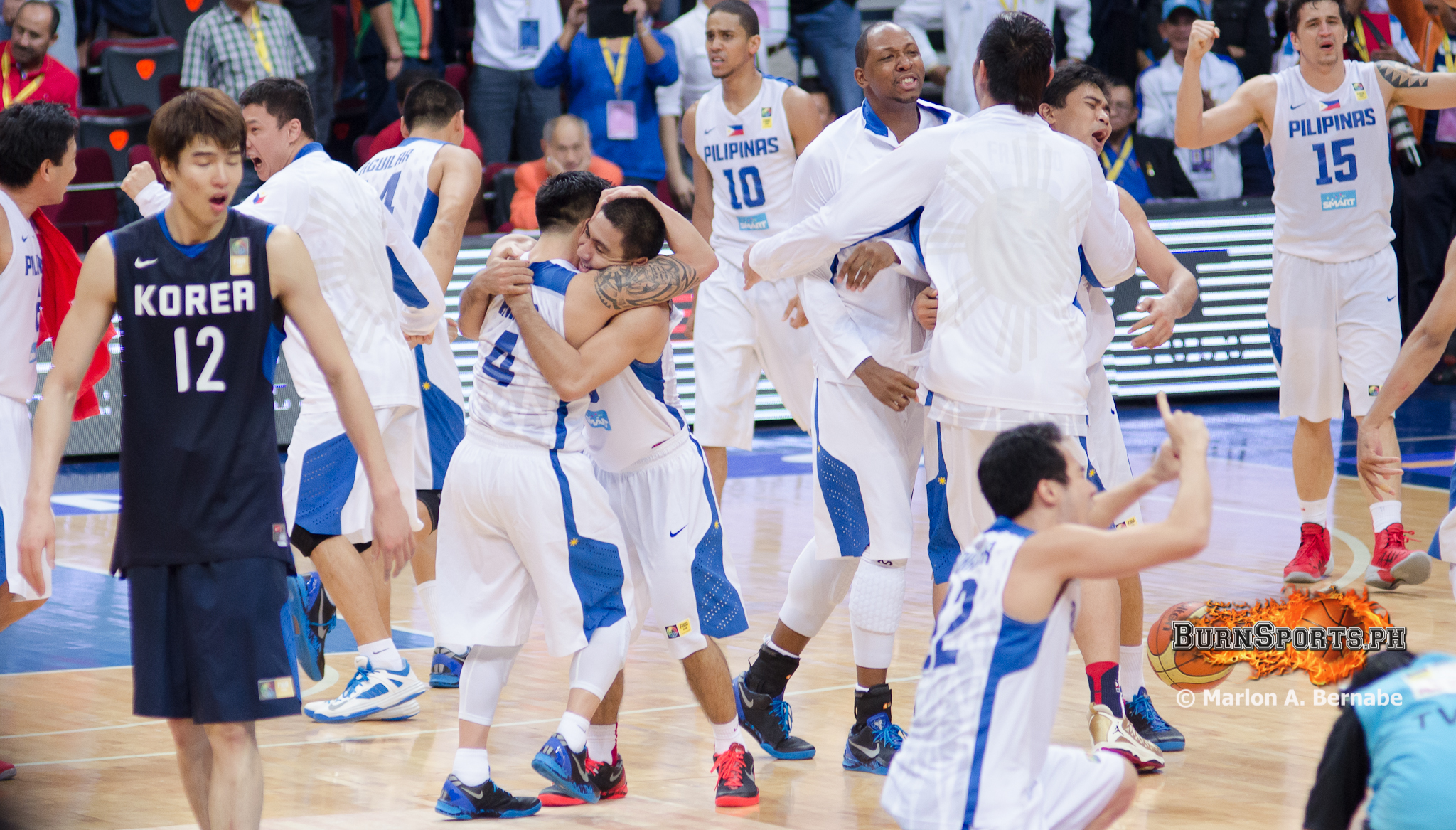 It has been all over the news and social media that our national basketball team a.k.a. ‘Gilas Pilipinas’ is currently in Spain to compete for the 2014 FIBA World Cup. They will be competing against the giants from other continents who are well-known in basketball and has been on that international stage a lot.

But do you remember how we got there?

It was a collective effort for our boys. Everybody did their part and has done it well. The win sealed us a finals berth against eventual champions Iran. Not only that it gave us pride and honor in Asia, it gave us bragging rights. It gave us our tickets to the grand daddy of them all. Basketball’s biggest stage. The mecca of basketball. The FIBA World Cup.

In a few weeks now, Gilas will be suiting up for the said tournament. They will be facing the giants of Argentina, Puerto Rico, and Greece among others. They will show the world what Philippine basketball is made of and what is it all about. Let’s continue to support them.