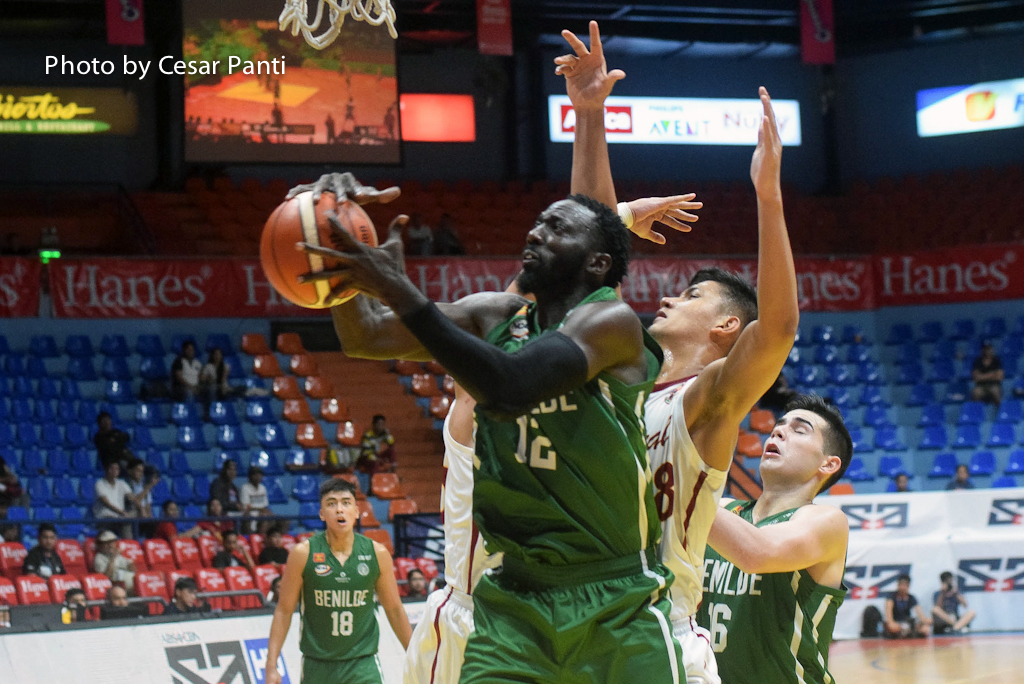 MANILA, Philippines – The De La Salle-College of St. Benilde outlasted University of Perpetual Help, 75-63, and improved to a 2-0 record in the NCAA Season 95 men’s basketball tournament at the Filoil Flying V Center in San Juan.

With the win, the Blazers are now share the top spot with San Beda University and San Sebastian College in the league standings. On the other hand, Altas dropped to 1-1 in the tournament.

“Right now, it’s just the beginning of the season. We got a 2-0 start, and we’re hoping we can build from that,” Benilde coach Ty Tang said post-game.

Perpetual had a comfortable seven-point lead at the half, 33-26, when the Blazers finally gained momentum in the third quarter and took a 10-0 run. Guard Carlo Young nailed three consecutive treys that gave the Blazers a 43-37 advantage.

The Blazers never stopped and extended their lead to 11 points, 59-48. The Altas tried to cut down the deficit to only five points, 57-62, off a bucket by Jielo Razon.

Luck must be in Benilde’s favor after that, as Perpetual Help was called for three fouls, including Ben Adamos fouled out of the game. This gave the Blazers six free throws, three of which they knocked down.

With only 4:38 left in the game, Perpetual Help gave Benilde 15 free throws, including Jeff Egan being called for a technical foul after making contact with the referee and Aldeo Lucero was called for an unsportsmanlike foul.

“It was rough,” coach Tang added. “I guess that’s how playoff games are.”

Young led the Blazers with 14 points, 10 of which came off his treys. Kendrix Belgica added 12 markers, while Justin Gutang had nine points, seven assists, and 14 rebounds.

On the other hand, Razon and Kim Aurin topped Perpetual with 15 and 12 points, respectively, in a losing effort.