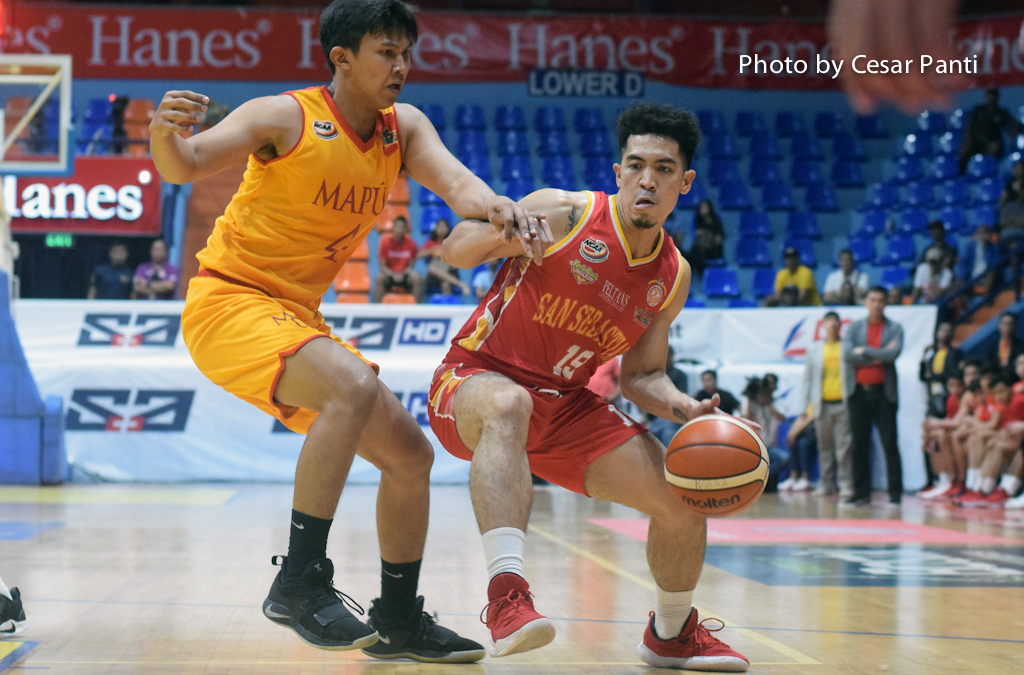 MANILA, Philippines – San Sebastian College did not hold back and took a 92-68 win over Mapua University, to share top spot with defending champions San Beda University in the NCAA Season 95 men’s basketball tournament, Tuesday at the Filoil Flying V Center in San Juan.

With the win, the Stags now have a 2-0 win-loss record in the league standings, all the while, crushing the Cardinals to their second straight loss in the season.

It was a tight match coming into the game, but San Sebastian slowly broke away from Mapua in the second quarter, outscoring the Cardinals, 30-12, that gave them a 46-23 advantage in the first half. This is thanks to none other than RK Ilagan and Allyn Bulanadi, who worked hand in hand in the first half and combined for 25 points.

Bulanadi, who happened to play his first full game since suffering from a shoulder injury during his time in the PBA D-League, scored 16 points, on top of five rebounds and two assists. Meanwhile, Ilagan had 20 points and eight assists.

“For us, we’re very happy,” San Sebastian Egay Macaraya said. “The boys are just playing well, focusing on the game plan. Everybody is enjoying the game and playing good defense.”

Macaraya says the win, though topped by Ilagan and  Bulanadi, is actually a team effort. Six players in San Sebastian actually reached double-digit scores for the win – Alex Desoyo, Ken Villapando, JM Calma, and Alvin Capobres had 14, 13, 12, and 10 points, respectively.

San Sebastian never looked back coming from the halftime break and cruised to their second straight win. They even led by as much as 33 points, 62-29, in the third quarter.

Mapua seemed to come to their senses late in the third quarter after cutting down the lead to 23 points, 64-41, but the Golden Stags never faltered and shot back-to-back baskets again to erase any chance for the Cardinals.

Noah Lugo topped Mapua with 13 points, while Laurenz Victoria and Warren Bonifacio had 11 and 10 markers, respectively.