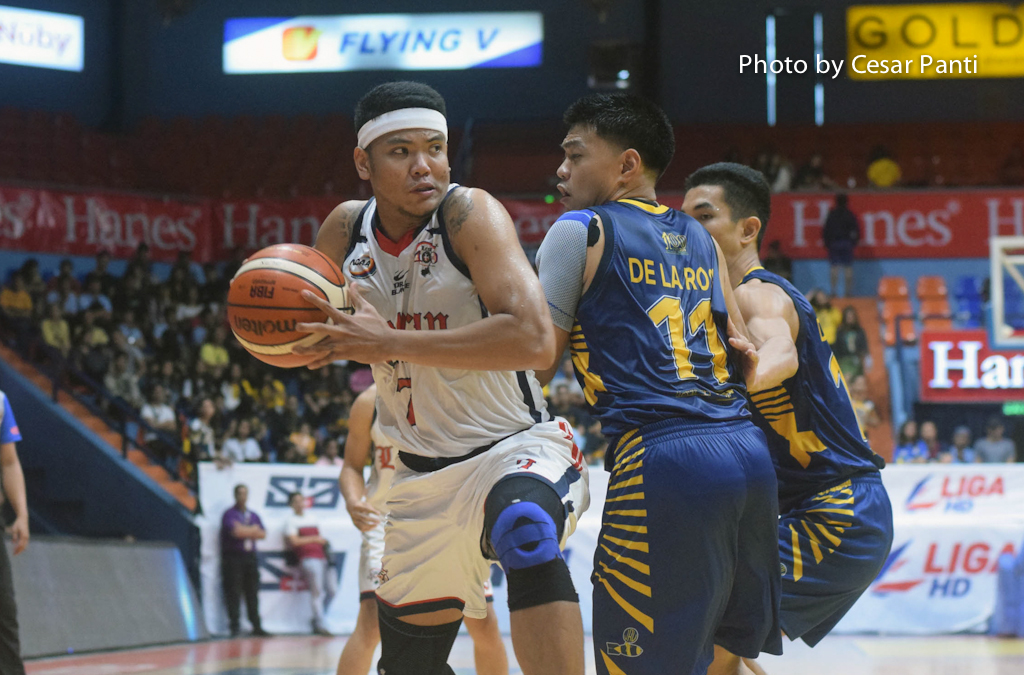 MANILA, Philippines – Colegio de San Juan de Letran had their defenses wall up and made sure Jose Rizal University would not get any closer to crumble it down, as they took a 55-43 win on Tuesday in the NCAA Season 95 men’s basketball tournament at the Filoil Flying V Center in San Juan.

Shooting guard Bonbon Batiller spearheaded the win, along with veterans Ato Ular and Paolo Javillonar, to secure their second straight victory after an opening-day loss to Lyceum.

The Intramuros-based squad’s defenses were also a big part of their victory, as they limited their opponents to only 16-of-57 shooting from the field and they even dominated in the rebounding section, 44-29.

Batiller was the lone player to known down double-digits for the Knights with 14 points, on top of four rebounds and four assists.

The Heavy Bombers have gotten as close as 32-38, late in the third quarter, but Letran immediately fired back with a 10-3 run that literally extinguished JRU’s fire to the finish. The Knights stretched their lead to 48-35 early in the fourth and they never looked back as they clinched a 2-1 standing.

Veteran Jerrick Balanza was heavily guarded, limiting him to only six points on 3-of-11 shooting.

Ry Dela Rosa was the only player who had a double-digit score of 15 points for the Heavy Bombers.