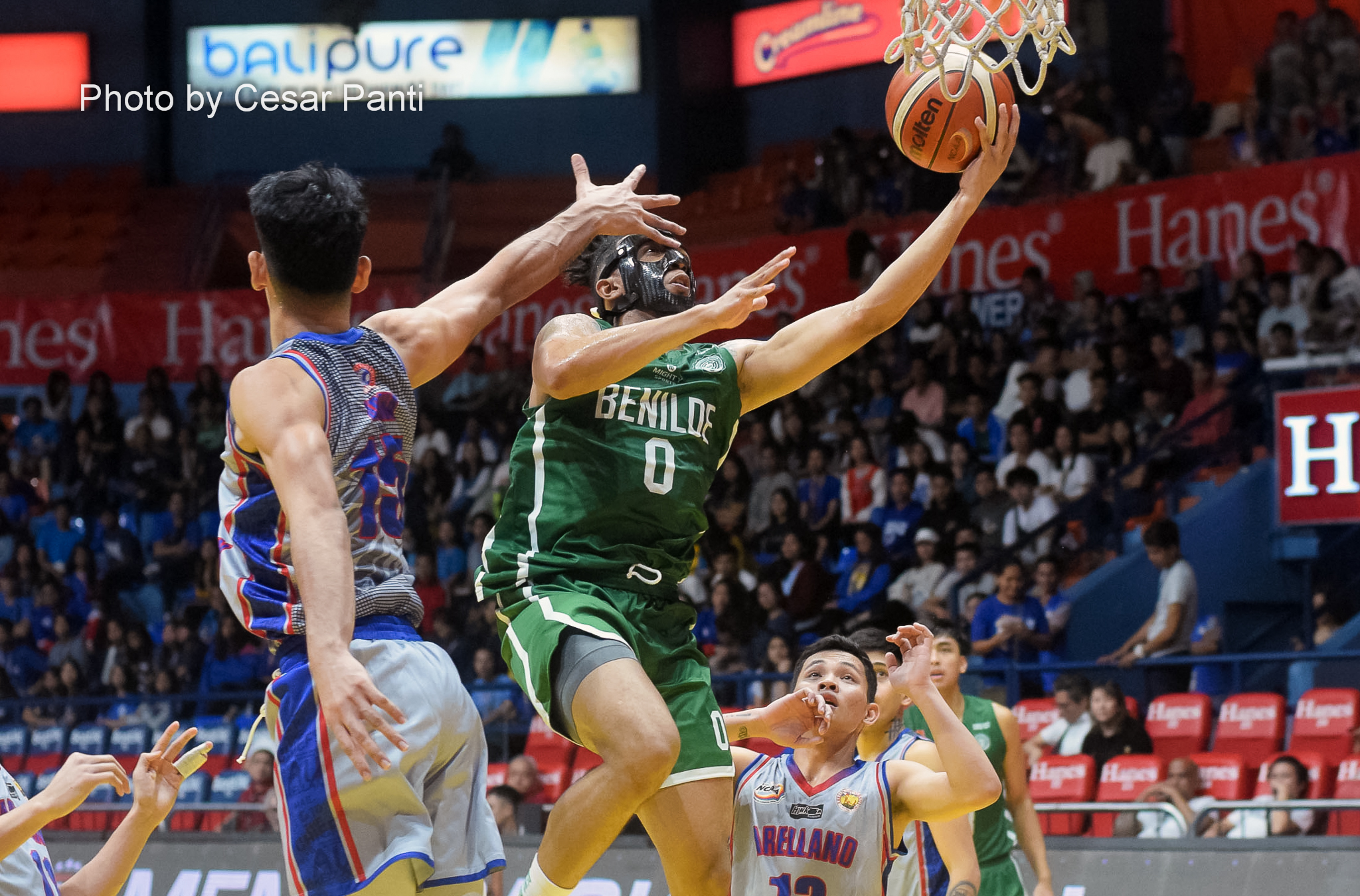 MANILA, Philippines – College of St. Benilde clearly took a two-week layoff into their advantage, as they came back into the court hungry for a win with a renewed drive and focus on the game. And who better to take off that energy to? It’s their competitors, of course.

Though it was a slow start for Benilde, Clement Leutcheu kept the Blazers on a one-point advantage after knocking down a buzzer beater to end the first half, 35-34.

CSB dropped back-to-back buckets to extend their lead to eight, 60-52. Jimboy Pasturan even capped off a 9-4 run after knocking down a triple to give the Blazers a comfortable 13-point advantage, 69-56, with only 6:20 left.

Stalwart Kent Salado initiated Arellano’s 10-5 run that cut the deficit back to eight, 66-74.

Yankie Haruna’s triple and Robi Nayve’s long-range shot conspired for another run that kept the Blazers afloat, 82-67, with only 1:49 to go.

The Blazers cruised to their fifth straight victory from there, and remained unbeaten.

Leutcheu topped the scoring board with 13 points, while Justin Gutang added 12 markers, seven boards, five assists, and two steals, after coming back from a knee injury.

On the other hand, Arellano was handed their third straight loss for a 1-6 slate, putting to waste Justin Arana’s almost double-double record of 25 points and nine rebounds.