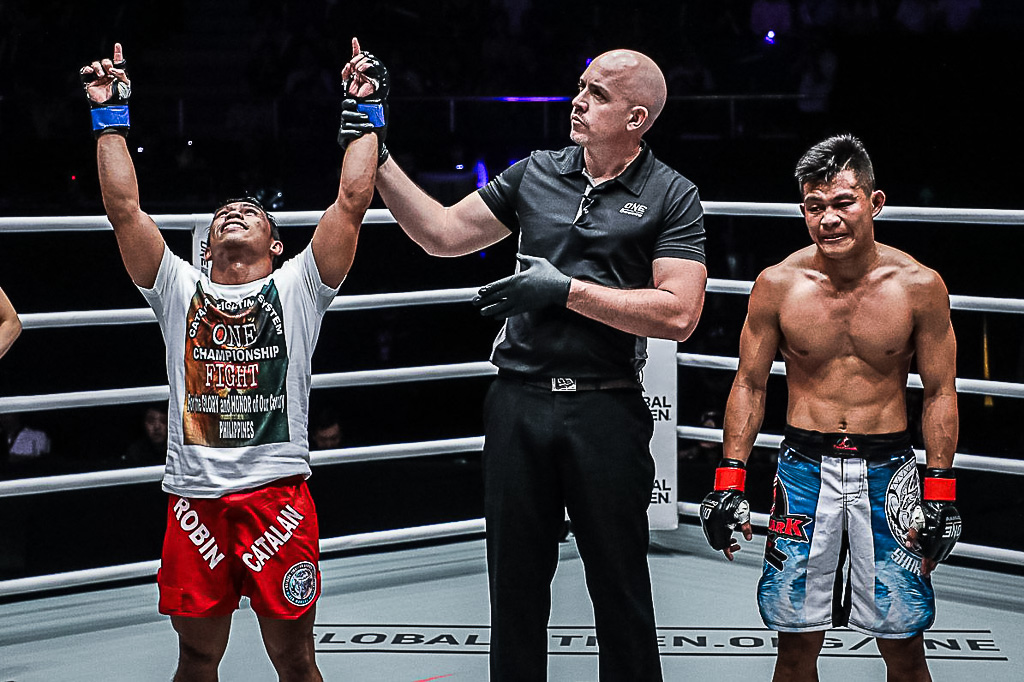 Robin Catalan hopes to follow older brother Rene’s path to success at ONE: KINGDOM OF HEROES in Bangkok

The Philippines will be well-represented when ONE Championship returns to Bangkok for what will be Thailand’s biggest martial arts event of the year.

Aside from the colossal main event featuring two world-class pugilists, some of the world’s best martial artists will also be showcasing their skills at the 11,000-seater Impact Arena, and that includes a pair of talents that will be bannering the Philippine flag.

One of those Filipino martial artists will be former IFMA Muay Thai world champion Robin “The Ilonggo” Catalan, who will be locking horns with Japanese submission specialist Hayato Suzuki in an exciting preliminary flyweight bout.

Robin will be stepping in for his older brother Rene, who was forced to pull out of the crucial matchup due to an ankle injury.

While being sidelined was a disappointing blow for Rene, the older Catalan believes that his younger brother is the perfect person to take his place against a top-level competitor like Suzuki.

“I’m confident that he will give Hayato Suzuki a good challenge, and of course give the fans in Thailand an exciting performance,” said Rene.

For Robin, the 30-year-old Catalan Fighting System Philippines representative, stepping in to face Suzuki is a golden opportunity to follow in his older brother’s footsteps.

39-year-old Rene of course, is regarded as one of the top contenders in the talent-rich strawweight division and is currently on fire with a five-match winning streak.

“I see my brother succeed and it excites me and at the same time it motivates me,” Robin said, “By taking his place against a competitor like Suzuki, it opens up an opportunity for me to also add a big name to my winning streak.”

The Iloilo City native is on a two-bout winning streak of his own, with both wins coming by way of spectacular stoppages.

Robin adds that being tapped as a replacement on short notice is no big deal, as he’s always in shape and ready for whenever he gets the call to enter the ring or cage.

“I didn’t have any hesitations, because I’m always prepared to compete. Even if I’m just my brother’s replacement, I have never stopped training,” he expressed, “after my last win against Adrian Mattheis, I kept working to improve even more.”

Furthermore, Robin is also excited to be flying the Philippine flag in an event with the type of magnitude that ONE: KINGDOM OF HEROES possesses.

“It’s a gigantic honor. I can’t believe that I will be on the same stage as some of the best martial artists in the world. I promise to do the country proud,” he proclaimed.

Representing the Philippines alongside Robin is Kyokushin Karate black belt Ramon “The Bicolano” Gonzales, who makes his return to the ONE Championship stage against Indonesia’s Dodi “The Maung” Mardian in the card’s opening flyweight contest.