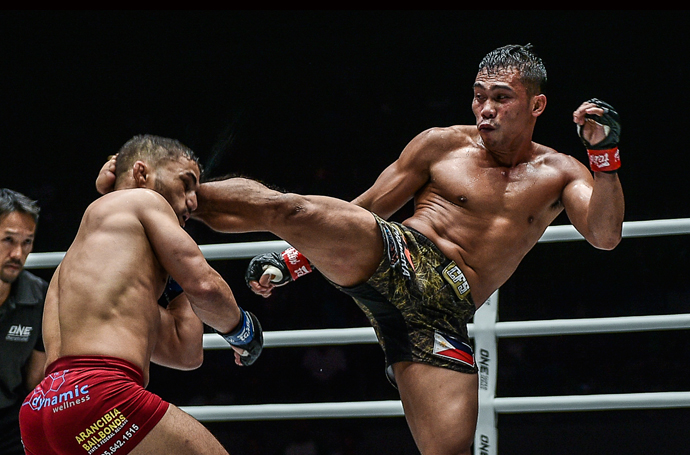 Robin Catalan got the Mall of Asia Arena to their feet by sensationally knocking out Cuba’s Gustavo Balart towards the end of the second round to open the Filipino homestand at ONE: Masters of Fate Friday evening.

A filthy leg kick to the head put an end to the close undercard contest at strawweight between the SEA Games and Asian Games champion wushu fighter and the former Olympic wrestler, moving up to 10-6 (5-4 ONE) in his career by getting back to winning ways after losing to Pongsiri Mitsatit away at Bangkok last May in ONE: Warriors of Light.

Right after the opening bell, Catalan and Balart put up fireworks that sent Pasay rocking by matching strike after strike, in which was too close to call in the opening round in the bout that was expected to go to the judges’ scorecards.

Catalan was at the receiving end of the ground game in which Balart was the clear favorite, escaping numerous grappling attempts before hitting the Cuban right on the head with his right leg, forcing Motohiro Tsuruwa to end the bout with seventeen seconds remaining in the penultimate round.