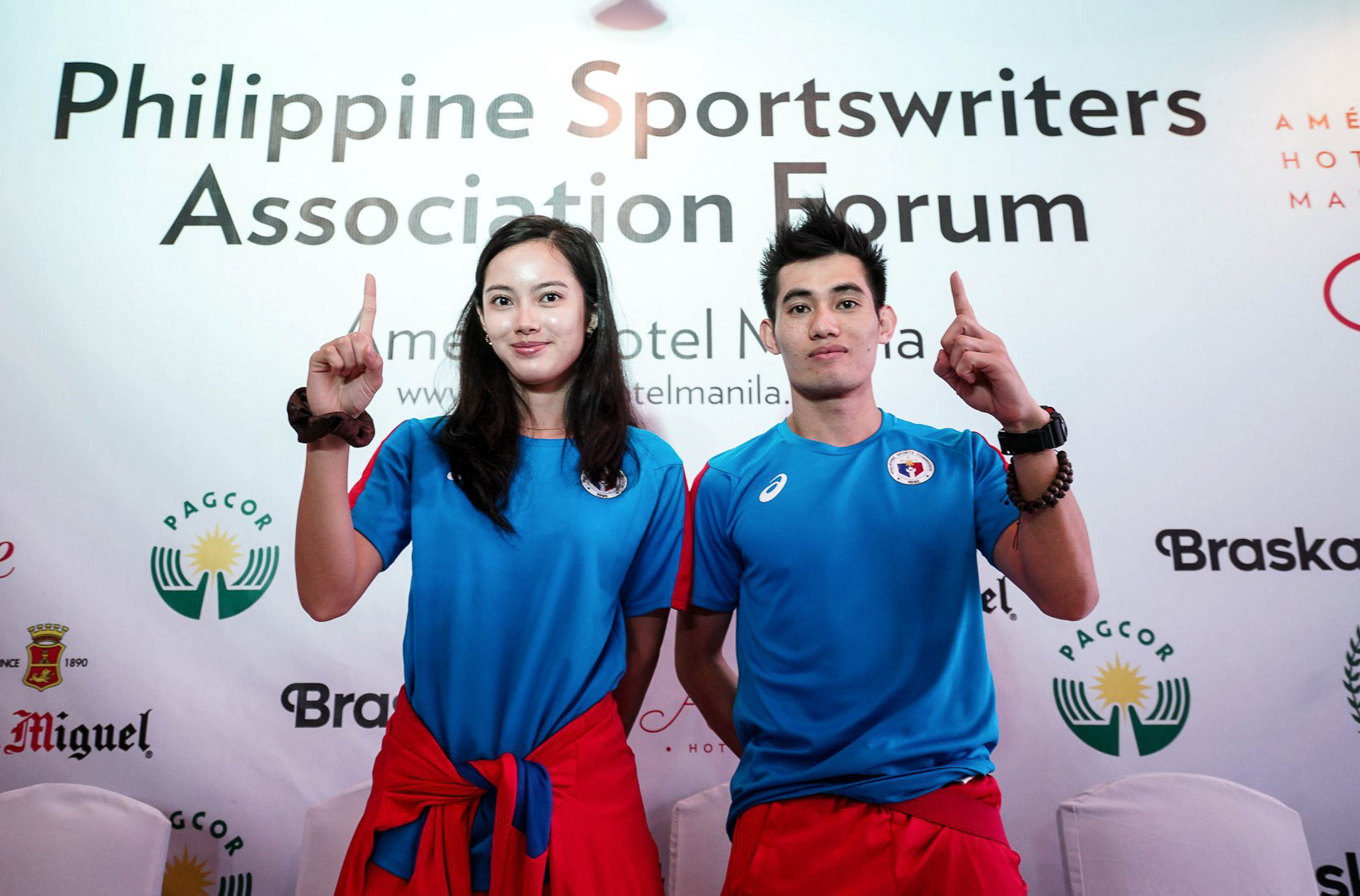 For Agatha Wong and Daniel Parantac, they hope that the problems to the wushu venues to be fixed so that they could familiarize it earlier than others ahead of the 30th Southeast Asian Games as they graced the PSA Forum Tuesday morning at the Amelie Hotel in Malate, Manila.

Even with their tournament is scheduled on December 1-3 at the Philippine International Convention Center, the pair stressed that all the stakeholders involved in the sport must take every chance to get the ultimate hosting privileges, noting that it might give them the golden boost to their medal hopes.

“If we can train in the actual venue at least two weeks before the competition, it will be good for us. Actually, the earlier, the better,” said Parantac, who was a two-time gold medalist in taolu (form) in the biennial meet (2013-15) before falling out of the podium in the most recent edition two years ago in Kuala Lumpur, Malaysia.

As the pair came from their four-month training camp in China, where the sport came from, Parantac said that even the surfaces played a huge part in their performance in the artistic kind of wushu, in which the short time is never enough for them.

“If we train in the venue two or three days before the competition, that’s not enough. We need to get used to the surface. Meron kasi surface na madulas and meron din makapit,” he added.

Wong,  the bronze medalist in the Taichi in the 2018 Asian Games in Indonesia as well as the reigning SEAG queen of the same category, did not mind the injuries that came in her way to defend the gold in front of the home crowd.

“When we compete, we always give our best. We always assure ourselves of that. In this SEA Games, we will give our best,” she said.