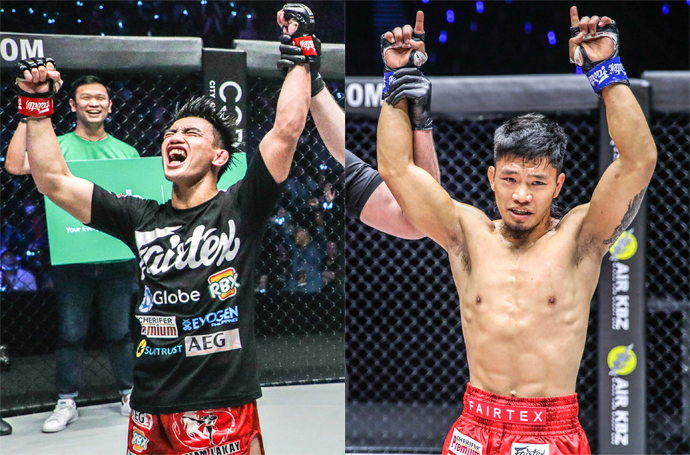 Team Lakay is upbeat ahead of their return at ONE Championship: Revolution, slated on September 24.

Head coach Mark Sangiao was nothing but praises to the strawweight pair of Lito Adiwang and reigning ONE Strawweight World Champion Joshua Pacio as they return to fight in the Circle on Friday.

Nevertheless, Sangiao was pleased with how Pacio and Adiwang conducted themselves in training, with their dedication to honing their craft despite the pandemic excites him the most.

The Thunder Kid will finally get to face China’s Hexigetu in the lead card after an eight-month wait. For Adiwang, the long break was a blessing as it enabled them to prepare further.

On the other hand, the Passion was relieved that his lay-off from the circle had finally come to an end, in the form of his third title defense against top-ranked contender Yosuke Saruta.

To him, their trilogy bout with the Japanese is as hard as his two previous defenses of the belt, and with both of them familiar with each other, it all boiled down to preparedness.

Echoing Adiwang’s sentiments of falling ill with COVID-19, Pacio made it simple that recovering from the virus will always be his priority.