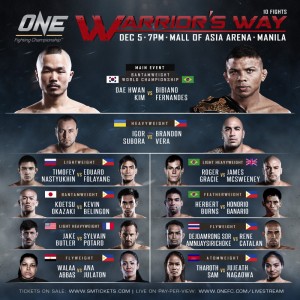 In preparation for this, both Vera and Julaton had joint training sessions at MP Training Club, located at Los Angeles, California. The two fighters were coached by Angelo Reyes and Ricky Lundell. 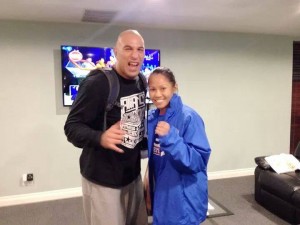 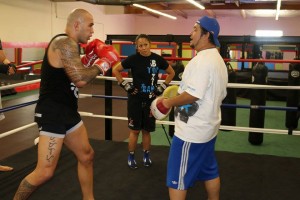 Reyes, who has more than a decade of experience as a boxing trainer was impressed with the skills that both of them displayed. He stated, “Ana Julaton is the Best Boxer in MMA today. To juggle two sports simultaneously is amazing to witness from such a humble and hardworking person. 2015 will be a Big Year for Ana as she has plans to win another World Boxing Title and also Challenge for the First Ever ONE FC female Belt”.

According to Coach Reyes “Brandon is truly a gifted fighter. Right away I felt the power he has in his hands and with more Boxing training plus his superior Muay Thai skills and his excellent JiuJitsu, Brandon will become the ONE FC Heavyweight Champion very soon!”

Julaton and Vera are now set to travel to Manila later this week in anticipation of their upcoming bouts. Julaton will face Walaa Abbas in her return to compete in Manila for the second time, while Brandon Vera will make his ONE FC debut against URCC Champion Igor Subora. The duo is now set to represent the Philippines and show the power of the true Filipino warrior spirit!