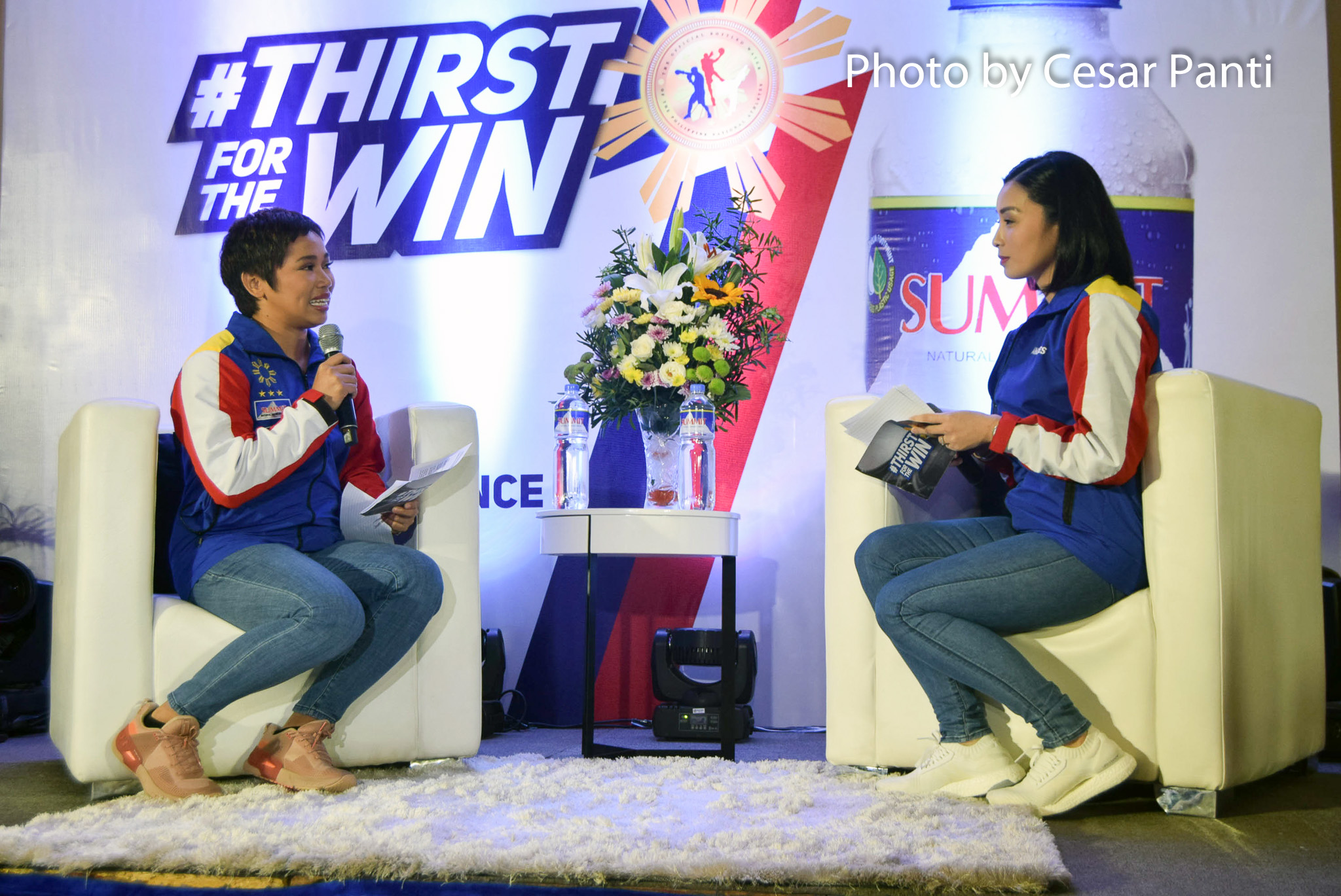 Olympic medalist and Summit Brand Ambassador Hidilyn Diaz aims to win her first gold medal in the upcoming 2019 SEA Games here in Manila during the launch of Summit natural drinking water’s Thirst For The Win campaign on Tuesday at Century Park Hotel.

Zamboanga City-native Diaz has yet to win a gold medal in the SEA Games, bagging only silver medals in the women’s -58kg. class at the 2011 Indonesia and 2013 Myanmar meets , and a bronze medal in the 2007 Thailand edition.