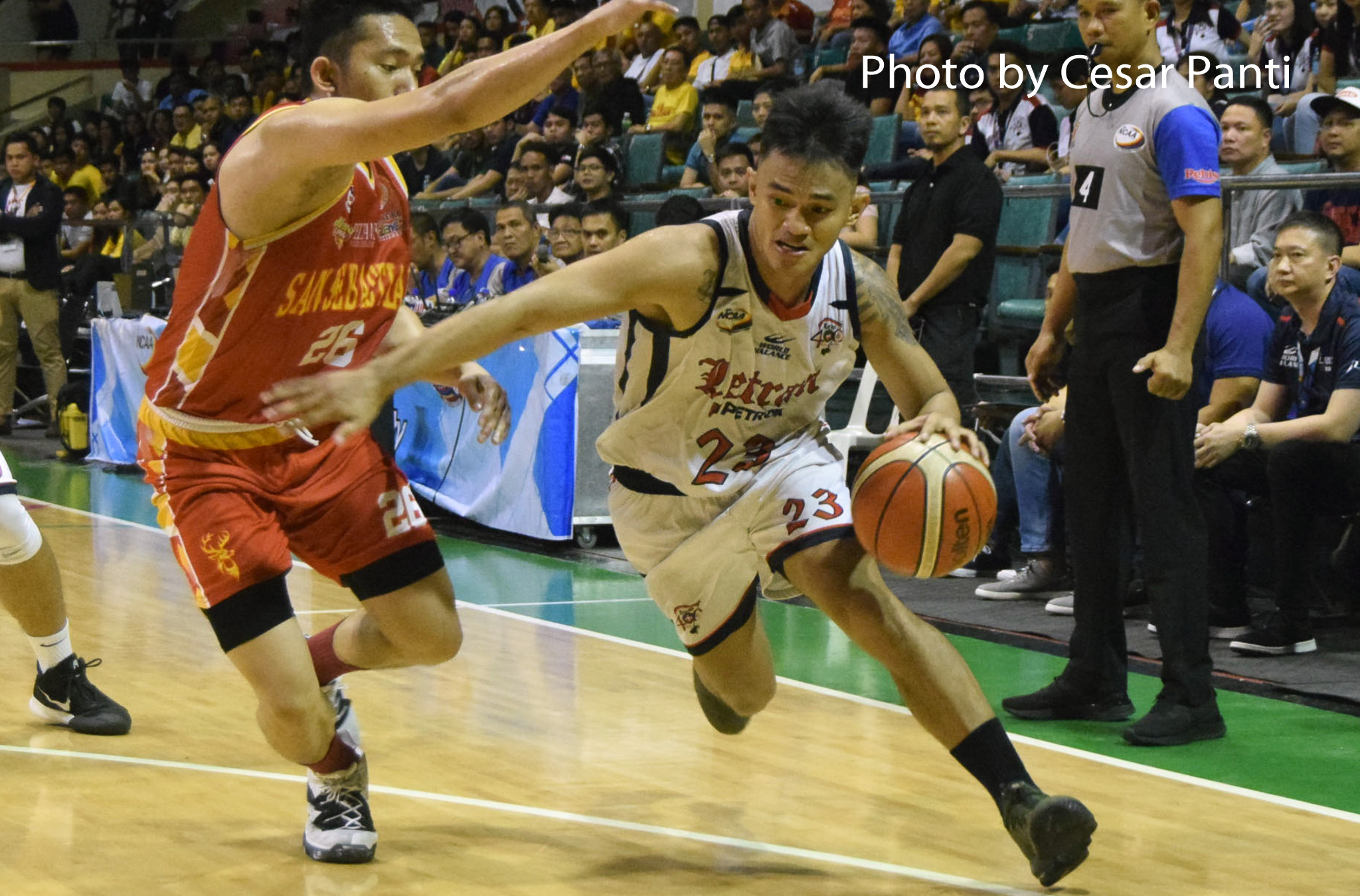 RK Ilagan answered back eight consecutive points for Baste, to cut the lead down to six, 77-71, 5:19 minutes left in the game. Christian Balagasay and Larry Muyang kept the Knight’s distance, as they went perfect in the free throw line, 81-73.

Alvin Capobres was not just about to give up for the Golden Stags as he put in back-to-back baskets, followed by Ilagan’s booming triple to inch within one, 81-80, 1:40 left to play. Allyn Bulanadi had the chance to take over the game, but he missed his shot from the three-point line.

King Caralipio’s layup added comfort to Letran for an 83-80 advantage. On the other hand, Ilagan was called for a violation, while Alvin Capobres committed a crucial turnover in the last 24 seconds of the game. Jerrick Balanza missed both his freebies, but Fran Yu was there to seal the deal.

Balanza led the Knights with 15 points, six rebounds, and four assists, while Batiller had 14 markers. Allen Mina chipped in 12 points of his own in the win.

On the other hand, Ilagan led San Sebastian with a career-best 36 points, while Bulanadi added 15 markers in the losing effort.