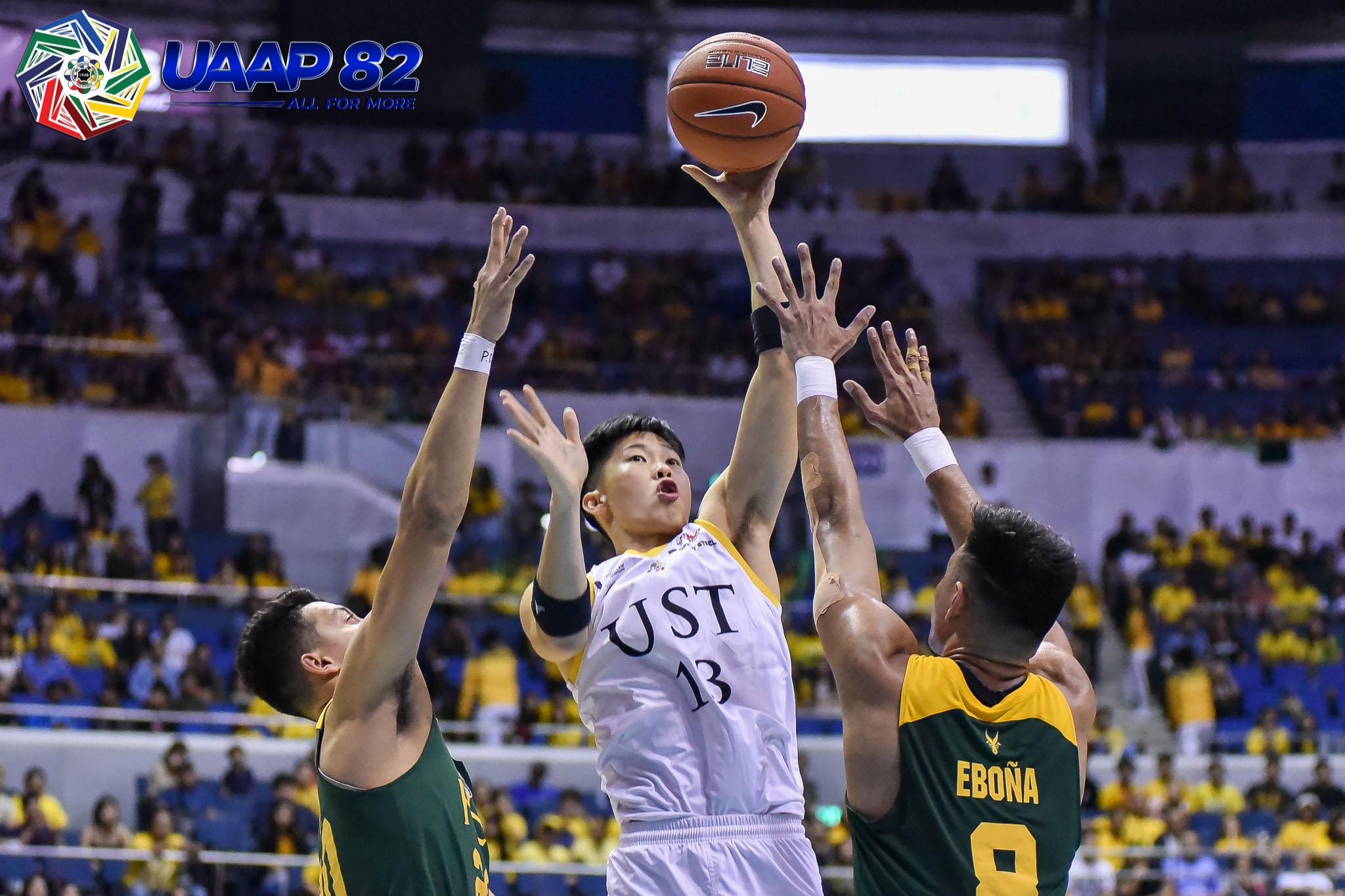 The Growling Tigers banked on their expertise beyond the arc and showed their magic in front of a jampacked arena. In total, UST drilled 14 triples in the game that proved to be their advantage over the hapless Tamaraws.

UST had nine treys in the first half that gave them a 26-point cushion, 54-28, the biggest lead in the game. FEU suffered greatly at the same time after veteran Barkley Ebona was ejected in the second period after being called out for a disqualifying foul.

Veteran point guard Renzo Subido and Most Valuable Player Soulemane Chabi Yo answered back for the Tigers with back-to-back layups followed by a split from the free throw line from Rookie of the Year Mark Nonoy, putting their lead back up to 10, 75-65.

Subido nailed another three-pointer, but Ken Tuffin and Xyrus Torres had a share of their triples too to inch within seven, 78-71.

A scuffle between Brent Paraiso and Alec Stockton emerged in the final minute of the game, but this did not stop UST from putting in more baskets to end the game on a high note.

With the win, the UST Tigers will face University of the Philippines in the next round of the stepladder.

Chabi Yo led the Tigers with a double-double record of 25 points and 11 rebounds, along with three assists, while Paraiso had 18 markers, which was built on five treys, on top of five boards.

On the other hand, Tuffin led the Tams with 20 points, while sophomore LJ Gonzales had 11 markers and nine assists in the losing effort. Ebona, Ino Comboy, Hubert Cani, and Kimlee Bayquin played their final year.