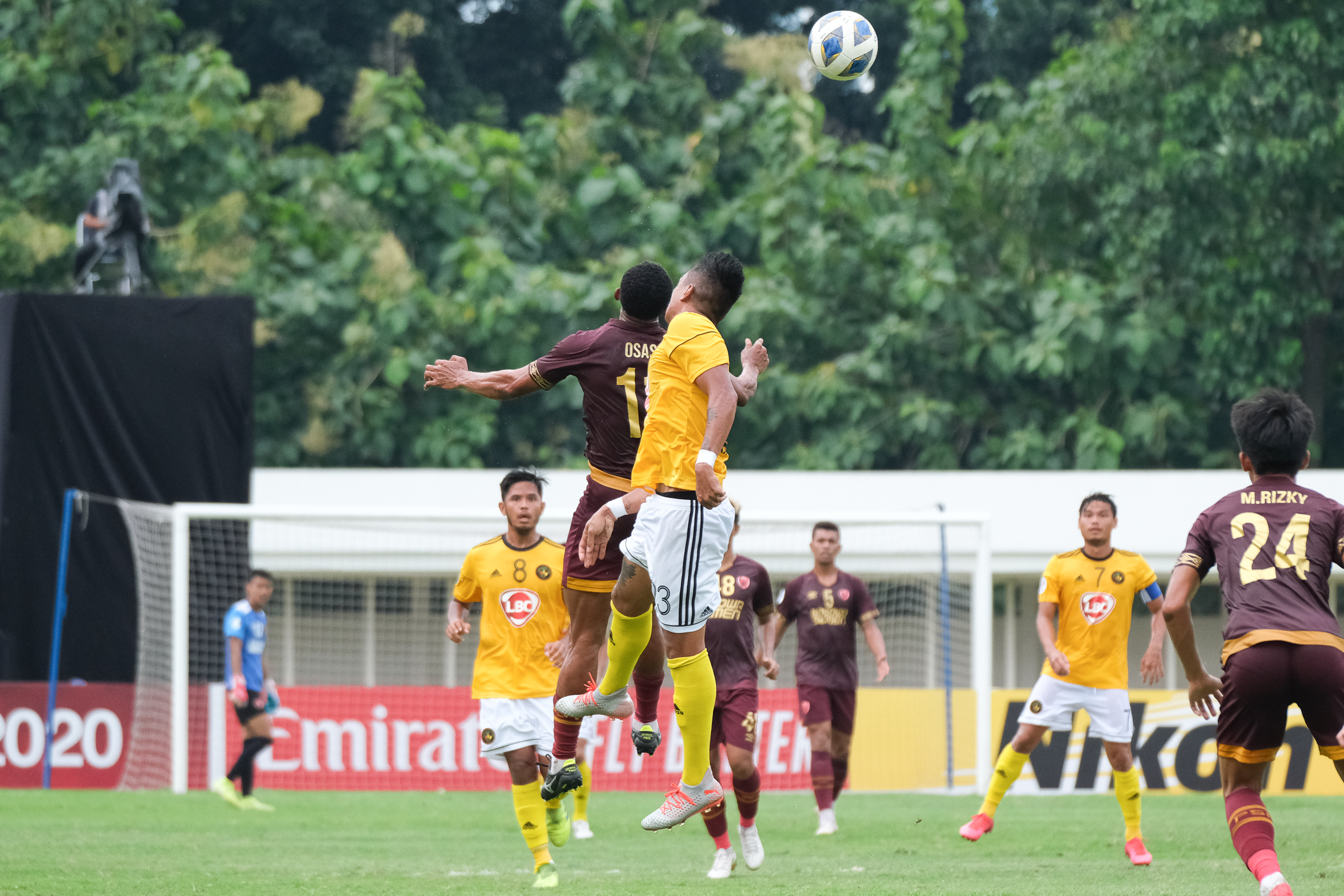 Even with a man advantage, Kaya-Iloilo were held to a 1-1 stalemate away at Indonesia’s PSM Makassar in Jakarta’s Bung Karno Madya Tuesday afternoon in the AFC Cup.

Due to the threat of Covid-19, their Group H tie was played behind closed doors as the two sides resume their hostilities since they played each other for the first time last season.

Dedy Gusmawan was sent off just eleven minutes in for two successive bookings, both of which came from harsh tackles as the Japanese pair of Masanari Omura and Takumi Uesato bore the brunt of it.

However, Oliver Colina’s side found themselves behind ten mintues later, when Yakob Sayuri tore Kaya’s back three with a through-ball to Osas Saha who made no mistake on his right-footed shot past Louie Casas.

After several missed chances in the first half, Kaya’s equalizer came in the 50th minute, when the diminutive Eric Giganto stood the tallest by heading home Arnel Amita’s cross into the right corner of the net to share the points.

“We’re disappointed we couldn’t get the win, but it’s still a draw away from home. We’re still undefeated, and we will look to win our match against them at home,” Colina said.

The draw dropped the Philippines Football League side to second in Group H, with Tampines Rovers won 2-1 over Shan United in the other tie.