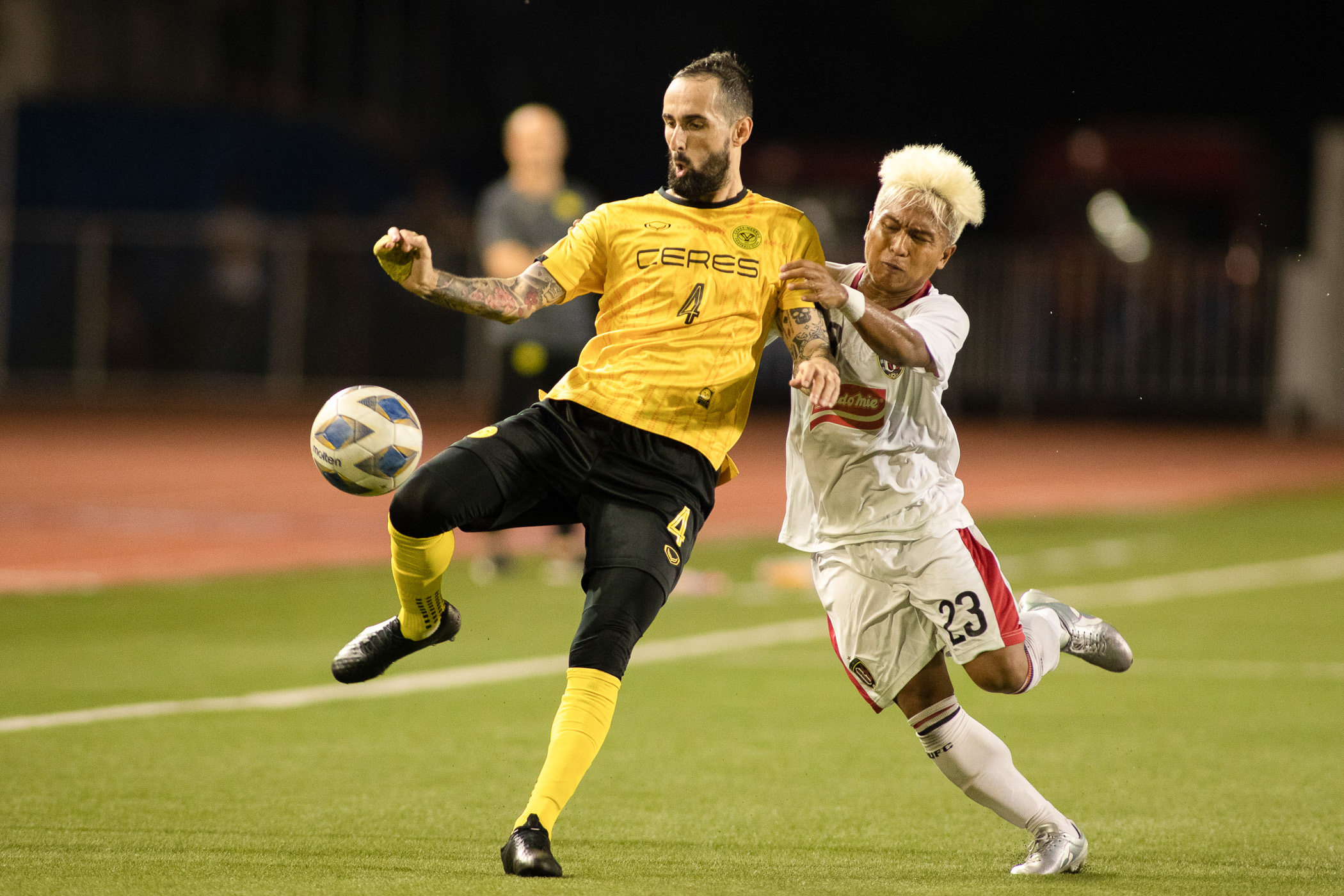 MANILA — Ceres Negros posted a dominant 4-0 win over Indonesia’s Bali United in their home finale at the AFC Cup Wednesday evening at the Rizal Memorial Stadium.

Playing behind closed doors due to the threat of Covid-19, it was Risto Vidakovic’s Busmen who were the aggressor in this clash of league champions as they turned the heat in the second half to close out their home schedule in Group G with an unbeaten record, taking the pole position with seven points.

“It’s not easy to control the game,” the Serbian said. “Especially the team is defending very deep.”

Bienvenido Maranon got a fifteen minute brace for the three-time PFL champions, as they assert their dominance on the pitch with their 68% possession and out-shot the reigning Indonesian league champs, 12-3.

The double by the Spaniard had put him on top of the all-time scoring charts in the competition, surpassing Al Wehdat’s Mahmoud Shelbaieh in the process by firing his 35th goal in his five AFC Cup stints.

OJ Porteria put Ceres ahead with a 35th minute rebound, after Stephan Schrock’s initial effort was stopped by Nadeo Winata.

It was a physical contest from the opening whistle, as evidenced by the 28 fouls and six yellow cards shown by the Tajik referee that almost overshadowed the one-sided affair the match had become.

Nine minutes after the restart, Schrock was brought down by Bali centre-half Willian Palacio in the box, and the Spaniard made no mistake with his spot kick, in which Maranon completed his double in the 69th minute with a header from the Azkals captain, hiking his account for the AFC Cup to five goals.

Four minutes after that, Robert Lopez-Mendy joined the party with a long-ranged bomb on the counter after catching the Bali defence napping.