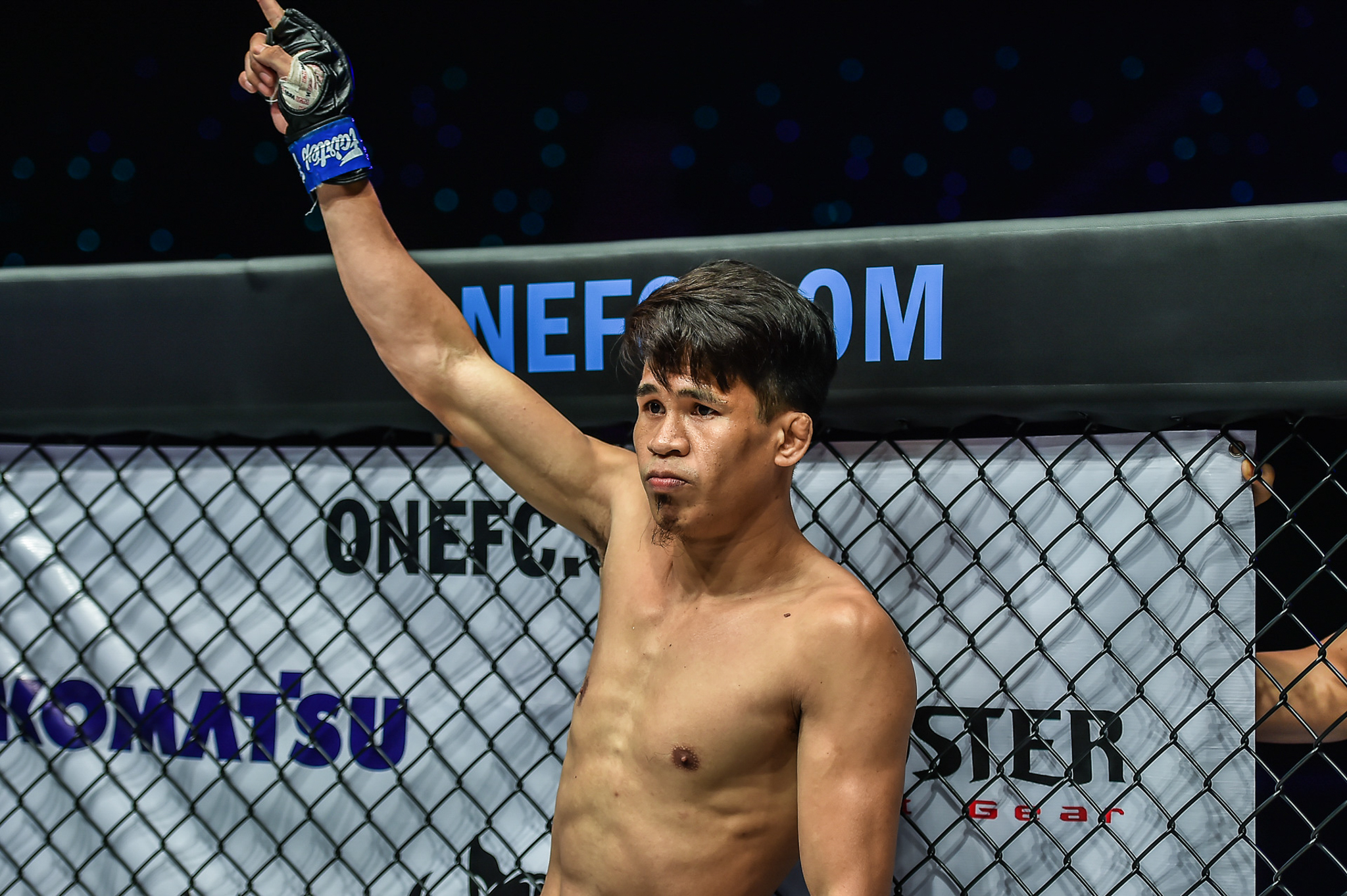 Filipino stalwart Jeremy Miado couldn’t hide his excitement when issued the confirmation of being in the fight card of ONE Championship’s biggest event, ONE X on March 26.

Filled with elite and legendary fighters, ONE X is the celebration of the Singapore-based organization’s 10th year anniversary.

“I’m really surprised to be added to this card because this is not just another big event, this is the 10th year anniversary card for ONE Championship. This means so much for me as an athlete because I will be part of a historic card like this alongside some of the big names here at ONE,” expressed Miado.

“I feel so much excitement. Since my last fight [against Senzo Ikeda] was cancelled, I have been patiently waiting for the call and I can say that I’m really 100-percent hungry to be back in action.”

But his return will be at a cost as he will be facing Team Lakay’s “Thunder Kid” Lito Adiwang in a rare all-Filipino strawweight showdown.

This is not his first time meeting another Filipino inside the Circle though as he already fought Robin Catalan last April 2017 where he tasted a bitter split decision loss.

“It’s surprising to me because I will fight another Filipino. We are both fighting and hoisting our country’s flag,” said Miado.

“I’ll just have to take the fight as like my other fights. I have so much respect for Adiwang, especially as he’s a fellow Filipino, but I believe we will give it our all and not take this personally.”

Nonetheless, Miado is all fired up to have a striking battle with one of the promotion’s most explosive fighter. “The Jaguar” also hopes to improve his 10-4 fight card and extend his 2-fight win streak.

“Since I started here in Marrok, we’ve polished all of my skills, from striking, wrestling, to grappling. I’m really grateful for the help that Marrok has done for me and my career,” shared Miado.

“Expect the unexpected. We’re both explosive strikers and I know that Lito will also do everything to prepare for this match of ours.”

With the confidence he gained from toppling Chinese Miao Li Tao twice, Miado is positive that this fight will definitely pave the way for a spot in the athlete rankings.

“Believe in yourself and believe in your team. Those are the things I’m taking heading into this match. I know my team supports me and I look at this as a step closer to my dream to be known and hopefully, challenge for the belt soon. I know that I can only do that as long as I continue to get wins, so I will try my best to achieve those goals,” concluded Miado.