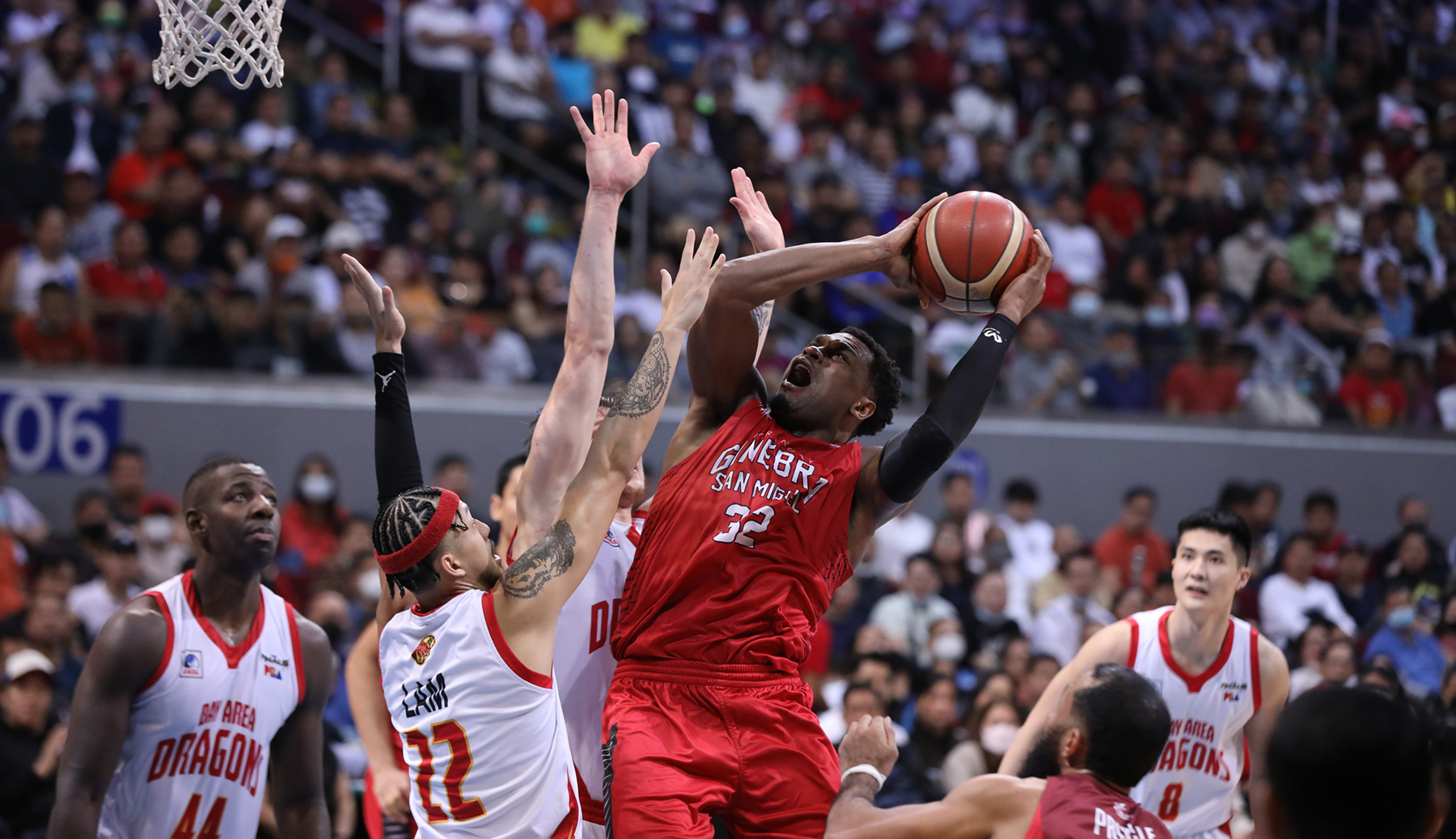 Barangay Ginebra Gin Kings shut down the Bay Area Dragons in the homestretch to hack out a come-from-behind 89-82 win in Game 3 of the 47th PBA Commissioner’s Cup Finals on Wednesday night, January 4, at the packed Mall of Asia Arena in Pasay City.

Egged on by the relatively pro-Ginebra crowd, the Gin Kings once again showcased their vaunted never-say-die attitude when they clawed back from double-digit deficits en route to taking a crucial 2-1 lead in the best-of-seven title series.

Justin Brownlee, Scottie Thompson, LA Tenorio and Jamie Malonzo pumped in crucial points for the Kings, who bounced back from a blowout 82-99 loss in Game 2.

The Dragons spewed fire in the third canto and appeared headed for another big win when they erected a 59-45 lead late in the period.

Bay Area was still up, 79-72, inside the final five minutes of the contest when Ginebra turned things around behind a lethal endgame run.

Brownlee and Tenorio combined for seven straight points that tied the contest at 79 apiece with 2:42 left.

In a crucial play, Thompson came up with an athletic play when he out-jumped Bay Area’s 6-foot-10 import Andrew Nicholson to complete a putback off Malonzo’s miss that gave Ginebra an 81-79 lead with 1:26 to play.

After an empty Bay Area possession, Malonzo broke their opponent’s back by knocking down a booming triple that padded Ginebra’s lead to 84-79, time down to 50.6 seconds.

Ginebra, which also won Game 1, 96-81, iced the win by going five-for-six from the freethrow area in the dying moments of the hotly contested match.

Brownlee paced Ginebra with 34 points, while Christian Standhardinger, who shackled Nicholson in the endgame, added 15 points.

Thompson tallied 14 points, while Malonzo had 10.

Nicholson showed the way for the Dragons with 23 markers.