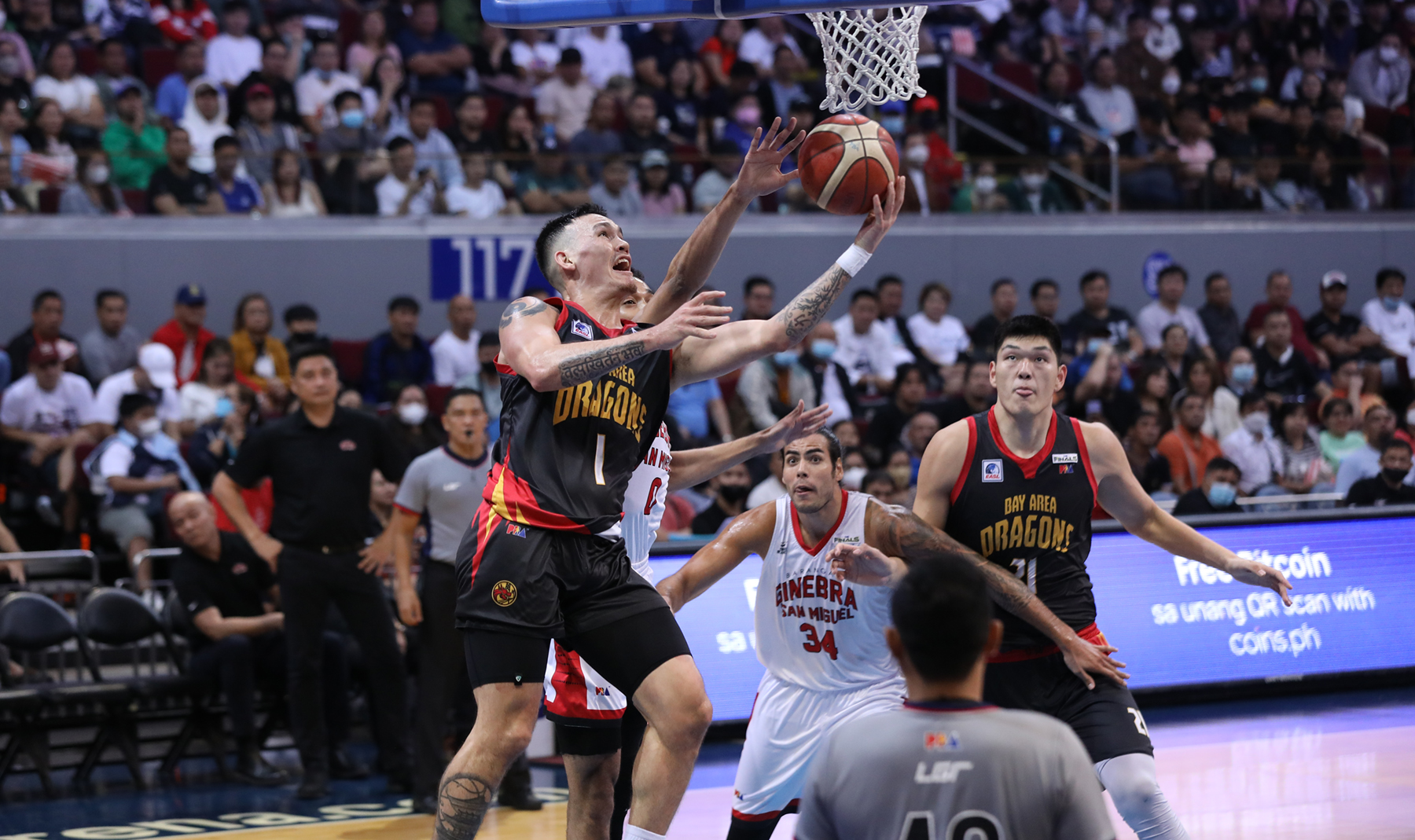 Bay Area Dragons bucked the absence of import Andrew Nicholson and pulled off a stunning 94-86 win over the Barangay Ginebra Gin Kings on Friday night at the Mall of Asia Arena.

With Nicholson sitting out the contest due to a sprained ankle, Kobey Lam took it upon himself to carry Bay Area’s scoring load, firing a game-high 30 points as the Dragons evened the 47th PBA Commissioner’s Cup Finals at 2-2.

Nicholson hurt his ankle in Bay Area’s 82-89 loss in Game 3 last Wednesday and for a while it looked like his absence would be too much for the Dragons to overcome.

The Kings surged to an eight-point lead at the bend, 46-38, but the Dragons simply refused to cave in.

Bay Area moved within 60-61 at the end of the third period and went on to steal the win behind Lam’s endgame scoring spurt.

Lam scored 13 of the Dragons’ last 18 points as the battle-tested uncharacteristocally Kings sputtered at the finish.

The loss spoiled Brownlee and Thompson’s winning of the Best Import and Best Player of the Conference awards, respectively.