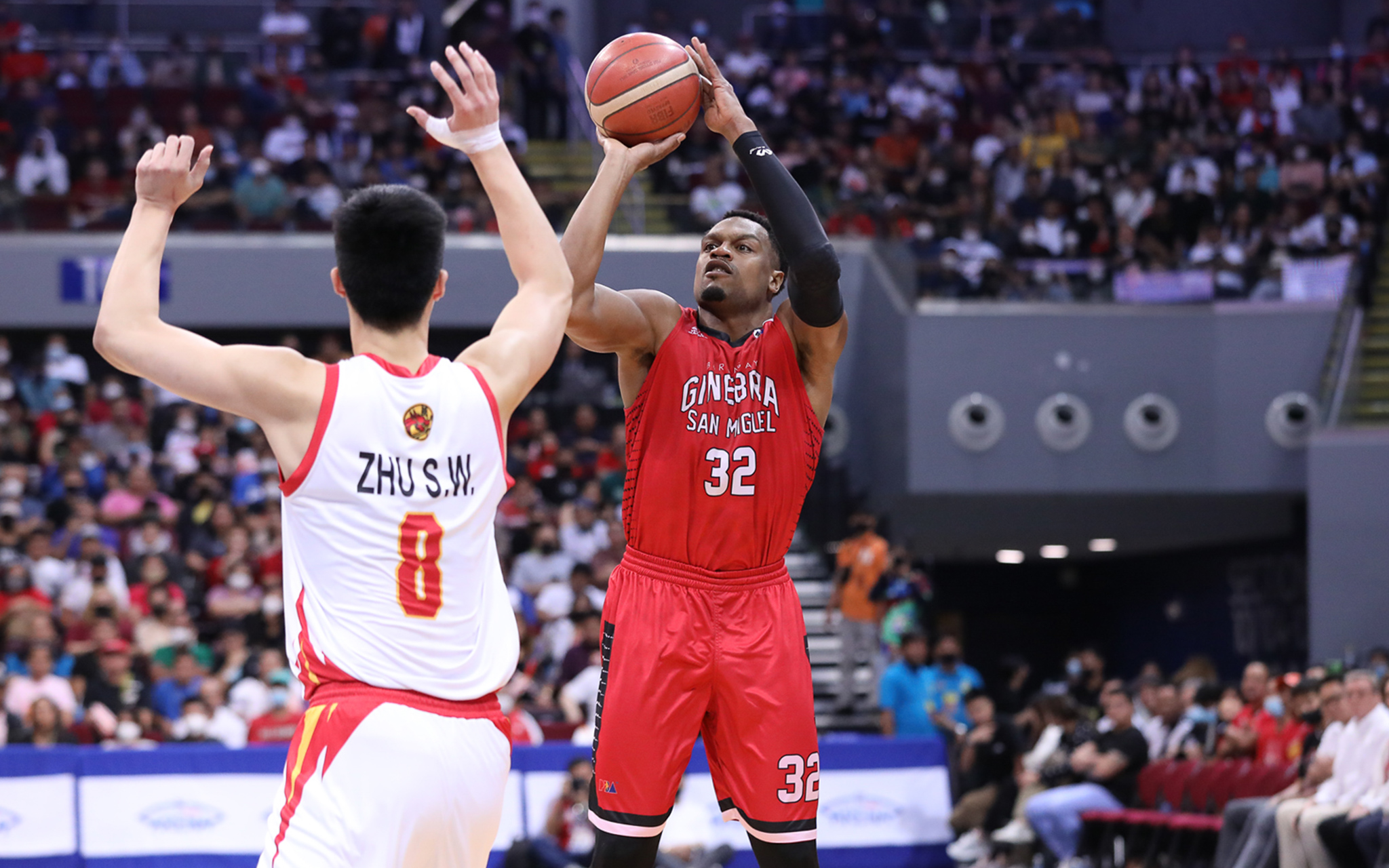 Barangay Ginebra faced an import-less Bay Area for the second straight game and this time, the Kings took care of business.

Ginebra moved one win away from clinching the 47th PBA Commissioner’s Cup crown after it nipped Bay Area, 101-91, in Game 5 of their best-of-seven championship series at the jam-packed Mall of Asia Arena in Pasay City.

The Kings now lead the series, 3-2, and will have a chance to wrap things up on Wednesday’s Game 6.

The Dragons played their second straight game without Andrew Nicholson, who is still recuperating from a sprained ankle that he sustained in Game 3.

Making matters worse for the Dragons was the absence of another key player in Glen Yang, who sat out the crucial Game 5 due to a foot injury.

An inspired Bay Area bucked the absence of Nicholson in Game 4 where they escaped with a stunning 94-86 victory.

It turned out there was no repeat of that upset win and Ginebra had Justin Brownlee to thank for.

Brownlee erupted for 37 points to lead the Kings’ dominant win as the game was only close in the early goings.

Bay Area actually led after the first period, 24-23, but Ginebra imposed its dominance in the next period to end the first half with a 54-43 lead.

Ginebra’s lead increased to 14, 76-62, after three quarters of play and the best Bay Area could do was to move within 91-86 in the closing minutes.

Hayden Blankley led the Dragons with with 29 points, Kobey Lam pitched in 16, Zheng Qilong donated 15 points and Liu Chuanxing had 10. 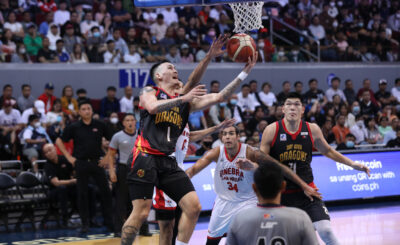