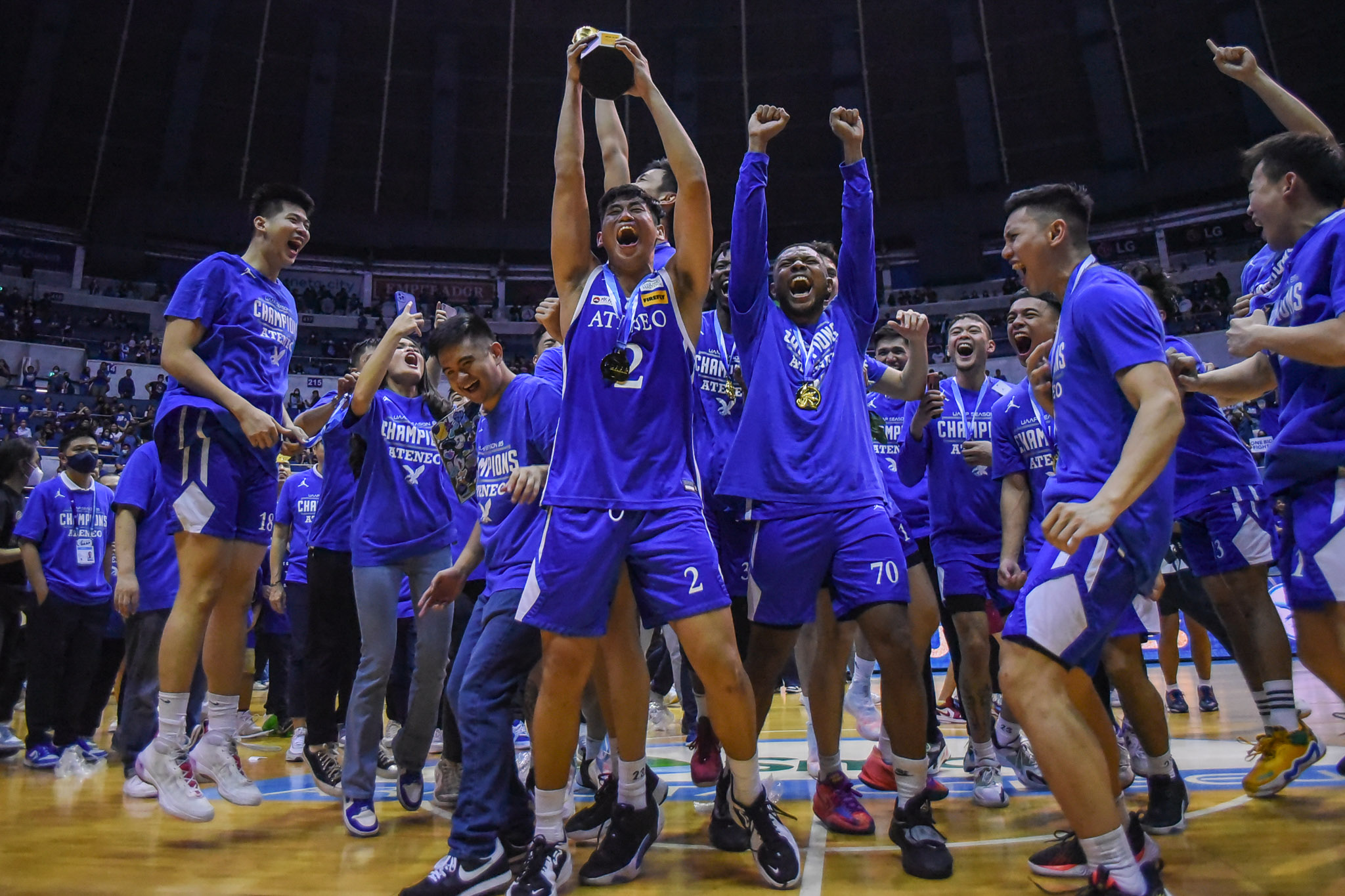 MANILA, Philippines – Ateneo de Manila University (ADMU) reclaims the UAAP championship title after defeating University of the Philippines (UP) in Game Three of the men’s basketball Finals, 75-68, on Monday, December 20, at the Smart Araneta Coliseum.

“Those guys right there, those people right there, and the support of the Ateneo people worldwide. A great start to the game, a great first half, and we weathered the storm,” said Ateneo head coach Tab Baldwin.

The Blue Eagles did not waste time, putting on a powerful defense and offensive front with a 16-point lead in the first quarter, 30-14. They kept their advantage and leaned on a 15-point distance from the Fighting Maroons at the half to keep in charge, 47-32.

But UP charged right after the break to cut the lead to eight in the third frame, 52-60.

Ange Kouame’s putback gave back Ateneo its eight-point lead, 70-62, with 1:48 minutes left in the game.

Carl Tamayo split his charities for UP. Harold Alarcon was then fouled from downtown. He shot his first freebie, missed the second, and purposely flunked the third to go for the offensive board, and make a triple to cut their deficit to three, 67-70, 20.1 ticks to go.

Alarcon tried for a triple but missed for UP as Sean Quitevis’ defensive rebound sealed the win – Ateneo’s 12thchampionship, and its fourth in the last five seasons.

“I’m so far from the forefront of this championship. It’s about these players. I’m just so grateful for their effort. I’m the lucky guy,” said Baldwin.

Finals MVP Kouame ended his Ateneo career after leading the team with a 19-point, 12-rebound double-double, and four blocks. Gomez and Forthsky Padrigao had 12 points each, while Andrade had 10 of his own.

Aside from Kouame, Andrade, and Dave Ildefonso have played their last game for Ateneo.

On the other hand, Spencer paced UP with 14 points, while Alarcon and Galinato had 12 points each. Galinato, Brix Ramos, and Zavier Lucero have also played their last for the Fighting Maroons.