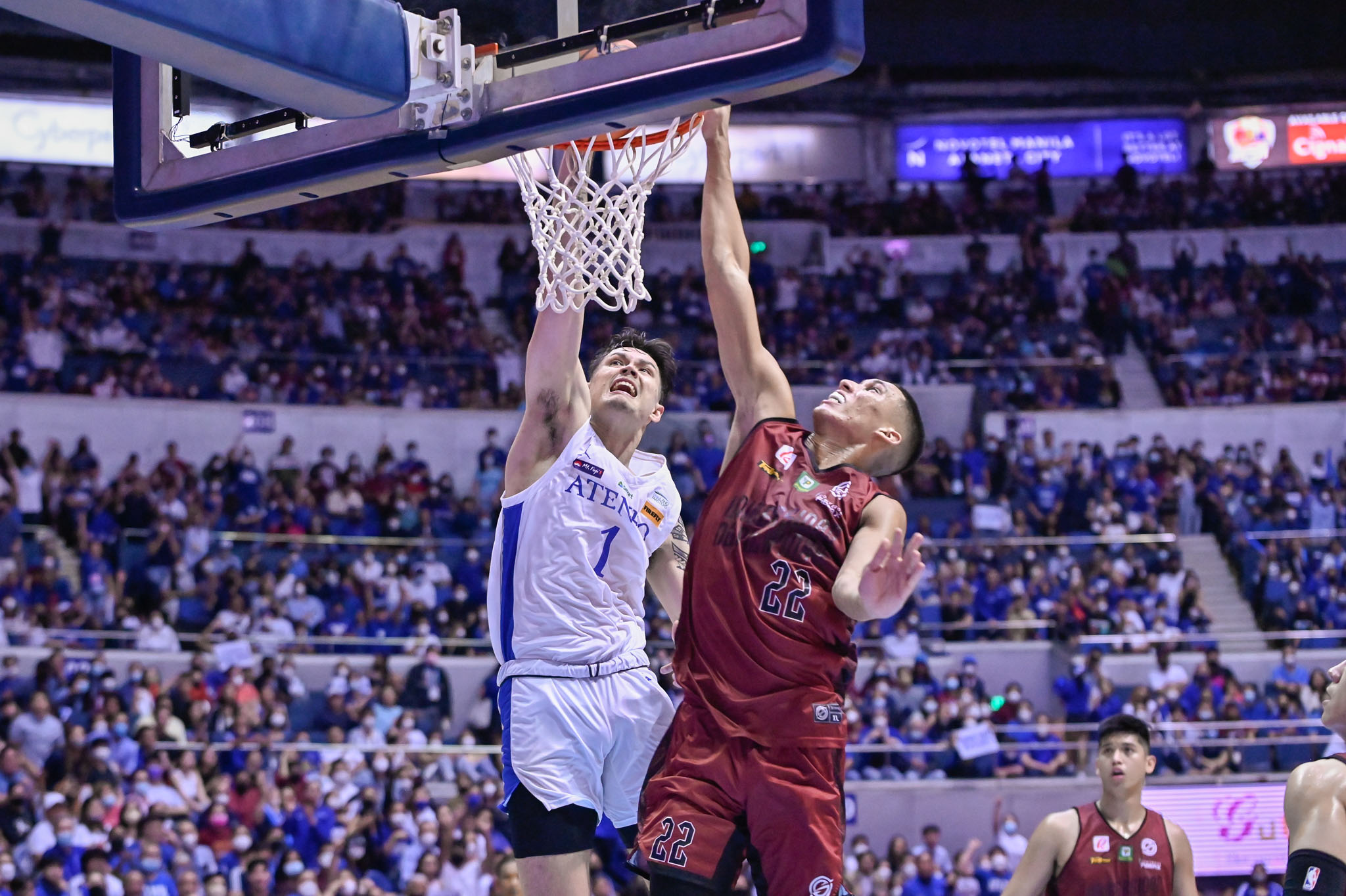 MANILA, Philippines – Ateneo de Manila University (ADMU) denied University of the Philippines (UP) its coronation at the Game 2 of the Finals of the UAAP Season 85 men’s basketball tournament on Wednesday, December 14 at the Smart Araneta Coliseum.

The Blue Eagles defeated the Fighting Maroons, 65-55, to force a do-or-die Game 3.

“We lived to fight another day. Both of these teams, our monikers are something about fighting. Everybody saw what sports fighting is about tonight,” said Ateneo head coach Tab Baldwin. “That’s the kind of game that we all sort of expects in the Finals.”

Big man Ange Kouame was a force to be reckoned with, leading the way for Ateneo with a 19-point, 11-rebound double-double on top of three blocks and three steals.

His layup at the 6:11 mark in the final frame stretched the Blue Eagles’ lead by as much as 15 points.

Carl Tamayo then answered back with five consecutive baskets, followed by a triple from Terrence Fortea to inch within nine, 54-63, 4:46 left in the game.

However, Tamayo’s split from the line proved to be UP’s last point in the game as Ateneo iced the win.

From a scoreless Game 1, Kai Ballungay snapped back and helped Ateneo win the game with 15 points on a 7-of-10 clip from the field.

On the other hand, Tamayo had 15 points, while JD Cagulangan chipped in 11 markers. Forthsky Padrigao added 11 points, too.

Ateneo and UP will face for Game 3 on Monday, December 19, 6PM at the Smart Araneta Coliseum.