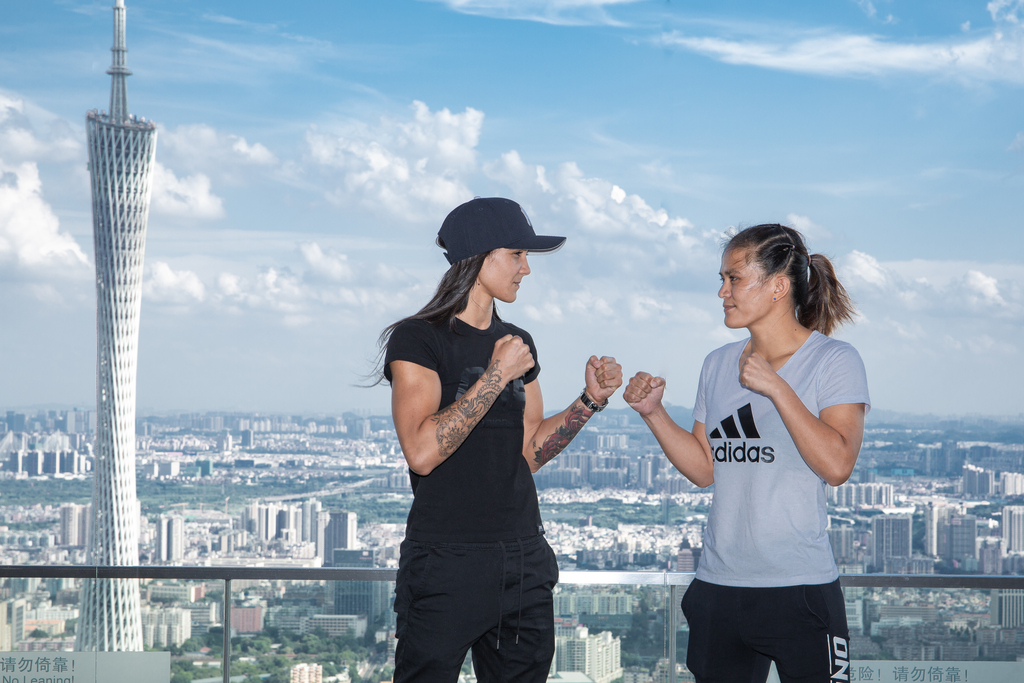 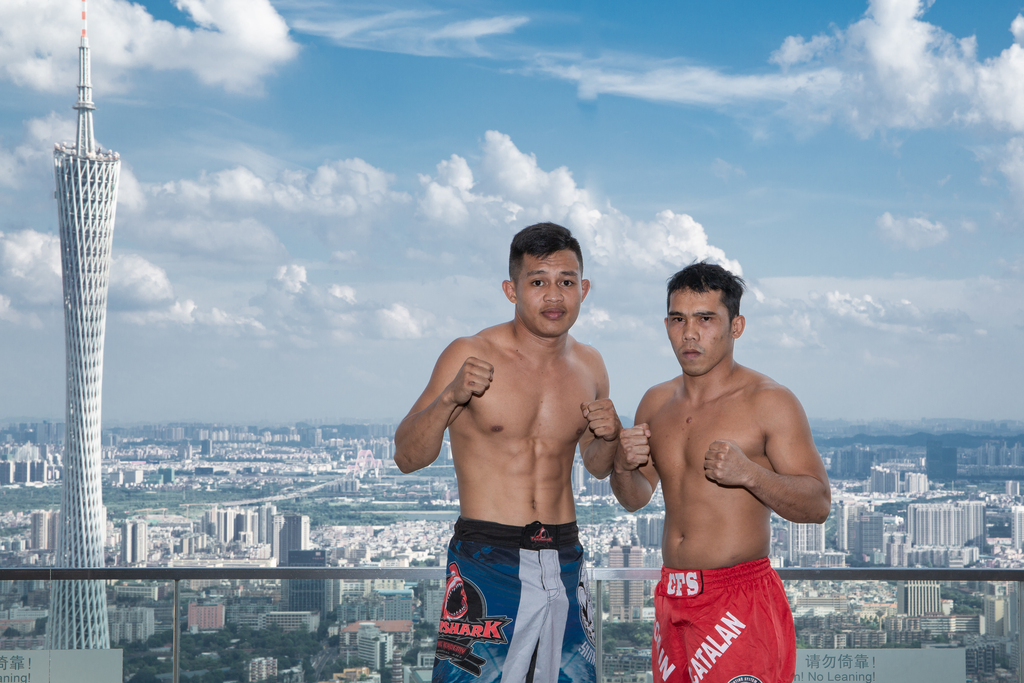 Guangzhou, China: The largest global sports media property in Asian history, ONE Championship (ONE), recently held the ONE: BATTLE FOR THE HEAVENS Official Face-Off at the Roof Top Bar of the Park Hyatt on Wednesday, 4 July. ONE Championship athletes stood and faced off with each other for the first time ahead of all the action this Saturday night.

ONE: BATTLE FOR THE HEAVENS is set for 7 July, at the Guangzhou Tianhe Gymnasium in Guangzhou, China. In the main event, 19-year-old Muay Thai phenom Yodcherry Sityodtong of Thailand will take on “Killer Bee” Kai Ting Chuang of China for the inaugural ONE Super Series Kickboxing Atomweight World Championship.

Ticket information for ONE: BATTLE FOR THE HEAVENS available at www.onefc.com.

Yodcherry Sityodtong, ONE Super Series athlete, stated: “Thank you all for coming out today at the official face-off. It is an honor to stand before everyone here today. This Saturday, I will be competing for the inaugural ONE Super Series Kickboxing Atomweight World Championship. I am a hundred percent ready to give the performance of a lifetime. I’m still young and my career in ONE Championship is just starting, but I have big plans and it all starts at ONE: BATTLE FOR THE HEAVENS. Kai Ting Chuang is a worthy opponent and I am not taking her lightly. This is going to be an amazing show.”

Kai Ting Chuang, ONE Super Series athlete, stated: “I feel incredibly excited for the event this Saturday. I know I am going up against a tough opponent in the world of Muay Thai, and I have seen many of Yodcherry Sityodtong’s previous bouts. It’s a tough challenge for me but I have worked very hard in training to prepare myself for the battle that is to come. This weekend at ONE: BATTLE FOR THE HEAVENS, I will bring my best performance. At the end of the night, I am confident of victory and that my hand will be raised as the first ever ONE Super Series Kickboxing Atomweight World Champion.”

19-year-old Muay Thai phenom Yodcherry Sityodtong makes her long-awaited ONE Championship debut when she competes for the inaugural ONE Super Series Kickboxing Atomweight World Championship. Sityodtong, who represents Evolve MMA in Singapore, owns an impressive professional Muay Thai record of 81-18-1. At such a young age, Sityodtong has already garnered many achievements in the ring, having won various Muay Thai World Championships throughout her young career. Now, Sityodtong looks to make her first appearance in ONE Super Series, taking on Kai Ting Chuang.

23-year-old Kai Ting Chuang of Chinese Taipei is making her ONE Championship debut at ONE: BATTLE FOR THE HEAVENS. A professional kickboxer with a record of 16-5, Chuang represents Iron Boxing, and is a two-time WAKO National Kickboxing Champion. Nicknamed “Killer Bee,” Chuang will go up against Yodcherry Sityodtong in the main event, which is set to crown the first-ever ONE Super Series Kickboxing Atomweight World Champion.

ONE: BATTLE FOR THE HEAVENS