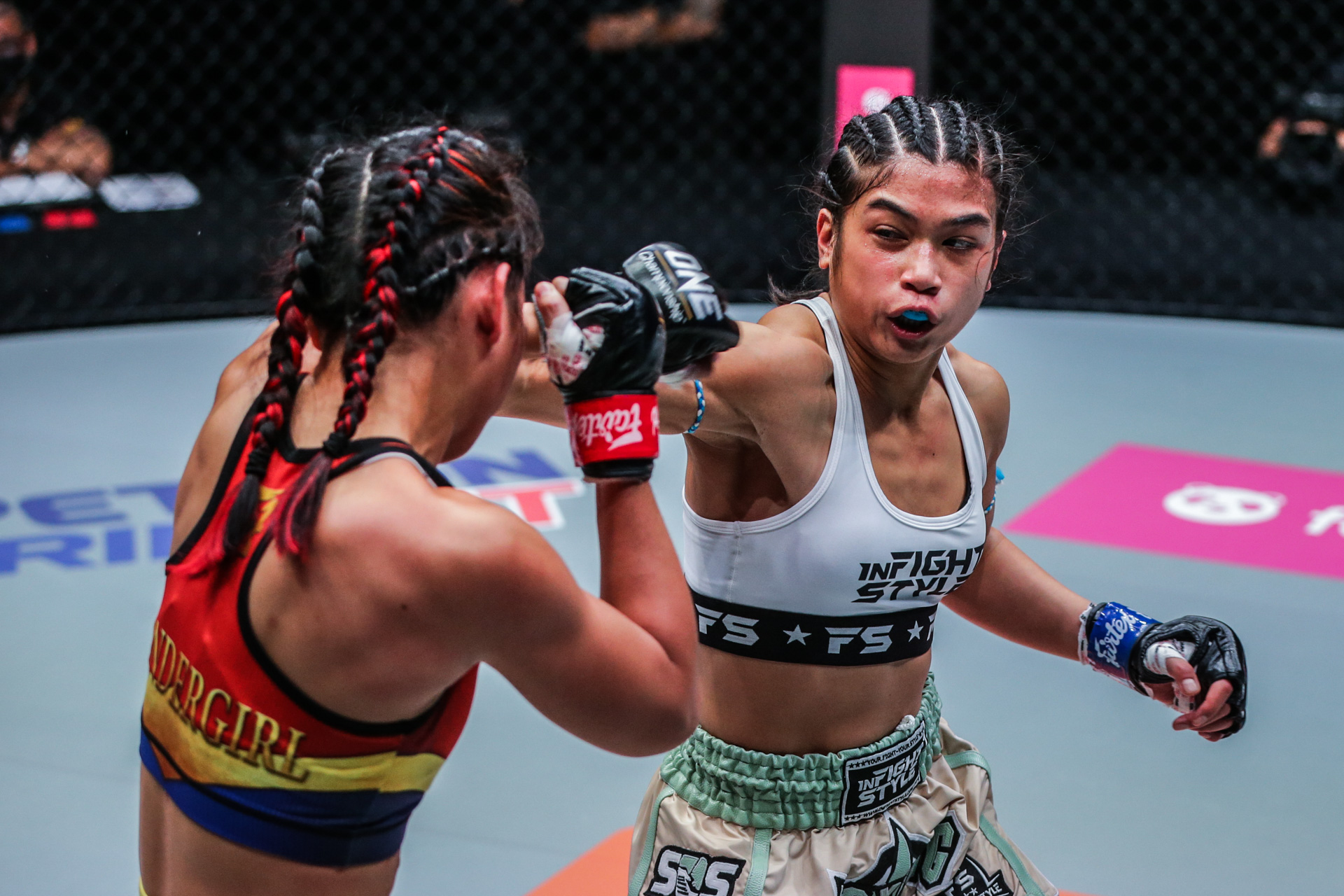 Proving that she was more than just a training partner to the reigning atomweight kickboxing queen Janet Todd, the 23-year old out of Lawndale’s Boxing Works has produced her punching masterclass in her Super Series debut that gave her the unanimous decision win over the highly-touted prospect.

With the speed and power of her hands on full display, Buntan sent Wondergirl to the canvas with a filthy left hook to the chin for the lone knockdown of the fight at the opening round.

“I’m lost for words,” she said to Mitch Chilson after the bout as she was confident of her abilities way before the opening bell.

“I have 100% confidence in my training and my coaches, and I believed that. I brought that with me in the cage.”

From then on, it was one way traffic for the Filipina as she fired a series of combinations en route to a dominating display in all three rounds.

Jackielou Buntan, Janet Todd, ONE Championship™ (ONE), ONE: Fists of Fury, Wondergirl Fairtex