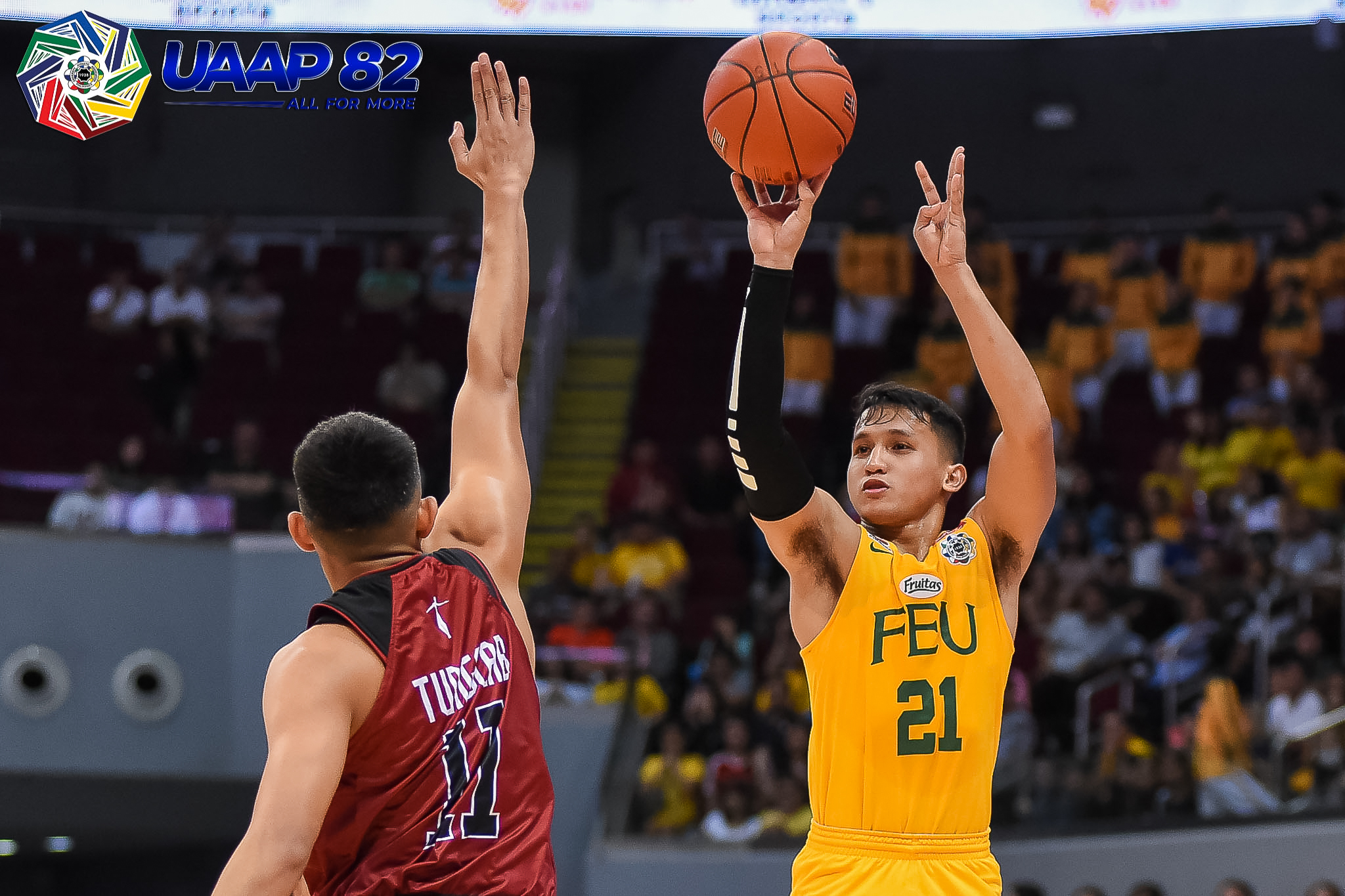 MANILA, Philippines – Far Eastern University hands University of the Philippines another heartbreak after a convincing 82-79 win on Sunday, in the UAAP Season 82 men’s basketball tournament at the Mall of Asia Arena.

FEU now improved to a 4-4 win-loss record to force a triple tie for third place with University of Santo Tomas and De La Salle University.

“Hard fought win for us,” said FEU head coach Olcen Racela. “That’s what you expect every game in the UAAP. We played possession, focused on every second of the game. We started out well, didn’t end well sa regulation, pero nakabalik kami noong overtime.”

The Tamaraws blew their 16-point lead in the fourth quarter, 69-53, off Patrick Tchuente’s layup with under six minutes left in the game.

But the Fighting Maroons went for a 16-0 run with Kobe Paras scoring seven points that inched them within two, 69-67, 46.4 ticks to go. Javi Gomez De Liaño stole the ball from FEU and hit a layup that tied the game at 69-all, 24 seconds left.

FEU’s Ino Comboy could have iced the game wih a three-pointer, but he missed his shot to send the game to overtime.

In overtime, Xyrus Torres and Kenneth Tuffin’s back-to-back baskets led FEU to take an early 74-69 lead. UP responded with an 8-3 run to tie the game at 77-all, 65 ticks to go.

Tuffin then sank a three-pointer, followed by Comboy’ jumper to lead the game, 18 seconds left.

Tuffin paced FEU with 18 points, while LJ Gonzales had a 17-point, 12-rebound double-double on top of six assists. Tchuente added another double-double of 14 markers and 11 boards, while Torres had 12 points.

For UP, Paras led with 22 points, nine rebounds and six steals. Bright Akhuetie had 14 markers and 11 boards, while Javi GDL had 11 points as they dropped to a 5-3 slate, still good for solo second.