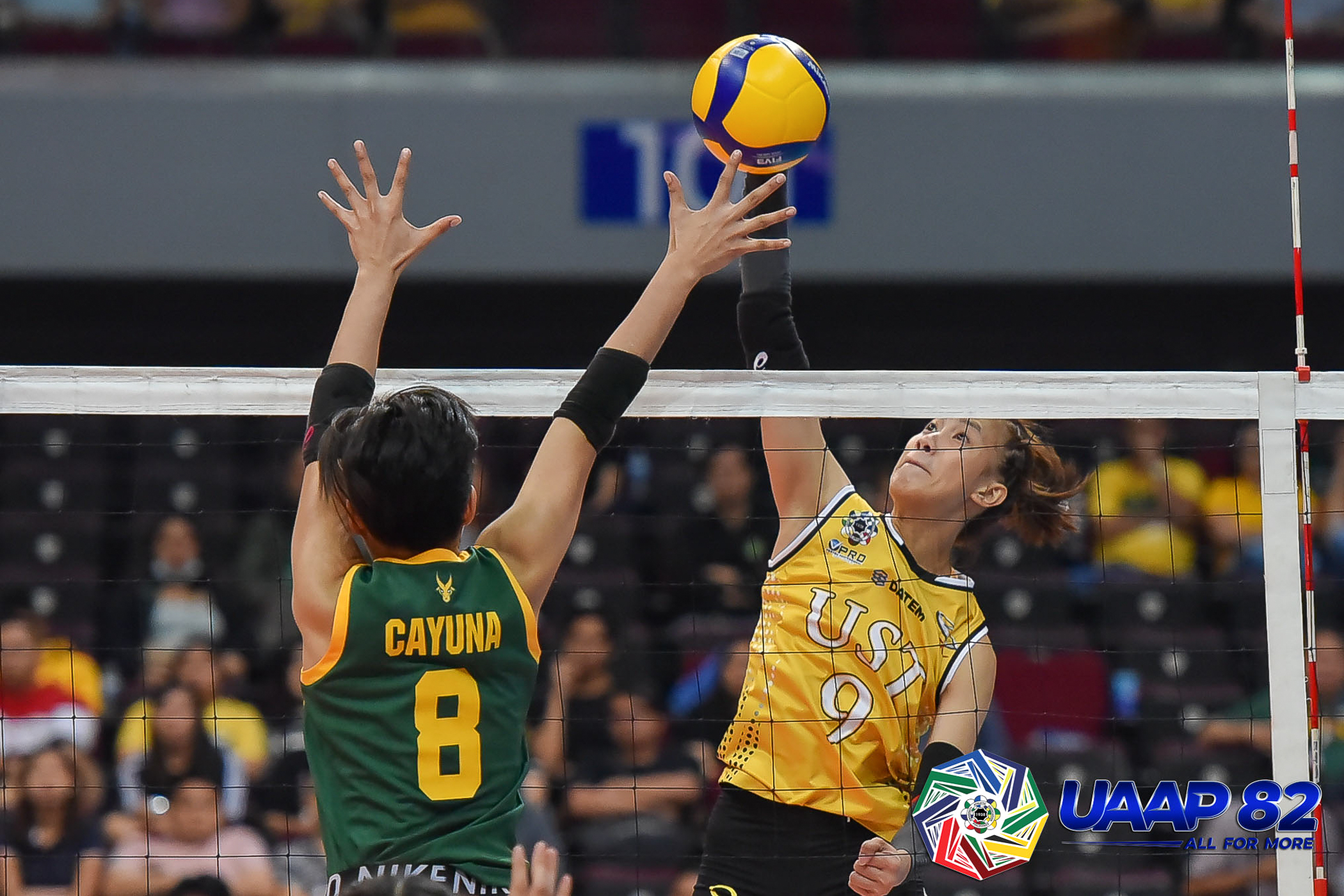 The University of Santo Tomas Golden Tigresses got their first win in the UAAP Season 82 women’s volleyball tournament via a straight set win, 25-20, 25-16, 25-18, over the Far Eastern University Lady Tamaraws, Sunday at the Mall of Asia Arena.

After losing to NU in their season debut, UST seemed to have found their rhythm coming into the match. In all the sets, the Golden Tigresses pulled away right from the onset, merely allowing the Lady Tamaraws to get a taste of the lead.

Escaping FEU in a close first set, UST maintained the momentum in the succeeding sets as they pulled off 7-1 and 8-2 runs in the second and third frames, respectively.

Sisters EJ and Eya Laure were in sync, leading the Golden Tigresses with 16 and 12 points, respectively.

However, it was the supporting cast Ysa Jimenez and Baby Love Barbon who provided the finishing touches with back-to-back strong hits that completed UST’s first win this season.

FEU’s middle blockers Cza Carandang and Jeanette Villareal combined for 14 points as they fell to a 1-1 win-loss card.