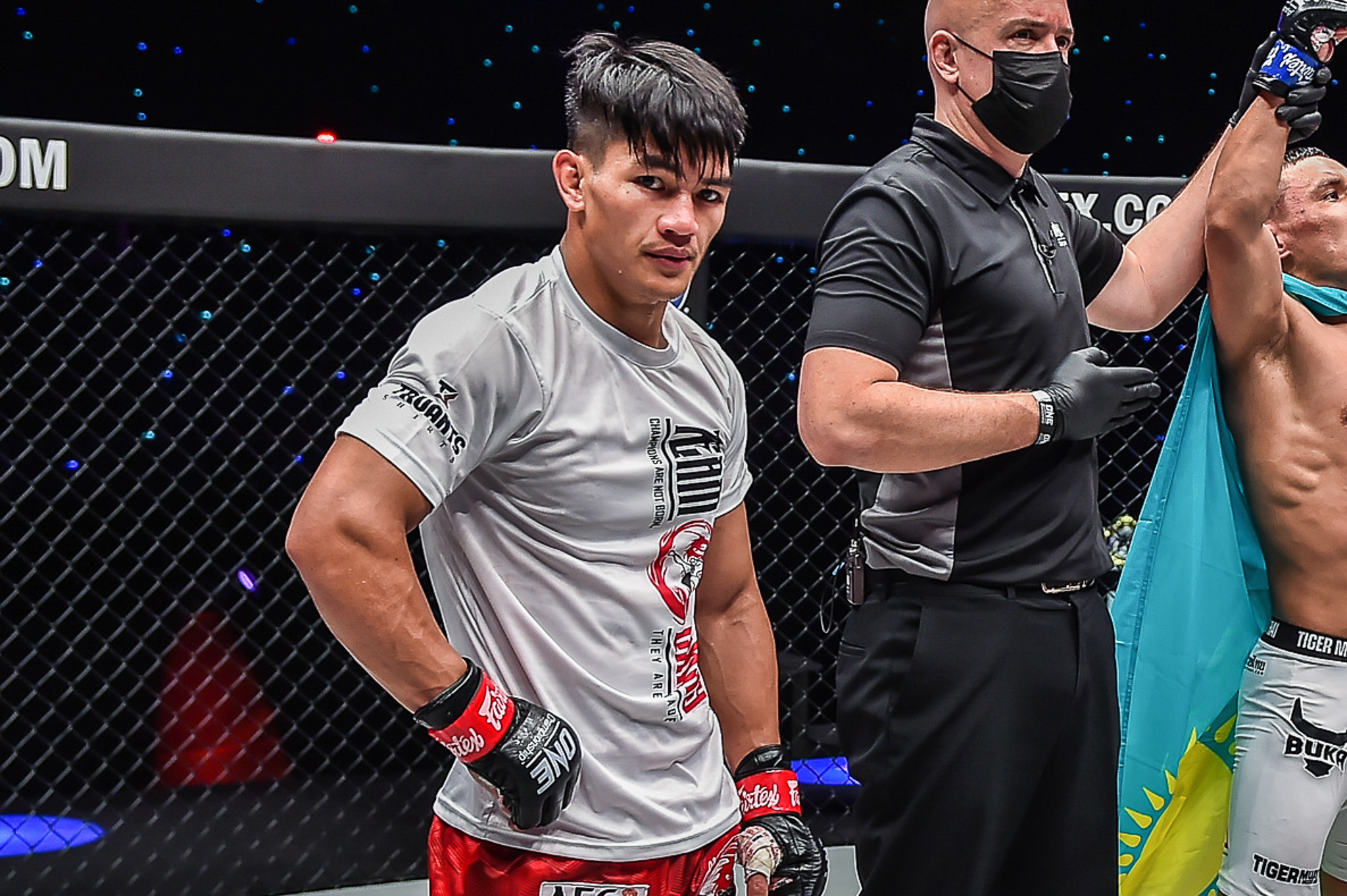 Team Lakay flyweight title contender Danny Kingad is not the type to back down a call out especially someone he has already toppled down before.

This is after Australian Reece McLaren’s challenge following hist quick fix of Xie Wei at ONE 158.

Impressed of McLaren’s performance, Kingad is confident that he could repeat what has happened between them before, or even better this time.

“An excellent performance from Reece! He was able to survive the killer right punch of Xie Wei. I was amazed and equally entertained by Reece. He really gave it his all during the fight and submit Xie Wei,” said the no. 4 flyweight contender who was watching the fight at home.

Definitely The King is not scared to share the Circle again with McLaren despite only the close split decision victory in their first fight last August 2019.

Despite McLaren elevating his game, pairing some striking skills with his grappling, Kingad has no hesitation in accepting the challenge and wants it to be done quick.

“I think he doesn’t believe that he lost in our first fight, that’s why he wants that rematch. Knowing Team Lakay and knowing myself, we’re not backing down from anyone. I’m ready if ever we fight each other again. Give me the date and place!” announced Kingad.

Indeed, a rematch is needed to settle the unfinished business between the two fighters with a win surely putting one at a closer spot for the title contention.

Kingad who was a force to be reckoned with in his first 10 fights was abruptly slowed by a 1-2 outing in his last three outings.

Ready for a comeback, the 26-year-old warrior from Baguio learned a lot from his lost to Kairat and he is ready to apply them to a would-be fight with McLaren.