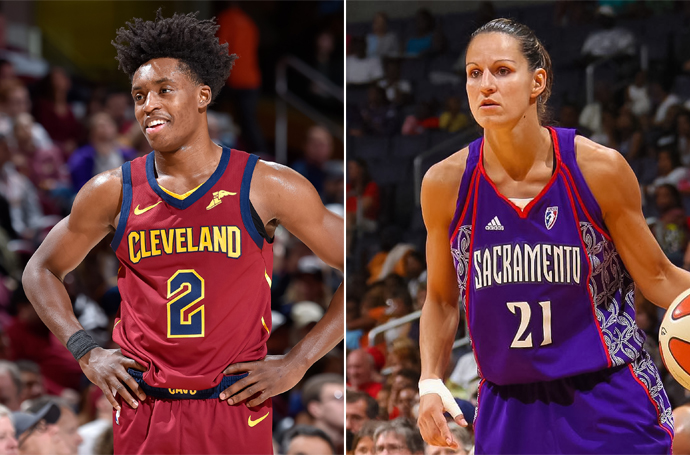 MANILA, PHILIPPINES – The National Basketball Association (NBA) announced today that Collin Sexton of the Cleveland Cavaliers and WNBA legend Ticha Penicheiro will visit Manila to help coach the top youth players aged 13-14 at the 2019 Jr. NBA Philippines presented by Alaska. National Training Camp participants will experience world class basketball instruction at the Don Bosco Technical Institute on May 18, with the most outstanding athletes competing in the boys and girls exhibition game at the SM Mall of Asia Music Hall on May 19.

Sexton and Penicheiro will help select the top five boys and five girls from the 80 finalists who will be named 2019 Jr. NBA Philippines All-Stars and serve as assistant coaches for the annual Jr. NBA Alumni All-Star Game.

Jr. NBA Philippines presented by Alaskais committed toimproving youth health and wellness and addressing growing inactivityby highlighting the importance of proper nutrition and an active lifestyle to participants. Since its launch in 2007, Jr. NBA Philippines has reached an estimated two million players, coaches and parentsin over 190 cities and municipalities nationwide, teaching the fundamentals of basketball and the program’s core values of sportsmanship, teamwork, a positive attitude, and respect (S.T.A.R.).

“I’m excited to work with aspiring young athletes and help contribute to their basketball development,” said Sexton. “The Jr. NBA is a perfect program for them to learn essential skills and values that will help elevate their game.”

“Jr. NBA continues to be aninclusive platform for boys and girls, encouraging sports participation and instilling an active and healthy lifestyle among the Filipino youth,” said Penicheiro. “I’m grateful for the opportunity to nurture their holistic growth and put them in a position to succeed in basketball and in life.”

Sexton was selected 8th overall in the 2018 NBA Draft and averaged 16.6 points, 3 rebounds, and 2.8 assists per game with the Cavaliers this season.

Penicheiro, drafted 2nd overall by the Sacramento Monarchs in the 1998 WNBA Draft, is a WNBA Champion and a four-time WNBA All-Star. Named as part of the WNBA’s Top 15 Players of All Time, Penicheiro spent 15 seasons in the WNBA with the Sacramento Monarchs, Los Angeles Sparks and Chicago Sky and will be enshrined as part of the 2019 class of the Women’s Basketball Hall of Fame this June.

The Jr. NBA, the league’s global youth basketball program for boys and girls, teaches the fundamental skills as well as the core values of the game at the grassroots level in an effort to help grow and improve the youth basketball experience for players, coaches and parents. During the 2018-19 season, the NBA and its teams plan to reach more than 51 million youth in 75 countries throughleague play, in-school programming, clinics, skills challenges, and other outreach events.