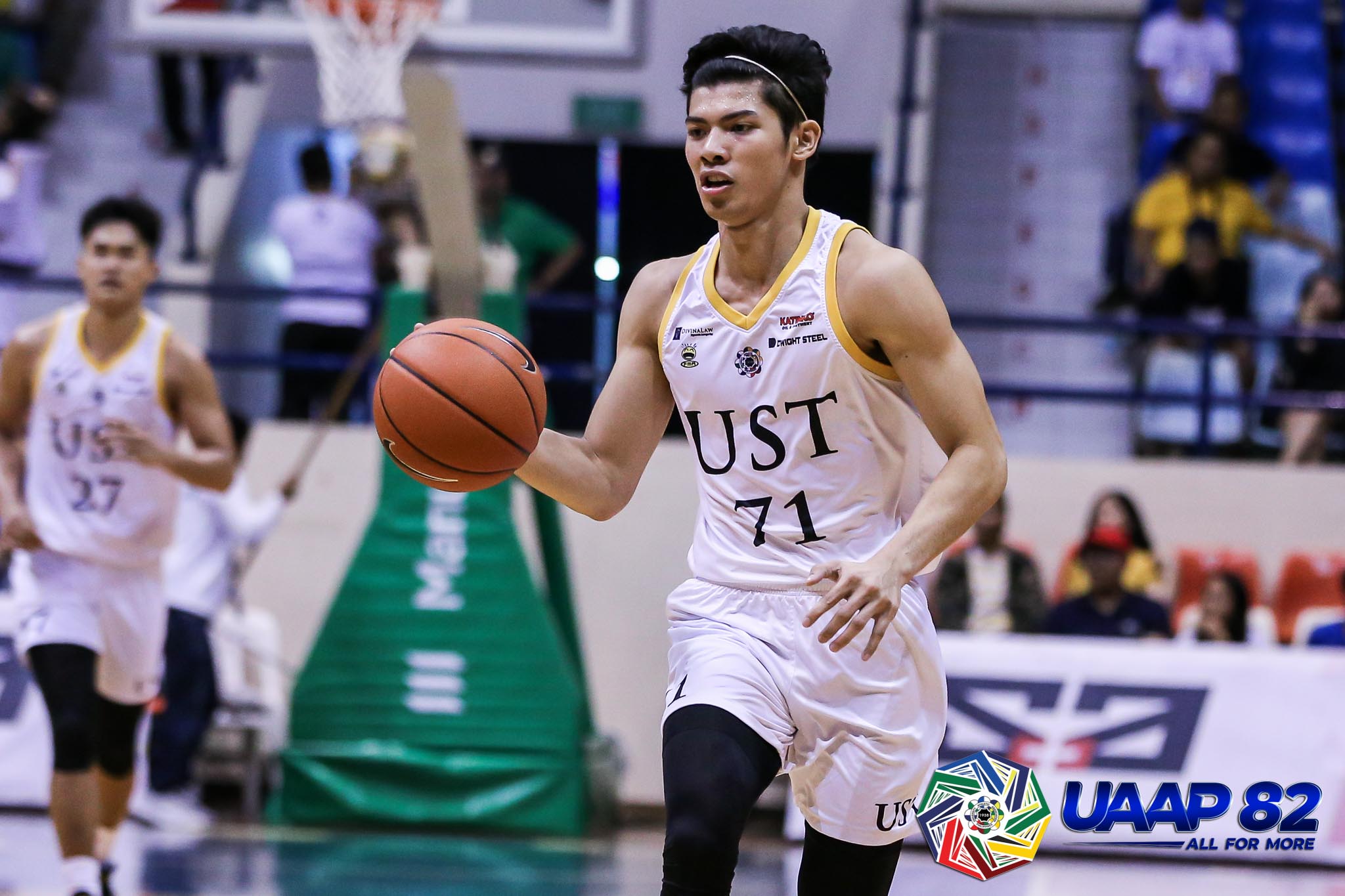 Cansino posted 15 points, five rebounds, three assists, and three steals that helped the Growling Tigers improve to a 7-5 win-loss record to remain at third place in the league standings, and at the same time, eliminated the Bulldogs from making it into the Final Four as they dropped to a 2-9 slate.

Big man Soulemane Chabi Yo, veteran Renzo Subido and Mark Nonoy also posted a double-digit mark for the Tigers. Chabi Yo had a double-double record of 16 points and 14 rebounds, while Subido and Nonoy chipped in 14 and 12 points, respectively in the win.

“Lots of players stepped up. They just played basketball,” said UST head coach Aldin Ayo post-game. “They were having fun out there. They enjoyed the game, but we know when they were doing that, may kasamang responsibility.”

UST kept a comfortable eight-point cushion at the half, 38-30, and only stretched this to 23 halfway through the third quarter, 58-35, after a 14-1 run led by Cansino and Rhenz Abando.

Dave Ildefonso answered right back with his own buckets to boost NU for a 21-7 rally and cut the deficit to nine, 56-65.

However, UST’s expertise in the three-point area allowed them to come back up with a 20-point cushion after back-to-back triples from Subido and never looked back.

Ildefonso led NU with 27 points, six rebounds, and four assists, while brother Shaun chipped in 13 markers and seven boards in the losing effort.