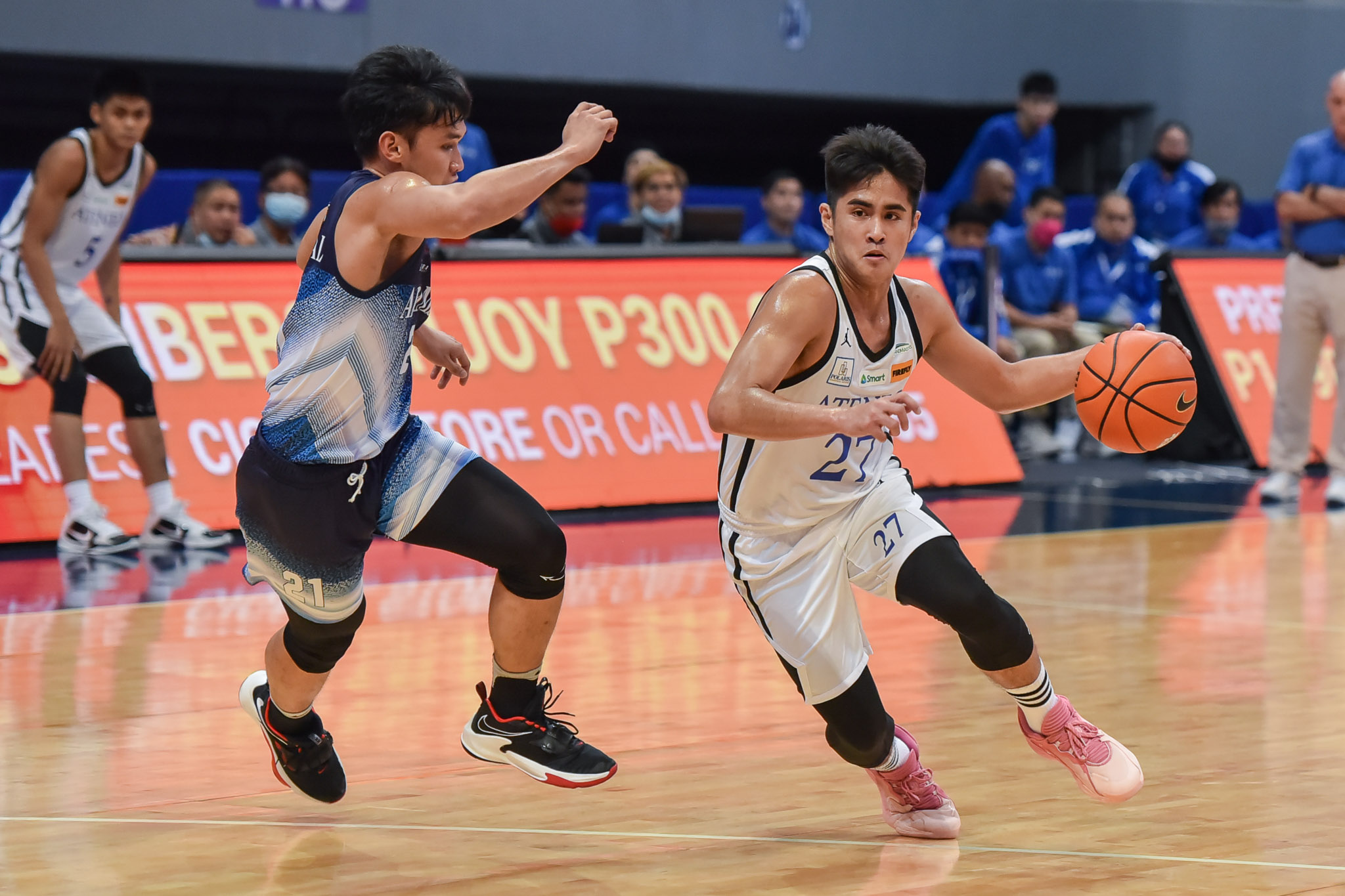 The Ateneo de Manila University (ADMU) grabbed their 12th straight win after defeating Adamson University (AdU), 91-57, on Tuesday, April 26 at the Mall of Asia Arena. They are now two wins away from heading to their fifth consecutive Finals trip.

Tied at 57-all, the Tamaraws went on a 9-2 run thanks to three consecutive triples from Xyrus Torres, RJ Abarrientos, and Patrick Sleat, 66-59, 58.1 ticks left in the game.

The Tamaraws improved half a game ahead of Adamson University for fourth at 6-6, while pulling the Green Archers down to 7-5, still at third.

Mark Nonoy was fouled from behind the arc, but only made one. This was followed by another foul for Michael Philippines, but he split his charities, 62-66, 7.7 seconds to go.

L-Jay Gonzales knocked down his own freebie to clinch FEU’s third straight win.

“At the half, ‘yung yung sinabi ko sakanila. We have to play 40 minutes of basketball to beat La Salle. We had a bad third quarter. Luckily in the fourth quarter, we stepped up on defense and executed on offense so nasuwerte rin kami because La Salle didn’t have [Schonny] Winston today so we just took advantage of it,” said FEU head coach Olsen Racela.

On the other hand, Evan Nelle led the Green Archers with 15 points, seven rebounds, and five assists, while Justine Baltazar had a 13-point, 16-rebound double-double.

The No. 2 team kept their composure and went for a 12-4 run capped by Ricci Rivero’s alle-oop slam that gave UP a comfortable 17-point lead, 73-56.

“Working pa rin kami as a team — how to get ‘yung rhythm namin as a team, how to execute as a team which nakikita ko we’ve been doing for the whole game kanina,” said UP head coach Goldwin Monteverde.

Zavier Lucero led UP with a 20-point, 14-rebound double-double, along with three blocks, and three assists. Rivero added 17 markers, and four boards as they improved to a 10-2 slate.

ADMU overpowered AdU 91-57 for an elimination round sweep.

From a slow start that gave them a slim three-point lead in the first quarter, 20-17, the Blue Eagles showed great defense, and a stellar offensive performance in the second quarter, limiting the Soaring Falcons to only seven points, 40-24.

“I think second quarter was really telling in this game,” said Ateneo coach Tab Baldwin. “They got some rhythm but second quarter, everyone went there and dug in. Halftime, coaches came up with some good adjustments. A lot of credit has to go to our bench.”

The defending champs kept their momentum in the third quarter and stretched the lead to 24, 65-41, and cruised to their 12th straight win.

Ange Kouame had 18 points, nine rebounds, five assists, and three steals, while Matthew Daves finished with a career-high 18 markers. Ateneo is now two wins away from heading to their fifth consecutive Finals trip.

On the other hand, Jerom Lastimosa led Adamson with 16 points as they slid to 5-7 slate for fifth seed.

“Good win for us” said NU coach Jeff Napa. “We’re hoping ma-translate namin to against UE sa Thursday. Our mindset is one game at a time.”

The Growling Tigers answered back with a 19-2 run off an Aldave Canoy reverse layup to cut the deficit to 10, 55-65. However, NU managed to put in baskets that kept them afloat until time ran out.

Reyland Torres led NU with 18 points, and Michael Malonzo added an 11-point, 10-rebound double-double. The Bulldogs improved to a 5-7 win-loss record, and tied with AdU at fifth.

On the other hand, Nic Cabanero had a double-double of 13 points, and 15 rebounds for UST. The Growling Tigers dropped to their four consecutive loss at 3-9, and are now out of the post-season contention.