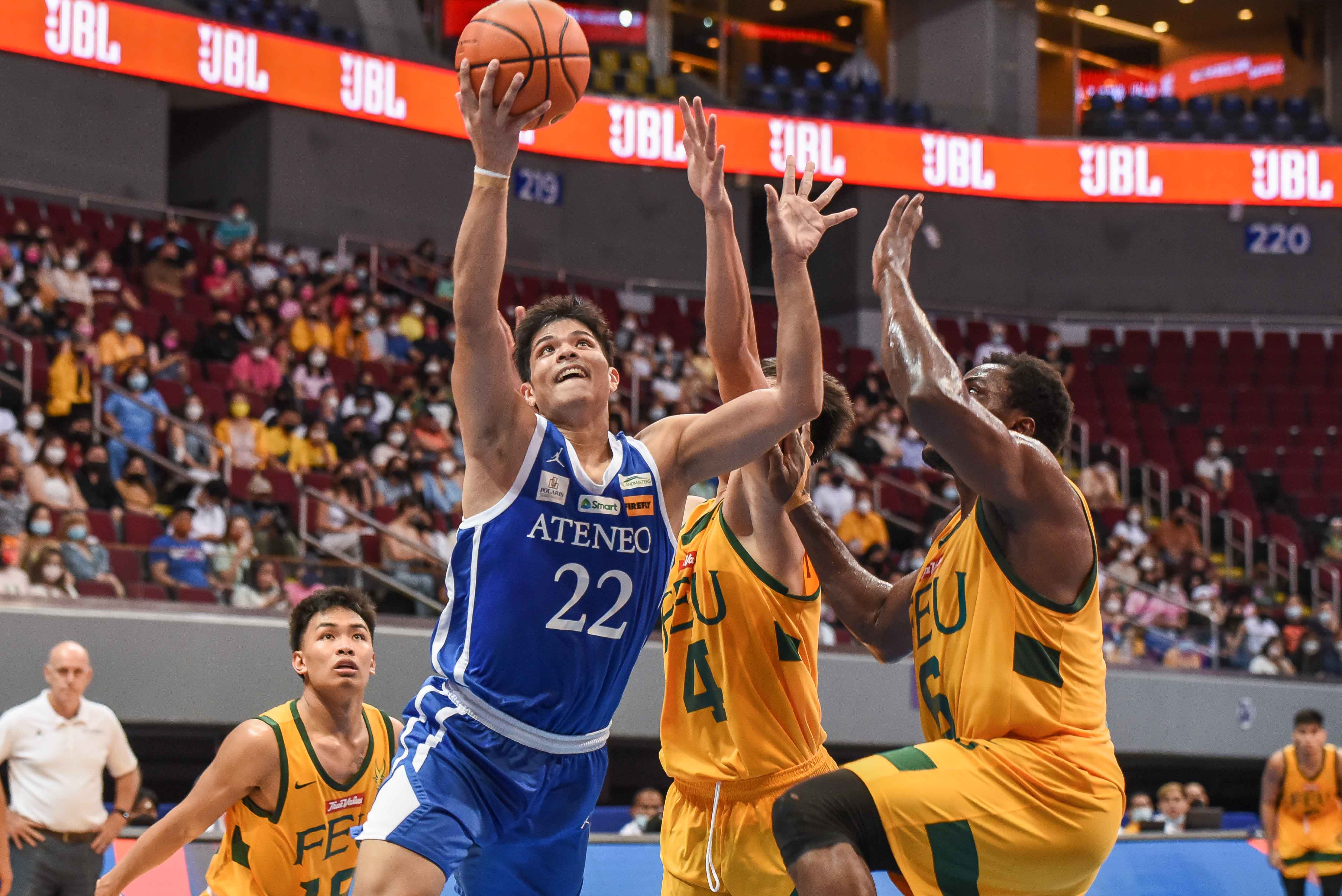 Blue Eagles seek to sweep the double-round elimination against second seed University of the Philippines (UP) on Sunday.

The National University (NU) improved their chances for a Final Four ticket, defeating University of the East, 100-81.

Up by one point in the first quarter, 21-20, the Bulldogs wasted no time and blasted 31 points to stretch their lead to 16, 52-36. UE tried to keep close, but they only managed to cut the deficit by 14 points.

Enzo Joson led NU with 15 points, while Shaun Ildefonso and Germy Mahinay added 12 and 11 markers,  respectively as they improved to a 6-7 slate for fifth.

“It was a total team effort for the whole team. Finally, it’s official that we made it to the Final Four. It was a good win for us and we know that it wouldn’t be easy,” said Green Archers head coach Derrick Pumaren.

Knotted at 43 entering the payoff period Evan Nelle dropped seven points, and big man Justine Baltazar with five in a 16-4 run, to give La Salle a 59-47 lead, 2:57 minutes left in the game.

Schonny Winston led the Green Archers with 19 points, five rebounds, two steals, and a block, while Nelle chipped in 11 markere, five boards, and two steals as La Salle improved to an 8-5 slate for third place in the team standings.

Jerom Lastimosa was limited fo 3-of-13 shooting for 11 points as the Soaring Falcons dropped to 5-8 win-loss record at sixth spot.

The Blue Eagles aim for their 40th straight win in the UAAP, and an elimination round sweep when they go against second seed UP.

ADMU kept a comfortable double-digit lead to enter the final frame, 51-34. The Tamaraws’ RJ Abarrientos tried to cut the deficit by 11, 45-56, but Raffy Verano and Gian Mamuyac answered back seven straight points to keep an 18-point advantage, 63-45.

“I didn’t think we played well today,” said Ateneo coach Tab Baldwin. “I think FEU had a bit to do with that. Gotta give Olsen a lot of credit. Unfortunately for them, they failed to hit open shots.”

Verano had a 17-point, 13-rebound double-double, along with two steals and a block, while Tyler Tio added 14 markers.

On the other hand, Abarrientos paced FEU with 12 points. L-jay Gonzales added 10 markers, seven boards, and four assists as the Tamaraws dropped to a 6-7 slate, tied with NU at fourth.