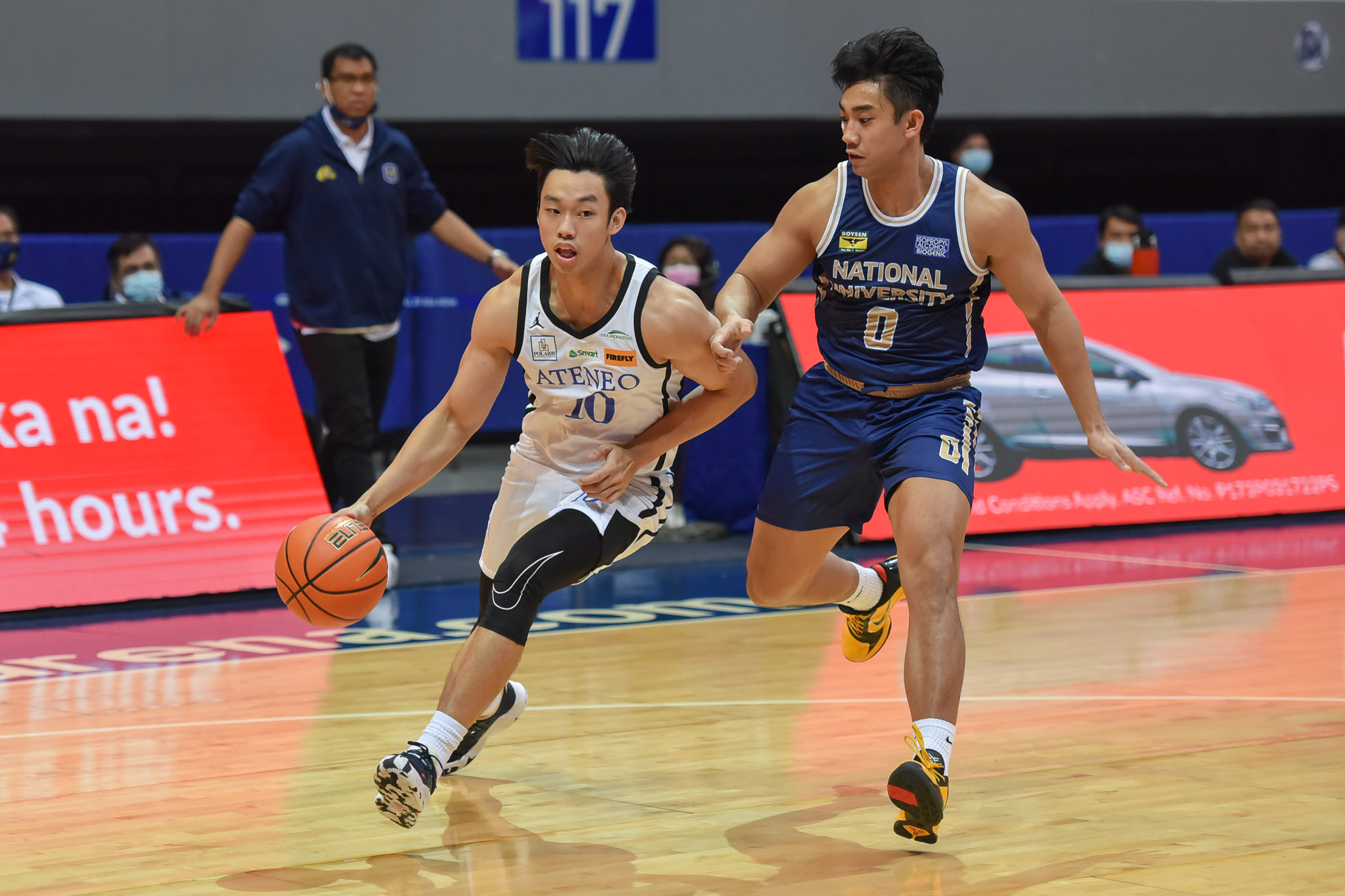 The Ateneo de Manila University (ADMU) is three wins away from an elimination round sweep of the UAAP Season 84 men’s basketball tournament after defeating National University, 89-75, on Saturday, April 23, at the Mall of Asia Arena.

The Adamson University whipped University of Santo Tomas (UST), 80-69, to cruise on their fourth straight win in the tournament.

“I had to talk to the team first (after the game), kailangan silang sermonan. I don’t think they respected the opponent. I thought that in their minds we can win by just stepping on that court. If we don’t play them with respect, tatalunin kami,” said Adamson head coach Nash Racela despite the victory.

Joshua Fontanilla had 23 points, as the Growling Tigers slipped to 3-8 win-loss record at seventh.

The Ateneo de Manila University (ADMU) defeated National University (NU), 89-75, to move three wins away from an elimination round sweep of the tournament.

But that proved to be the closest NU could get as Ateneo cruised to their 11th straight win, and extend their UAAP winning streak to 37, making them undefeated since 2018.

On the other hand, Janjan Felicilda finished 12 markers, eight boards, and five assists as the Bulldogs dropped to 4-7 for the sixth spot.

The University of the Philippines (UP) survived the De La Salle University (DLSU), 72-69, to improve to 9-2 at second, and clinched a spot in the Final Four.

DLSU answered back with 10 consecutive points thanks to Schonny Winston and Michael Phillips to pull within just two, 69-71, 10.5 ticks remaining in the game.

Rivero split his charities, 8.6 seconds left. Mark Nonoy aimed for a three-point shot from the left corner, but missed until time expired

Tamayo led UP with a 23-point, 11-rebound double-double, while Malick Diouf chipped in another double-double record of 15 markers and 18 boards.

Justine Baltazar had 16 points, 12 rebounds, five assists, two blocks, and two steals as the Green Archers dropped to 7-4, which is good for third place. They still have a chance for a twice-to-beat advantage come Final Four.

The Far Eastern University (FEU) joined Adamson at the fourth after defeating University of the East (UE), 91-61.

FEU limited the Red Warriors to just seven points on the first quarter, and extended that lead to 27 in the second frame, 53-26. The Tamaraws never looked back as their lead ballooned up to 39 points, 91-52.

Bryan Sajonia had 17 points, while Xyrus Torres chipped in 15 markers as FEU improved to a 5-6 slate.

On the other hand, Nico Paranada had 15 points, four steals, three rebounds, and a block as UE stayed winless in 11 games.