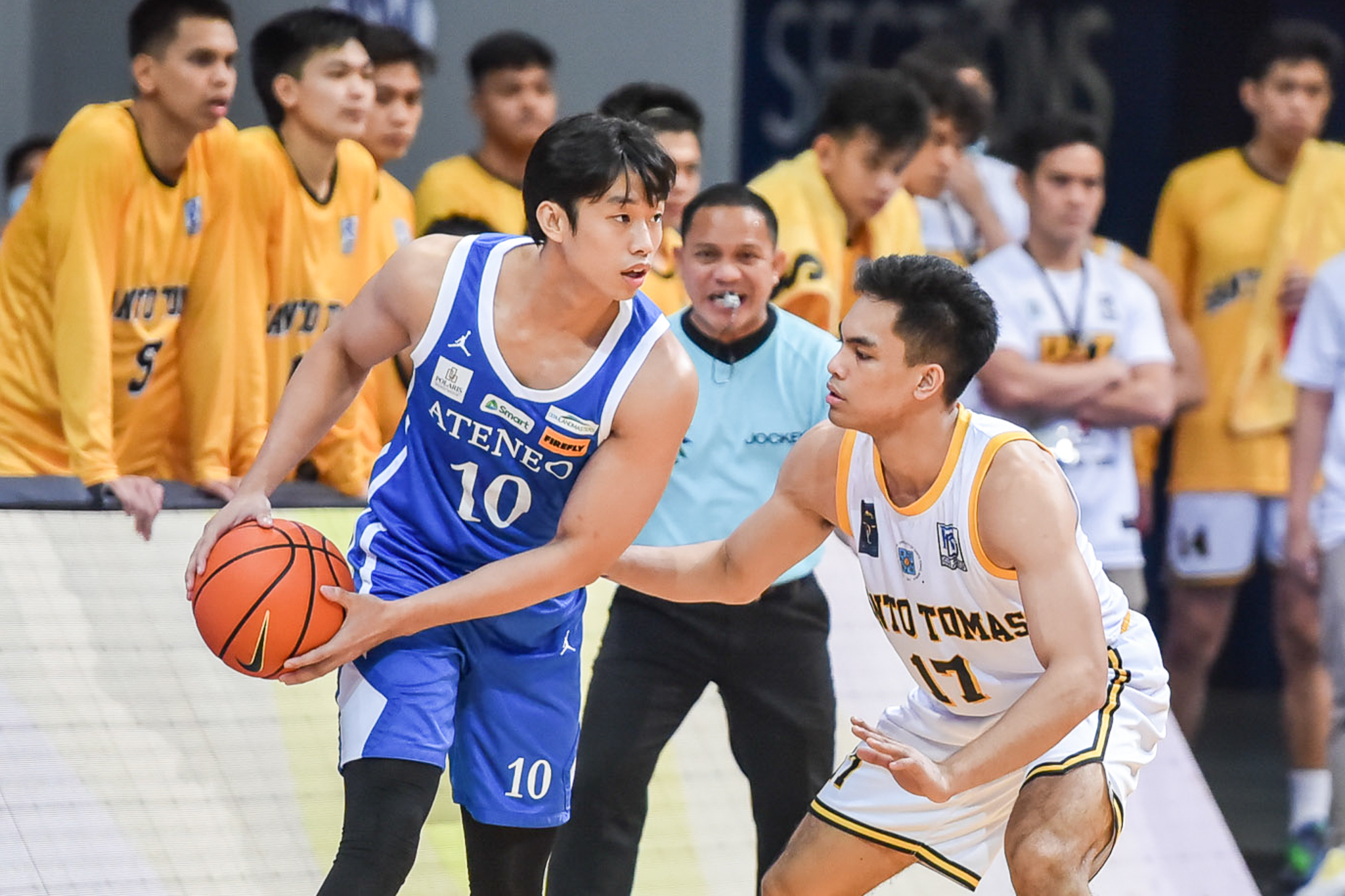 The Ateneo De Manila University (ADMU) overpowered the University of Santo Tomas (UST) by 50 points, 101-51, in the UAAP Season 84 men’s basketball tournament on Thursday, April 21, at the Mall of Asia Arena.

Ateneo handed UST the worst loss in the UAAP history, 101-51, to book the first Final Four ticket in the tournament.

“I think the difference in the scoreline is a reflection that our coaching staff asked for 40 minutes of performance from our players, and that’s something that plagued us this year,” said Ateneo head coach Tab Baldwin.

Raffy Verano led Ateneo with 18 points and seven rebounds, while SJ Belangel chipped in 16 markers, and five assists as they continued their perfect winning streak at 10-0.

On the other hand, Nic Cabanero was the lone Growling Tiger to finish with double digits with 18 points. UST dropped to seventh place with a 3-7 win-loss record.

“We really needed this win kasi NU yung hinahabol namin. We did not give up, especially in the second half. It’s all about trust for us,” said FEU head coach Olsen Racela.

Down by nine points in the third quarter, 40-49, the Tamaraws’ defensive play worked effectively in the final frame, keeping the Bulldogs scoreless in the first nine minutes to pull ahead by one, 55-54.

NU tried to make a comeback with a Michael Malonzo layup and a free throw shot that gave the Bulldogs a two-point lead, 57-55, 37.7 seconds left.

L-jay Gonzales’ split at the charity stripe, and a three by Xyrus Torres in the last seconds paved the way for FEU to seal the deal and tie with NU at fourth seed at 4-6.

Torres led FEU with 16 points, while Emman Ojuola had an 11-point, 11-rebound double-double on top of five assists, two steals, and two blocks.

John Lloyd Clemente, on the other hand, finished with 13 points, five rebounds, and four assists for NU.

Adamson University (AdU) ended University of the Philippines’ (UP) eight-game winning streak with a 66-58 win, and improved to a 4-6 win-loss record for fourth seed in the tournament.

“We were able to beat a powerhouse team, nakakatuwa lang. I think our players deserved that,” said Adamson head coach Nash Racela. “This is a good timing for wins.”

Soaring Falcon Ricky Peromingan was called for a technical foul that gave Ricci Rivero a chance from the charity stripe, 58-62, 17.9 ticks left. But that was the last score UP was able to make, as team captain Lastimosa and Keith Zaldivar put the finishing touches for Adamson down the free throw line.

Rivero led UP with 14 points and five rebounds as the Fighting Maroons dropped to 8-2, still at the second spot.

Tied at 78, Nonoy threw a triple, but missed. He got possession again, and managed to score the much-needed trey in his second try for the lead, 80-78, 49.8 seconds left in the extra period.

Red Warrior Clint Escamis had the chance to turn the game in their favor, but missed both freebies. Nonoy once again got hold of the ball and scored another three, 83-78, 23.6 ticks left.

UE’s Harvey Pagsanjan answered back with two consecutive layups, but big man Justine Baltazar shot his freebies for a sure win for DLSU.

“We really had to dig deep to get this win. I think UE really played well,” said La Salle coach Derrick Pumaren. “Fortunately, we were able to regroup and get the win.”

Baltazar finished with a 14-point, 22-rebound double-double, while Michael Phillips also had a strong 26-rebound, 12-point record that boosted the Green Archers for a 7-3 win-loss record for third seed.

Meanwhile, Pagsanjan had a game-high 23 points and 10 rebounds as UE was eliminated at 0-10.